Richard Linklater on 6 Essential Films He Can't Wait to Screen 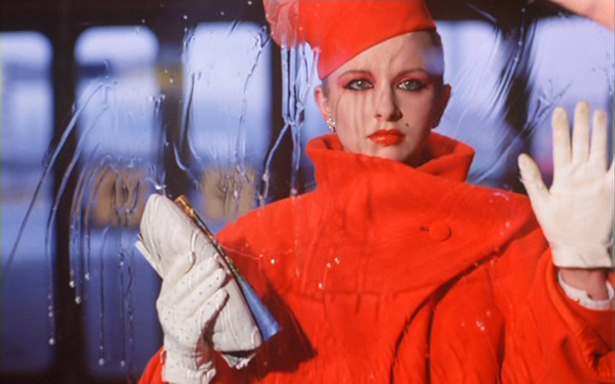 When he’s not making movies, Richard Linklater gets a kick out of watching them, and for 30 years the Austin Film Society has provided an excuse to do just that. Ever since Linklater founded AFS in 1985, the non-profit has played a key role in bringing a wide range of cinema to the local film community. To commemorate its 30th anniversary, Linklater has programmed “30 Years of AFS Programming,” a series that kicks off Wednesday and runs through late December featuring a number of titles that the AFS has championed over the years.

In a conversation with Indiewire about the lineup, Linklater was quick to the point out that the six features and single short film program weren’t intended to be definitive. “There’s no way we could represent 30 years of programming without showing 300 films,” he said. “I’m trying to show the surface.”

Most of the films showed before during director retrospectives that Linklater put together, and he insisted that there will be more highlights to come. “This is just the first batch,” he said, noting that he’s also two years into a proposed three-year retrospective of eighties cinema. (Call it the “Boyhood” approach to curation.) After each screening, Linklater engages with the audience, which is mostly college-aged. “My own personal journey in this is seeing films I haven’t seen in a long time,” he said. “I give it a historical perspective, but not academic. I don’t sit there and tell them what to think.”

Nevertheless, Linklater happily discussed his thoughts on the films from the series and their lasting significance to him. 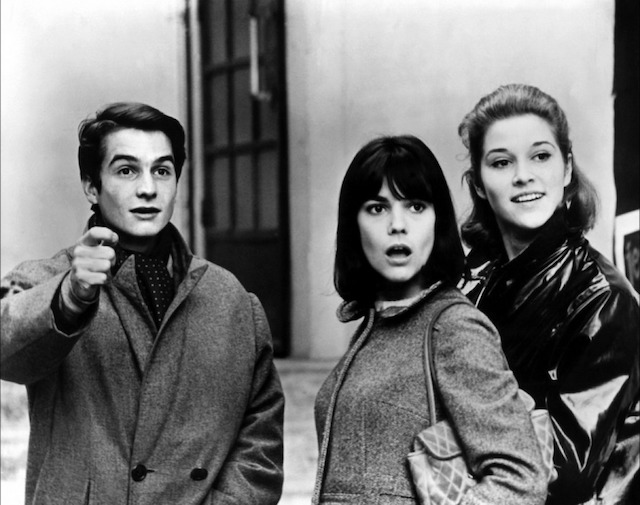 In the eighties, when we were starting the Film Society, every year was a new Godard film. “Hail Mary” was a big deal the year we started the Film Society and you could see it in theaters. “Masculin-Féminin” had been out of print and hard to see. Those days, if it wasn’t on video, you couldn’t just see it, but everyone had read about it. The first time I saw it was on the University of Texas campus, where they had a print. A couple of years later, the Film Society did a Godard retrospective. To me, it’s one of the most interesting Godard films. It’s really pared down. It’s just his portrait of youth and the way he describes it. Such a film of the moment. In a career of incredible performances, it’s one of Jean-Pierre Léaud’s top roles.

Godard’s such an influence on everyone. I hope new generations pick up on that, but I don’t really see it. Where’s that radical Godard-esque about being a young person inundated with technology? He had these kind of witty protest films. This was when he was still a little light on his feet. There’s a lot of humor amongst the angst and protest of “Masculin-Feminine,” but that was slowly going away. By “Wind From the East,” his politics were much more rigorous, absolutist. The films get progressively less fun. They’re still very interesting — and I like them all. One of my favorite films that we showed was “Le Gai Savoir,” which is really rarely seen. I found a 16mm print. It’s just Léaud alone in a room. There are a lot of graphics — you know, a girl in a bathing suit with an arrow pointed to the head saying, “Marx,” and an arrow pointing to the head saying “Freud.” [laughs] That kind of imagery. It still has some humor, but you can see the politics entering in and getting more complete. I loved “Goodbye to Language.” The last 30 years or so have been a very consistent mode for him. 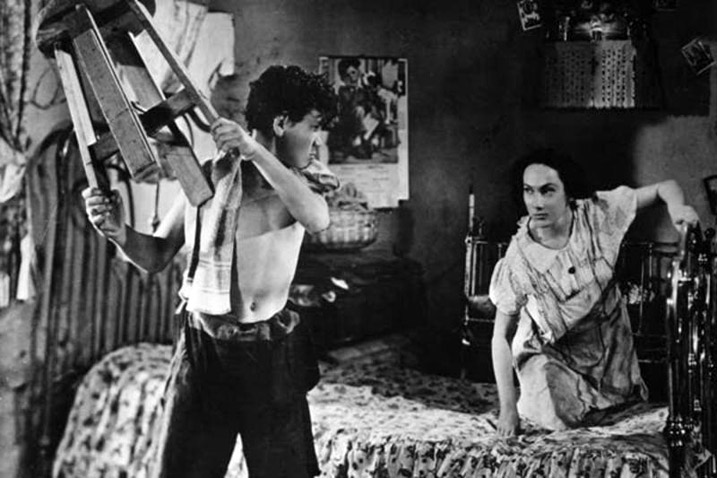 A lot of Luis Buñuel’s later, European films are all great. They showed a lot, got Academy Award nominations, shit like that. It’s the Mexico films, to me, that are the absolute. When he returned to cinema after all those years away from it, the Mexican films of the fifties seem like his great decade. There are a lot of them, and it took off with “Los Olvidados.” That was the first one — and, boy, it’s just one of the great teen movies, if you can call it that. It’s a beautiful, sad story. Without that, there’s no “Pixote,” there’s no “City of God,” there’s no “Over the Edge.” It’s a great genre, the troubled teen. But this is a really beautiful, surreal film. It has that neorealistic vibe, and yet it’s very surreal. All these beautiful slow motion dream sequences come out of nowhere. They’re just stunning.


In a way, this is Robert Bresson’s most accessible film. There’s nothing funny about it, but it’s so swift — a perfect film. With every cut, there’s no misplaced beat. The later films still had that same formal momentum, but “Pickpocket” — maybe because of the nature of it, the guy’s on his feet — it really clips along. It’s lean and mean Bresson. You never sit an extra second in the theater with a Bresson film. He’s the most elliptical, beautiful, cleanest storyteller ever. And it is a good story, based on “Crime and Punishment.”

In his ’80s, he did “L’Argent,” which I just showed in my ’80s series. That was the first Bresson I ever saw and made me want to see more. Then I programmed this big Bresson retrospective because I greedy and wanted to see all the films. It did really well. I sent Bresson a letter and showed him the press for the series. I got a really wonderful, lengthy letter from him. That’s one of his prized possessions.

“Ticket of No Return”

This was kind of bopping around in the ’80s, but I was surprised we could find a print of it. I haven’t seen it in 20-odd years. Ulrik Ottinger was the most real and experiment of all the German New Wave directors. She was probably the most out-there, too. She’s a fascinating artist in that world. It’s more radical than Fassbinder, Herzog, all those guys. She’s as cool as them, but this takes it to a whole new level. The subtitle is “Portrait of a Woman Drinker,” and the movie is hard to describe. It doesn’t have any dialogue. The woman gestures. I want to see it again, because I was fascinated by it the first time. I thought it was almost like an “Umbrellas of Cherbourg” kind of thing where they sing every word. This is like they gesture every word. I like the radical Germans — the Werner Schroeters and Ulrik Ottingers. They’re even more out-there. Their films don’t show quite as much. This one is barely known, but I remember it as being stunning and wonderful. I want to show it to a bunch of people and see what they think, because I remember thinking, “This thing is amazing.”


This is the one that people crap on. They say it doesn’t work. I programmed it once as part of a musical series and hold it in very high regard. I think it’s one of the more complex modern musicals. It’s still brutal. Jimmy Doyle is not that different from Jake LaMotta — one’s a boxer and one’s a sax player. He’s a passionate, impatient guy. But it felt completely out of time and place when it was released, which is kind of beautiful. You make a film from your heart. On the surface, it might look crazy: The guys who just did “Taxi Driver” going back to the big band era. Could you be less hip in 1977, the year that “Star Wars” opened? It was the same year as “Saturday Night Fever.” Could you get any more contemporary than that?

Here’s this film from the big band era about big band shifting into bebop with De Niro playing a kind of dickish guy. But it’s such a bold movie — and a very personal one. It was something that meant a lot to the people who worked on it. It was a very personal expression. It’s amazing that it got made, but you can see how it did, with the clout it had at that moment.

The whole group of them — Coppola, Lucas, De Palma, Schrader, Scorsese — they’re all working on their movies at that moment. Lucas’ wife was editing “New York, New York” and it’s the one that has all the heat going for it: “Hey, Marty’s making this movie, here it comes,” and George is working on this fucking outer space thing that seems really kind of weird. Then he showed it to everybody and De Palma’s making fun of it. Then, boom, could you have more of a contrast at the box office and their careers? The culture is going one way, and here’s this film completely out of its time. Yet that film, “New York, New York,” dammit, is really intense. It’s very cinema-literate. I think it just put people off. They wanted realism. To see these clearly artificial sets, with Scorsese making his Minnelli musical — people were going, “What the fuck?” 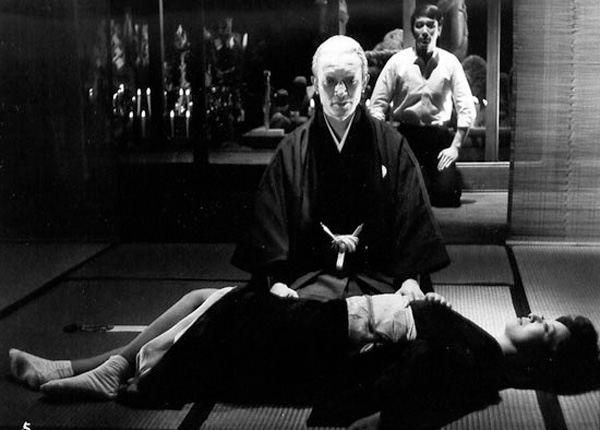 I’m a huge Nagisa Oshima fan. He was one of the most radical Japanese directors to come up in the ’60s. That was another one where I was greedy and programmed a retrospective to see all of his films. He’s such a master. His Cinemascope films were especially gorgeous. “The Ceremony” is intense — it’s another multigenerational family drama about Japanese history. It’s very ambitious on both the family and political level. I haven’t seen it in a long time, but I remember thinking it was a masterpiece like so many of his films. He was just not afraid to go all the way with an idea. Look at “In the Realm of the Senses” or any number of his other films. He was just hardcore. There’s no other way to put it. Oshima was just a total hardcore badass. He was dodging censors unhappy with his political message about postwar Japan. But he kept going, making these films.

READ MORE: Happy Birthday, ‘Boyhood’! Linklater and Company Reflect on the Year Their Movie Grew Up

This Article is related to: Features and tagged Austin Film Society, Richard Linklater