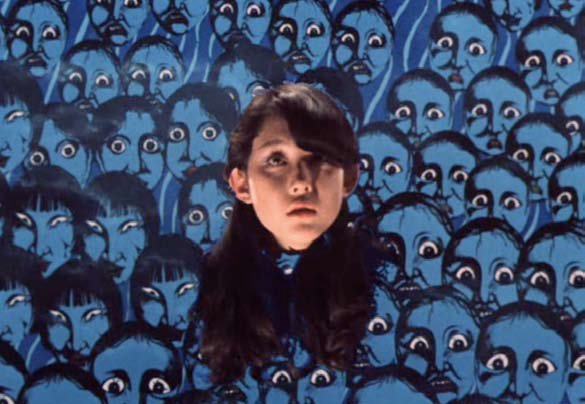 READ MORE: Why the Japanese Film Industry is Hopeful For the Future

A piano comes to life and hungrily devours the young girl playing it. A watermelon transforms into a severed head, which then vomits blood and bites a schoolgirl on her butt. Blood-spewing paintings, dancing skeletons and a demonic white cat: these fever dream images will be familiar to anyone who’s experienced the phantasmagoric, hilarious waking nightmare that is Nobuhiko Obayashi’s 1977 Japanese horror movie “House.”

First unleashed upon the English-speaking world by The Criterion Collection in the late 2000’s, it’s become a true cult item in subsequent years, but surprisingly little else from the director’s vast filmography has been given any exposure overseas, despite his status in Japan as one of the few filmmakers from the sixties still turning out movies.

That oversight is finally corrected with “Nobuhiko Obayashi: A Retrospective,” a 10-film series running from November 20 – December 6 at New York’s Japan Society. And if your exposure to Obayashi’s trippy and fantasy-tinged view of the world has so far been limited only to “House,” get yourself ready for another trip.

Nobuhiko Obayashi was born in 1938 in a town near Hiroshima called Onomichi, a location that would figure into many of his later films, including a well-respected trilogy set in the hilly seaside town (one of the films, 1982’s magnificently fun, “Freaky Friday”-style body-swapping fantasy “Exchange Students,” screens as part of the New York retrospective). He went to Tokyo in the late fifties to join the growing experimental film scene there, and the radical political climate of the times and general openness toward new forms of expression gave Obayashi the perfect opportunity to explore his interest in cinema, history, and music.

He made about a dozen 8mm and 16mm films and is still considered one of the godfathers of the experimental film world, with many of his shorts readily available if you look for them online. While all are non-narrative in form, they feature the same playful mix of cinema techniques and special effects that would come to define his later works, and Japan Society will be screening his 1964 short film “Complex” alongside “House” during the retrospective.

A public screening of Obayashi and other directors’ experimental shorts in the late sixties caught the attention of an executive at one of Japan’s leading advertising agencies, who felt that, if these filmmakers could tell a story in only a few minutes of screen time, they could also make their mark in the new world of television commercials.

Obayashi was the only one of the group to accept the offer, and spent the next decade innovating the form in the same radical way that he had in the experimental film world, often working on overseas shoots with foreign talent like Sophia Loren, Catherine Deneuve, Ringo Starr, and Kirk Douglas. The most famous of his commercials were from a series of ads Obayashi did with Charles Bronson for a Japanese cologne called “Mandom.”

Something of a YouTube sensation in recent years, the commercials are hard to believe at first glance, featuring a pre-“Death Wish” Bronson shooting a pistol, riding horseback, or cooking over a campfire, before heading home for a shirtless nightcap and a dose of Mandom before bedtime. Approaching “House” in the level of lunatic invention onscreen, the Mandom commercials are short films in their own right, and established Obayashi yet again as a remarkably creative talent who refused to be limited by the boundaries of his chosen medium.

After making more than 2,000 commercials for various agencies and establishing himself as one of the best-known directors in the field, Obayashi was approached by a colleague at Toho studio, which was looking for a commercial horror-type film to release in the late seventies after the worldwide success of “Jaws.”

Obayashi enlisted the help of his young daughter Chigumi and came up with the story for what might be considered the ultimate adolescent bad trip, drawing on her own nightmares and anxieties to tell the tale of a group of seven high school girls who spend a weekend in the country at a haunted house. Film studios in Japan at the time were so desperate to bring in the audiences they’d lost since the fifties and sixties that they virtually handed Obayashi — who’d never made a feature film before — the keys to the studio. The result, as expected, felt like a film made by someone who thought he might never have the same chance again: a maelstrom of comedy, horror, melodrama, wall-to-wall music (piano by Obayashi himself!) and special effects techniques invented on-set by the director and his crew. 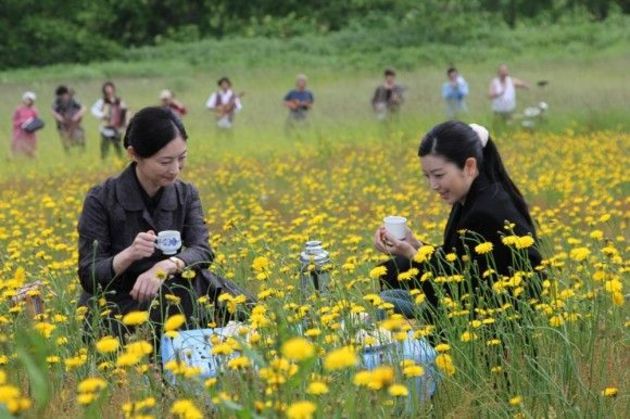 Despite what he may have thought at the time, Obayashi has been active as a feature filmmaker ever since “House,” and has made films in virtually every genre imaginable (including anime). While all the titles in the Japan Society retrospective have their own merits, audiences seeking another horror-tinged story should check out 1988’s “The Discarnates,” also known as “My Summer with Zombies,” about a screenwriter who encounters his parents one day in an old Tokyo neighborhood, despite the fact that they died when he was a boy.

He begins spending time with them, not realizing that they are malevolent spirits sucking out his life essence. A sentimental and nostalgic story that ends with an exorcism — featuring Obayashi’s trademark use of wild special effects — it’s alternately sad and terrifying.

Obayashi’s 1998 film “Sada” takes the real-life story of Sada Abe — also dramatized in Nagisa Oshima’s sexually explicit “In the Realm of the Senses” — and spins a surprisingly poignant and nudity-free tale of a woman who falls into amour fou with a merchant, only to strangle him and sever his penis after a three-month affair. Focusing on Sada’s youth and her later work as a prostitute for more than half the film, Obayashi once again throws nearly everything at the screen to create a sympathetic alternate history for of one of Japanese cinema’s most notorious characters.

Even Obayashi’s more straightforward dramas come packed with invention and a love for the medium. Starring a young Tadanobu Asano, the entertaining youth drama “The Rocking Horsemen” (1992) is about a group of high school boys who hear The Ventures’ “Pipeline” on the radio and decide to form their own surf rock band in the mid-sixties. “Bound for the Fields, the Mountains and the Seacoast” features another group of young schoolboys, this time in the pre-war thirties, who form a group of faux soldiers to rescue a female friend of theirs from being sold into prostitution.

Both are bittersweet, and nostalgic for youthful times, but tinged with the harsh realities of growing up as well as the problems of the changing political climates of each era.

Obayashi’s latest work, 2014’s masterful “Seven Weeks,” also begins with the intimate story of an extended family gathering for the memorial of their patriarch, a well-known physician in a northern Japanese town. Over the next three hours, it expands to encompass decades of Japanese history, several wars, a romantic triangle, and even ghosts in a deliberately fragmented narrative that is never less than captivating, and feels like something made by a director several decades his junior.

It’s a remarkable achievement for a filmmaker who turned 77 this year, particularly since it was self-produced on a low budget, and features over a dozen main characters, plus abundant special effects. Despite the fact that most filmmakers his age have long retired, Obayashi remains very clearly in love with moviemaking, and shows no signs of slowing down.

This Article is related to: Features and tagged Features, Japan, Japanese