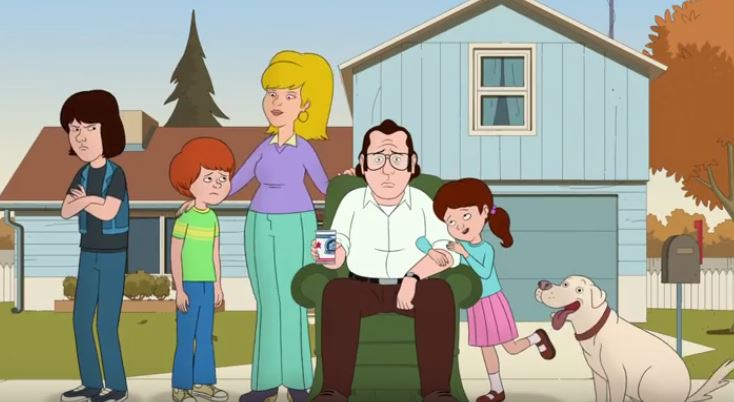 READ MORE: Last Call: 54 Films Leaving Netflix in November (and 7 You Must See)

Netflix’s stock of increasingly endless original content grows with “F is for Family,” its next animated series. The comedy follows the Murphy family during the loosey-goosey 1970’s.

The creative team behind “F is for Family” includes co-creators Bill Burr and Michael Price, as well as executive-producer Vince Vaughn. In addition to Burr, the voice cast is rounded out by Laura Dern and Justin Long. A short teaser for the show features some of the Murphy family’s escapades in a series of Polaroid shots, all scored to the 70’s classic “Come and Get Your Love.”

“F is for Family” Season 1 is set to premiere on Netflix on December 18. Check out the groovy teaser above.

READ MORE: Will Netflix’s Next Animated Winner Be Bill Burr’s ‘F is for Family’?