Watch: 'The Walking Dead' Prologue Teases Second Half of the Season and Introduces a New Villain 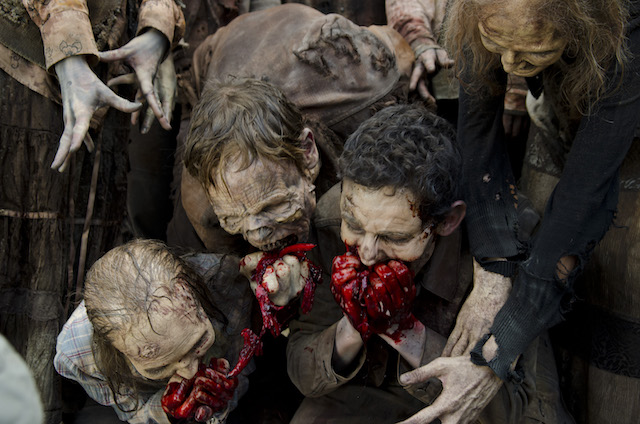 Just following last night’s mid-season finale of “The Walking Dead,” AMC aired a two-minute scene promoting the second half of the season. Though the scene doesn’t reveal too much, consider this a spoiler alert for those who aren’t caught up with the season.
The scene opens with Daryl, Abraham and Sasha quietly driving down an empty road when suddenly they run into a nefarious looking gang of armed bikers blocking the road. Things get heated when one of the bikers demand Daryl and his crew to step out their vehicle and join them on the side of the road — and that’s when Negan’s name is introduced.
Though it’s the first time the character’s name has been mentioned on screen, the character has been teased for a couple of weeks now in ongoing reports. “Supernatural” actor Jeffery Dean Morgan has reportedly signed a deal with AMC to play the villain, though he won’t make an official appearance until the season finale next year.
“The Walking Dead” is set to return on February 8 at 9pm on AMC. In the meantime, check out the prologue teaser above.

This Article is related to: News and tagged AMC, The Walking Dead