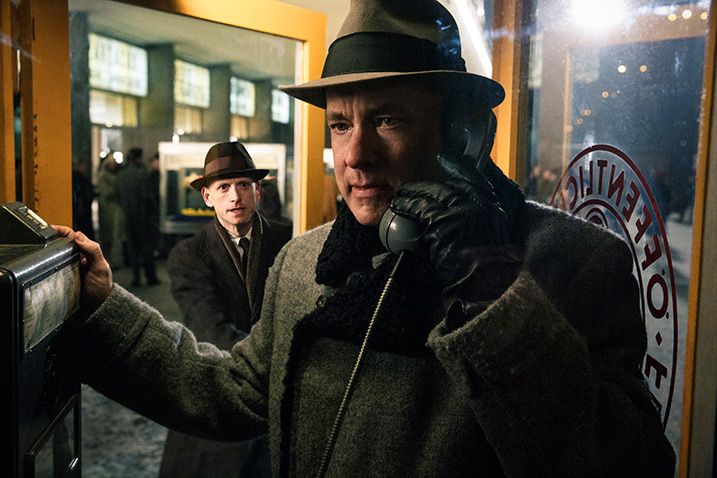 The 2016 Tribeca Film Festival has just unveiled the first wave of programming for its 15th annual edition, which runs April 13-24, including a new platform called “Tribeca Talks: Storytellers” that will include in-depth conversations with leading creators such as Tom Hanks, Tina Fey and more. The panel series will take place at the Tribeca Festival Hub, which will return to Spring Studios this year and host a series of virtual reality and immersive storytelling experiences along with several other special events.

Part of the Hub’s programming will include the world festival premiere of “Invasion!,” the first VR, interactive, animated film from Baobab studios, which pits two bunnies against menacing aliens who try to claim the Earth. The Festival also announced that Felix & Paul Studios will be the Hub’s “Featured Creator” for 2016. The innovative VR directors will appear at “Imagination Day” and a selection of their work will be presented throughout the festival.

“We are in a new age of storytelling experiences and experimentation with tech,” said Genna Terranova, Festival Director. “Technology that was once available only for a select few creators has now moved into the mainstream. For the last five years, Tribeca has been an accelerator and platform that gives experiential storytelling visibility. Our responsibility now, along with the talented Felix & Paul Studios and Baobab Studios, is to fuel this new community’s collective imagination, create a place where ideas can be exchanged to make the stories even better, and push these new mediums forward.”

Once again, the Hub will showcase “Storyscapes,” a juried section of the programming which exhibits interactive storytelling and technology set to take place from April 14-17. Additionally, the fifth annual TFI Interactive is set to bring together some of the best and brightest from the worlds of media, gaming and technology for an all-day forum and “interactive playground” on April 16.

“When we started the Festival 15 years ago, we did so with the belief that film and culture had the power to unite a community,” said Jane Rosenthal, co-founder of the Tribeca Film Festival. “That has continued to drive our mission, but as Tribeca has grown, so has our definition of storytelling. We are looking forward to hosting some of the most exciting creative minds in the world at our Hub this year and helping bring their experiences and views to life for our audiences.”

Festival Hub Passes are available now to the general public and provide an all-access experience to TFF’s creative center. Passes are on sale now with special early discount pricing for $399.00 through December 31 and are available here.

READ MORE: The Winners of the 2015 Tribeca Film Festival