By Keeping Its Ratings Secret, Is Netflix Hurting the People Who Make Their Shows? 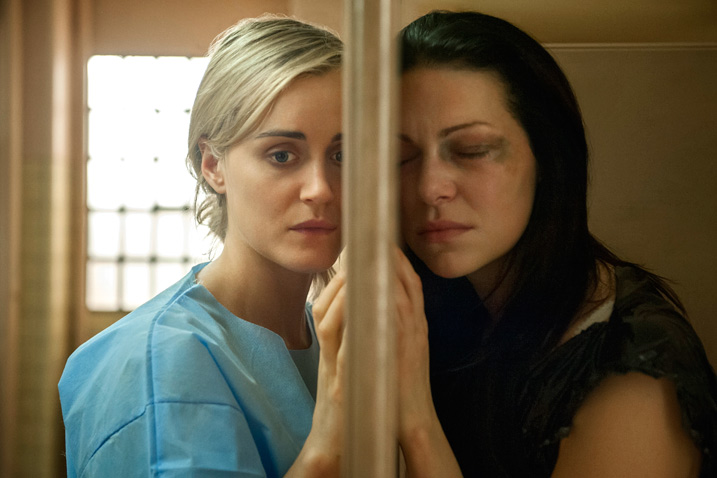 In a recent article on Vulture, Maria Elena Fernandez and Josef Adalain asked a group of actors, writers, producers, directors and more how seeing ratings every week affected them personally and professionally. Answers were as diverse as those being asked the questions, but most creatives discussed being extremely nervous, with “Survivor” host Jeff Probst going as far as to say, “the mere process of writing about the topic of ratings has made my stomach turn.” So it makes sense that if you work for a streaming site that doesn’t disclose ratings — your Hulus, Amazons and Netflixs — you would be enthusiastic about those numbers being kept private — like Liz Tigelaar, an executive producer of “Casual,” who called ratings “overrated,” and said she was glad to be off the “arbitrary ratings roller coaster.”

Yet Adam Pally had a different take. The actor and comedian known for his standout roles on “Happy Endings” and “The Mindy Project” (now on Hulu) said he “was never scared of ratings,” and then brought up an interesting and dangerous idea: “Still, and I can’t stress this enough, I believe in ratings,” Pally said. “And I can’t stand that the streaming services won’t give total access to their numbers. It feels like some kind of way to prevent creative entities from knowing their true worth, and forcing them to work for a number that may be below their value. Though I do admire these same services for their short series orders, solid promotion, and hands-off approach, I would like to know just how much Jenji Kohan means to Netflix, ’cause I’ll tell you right now: Daddy knows that bad bitch is underpaid.”

Pally is speaking to the point that not only are we, the general public, denied access to Netflix’s ratings reports, but so too are the creators of its original programs. In another report by Adalian, a person involved in producing shows for Netflix said, “As not transparent as they are to the press, that’s how not transparent they are to us. […] They would promise all the time to be more transparent. I heard for months, ‘We’ll give you the [ratings]’ … But they’d keep delaying. They wouldn’t show us.”

“I’ve never heard numbers expressed in millions or hundreds of thousands of views,” one studio executive said. “It’s more like early box office: ‘You’re off to this kind of start.'” Others claim Netflix will offer an idea of how a show is performing, but won’t get into specifics. “They’d tell you, ‘You’re doing better than this show on a linear network,'” a writer/producer on a Netflix series said. “Or they would offer demographic input. They’re willing to give you a sense of where your show is more popular than something else.” 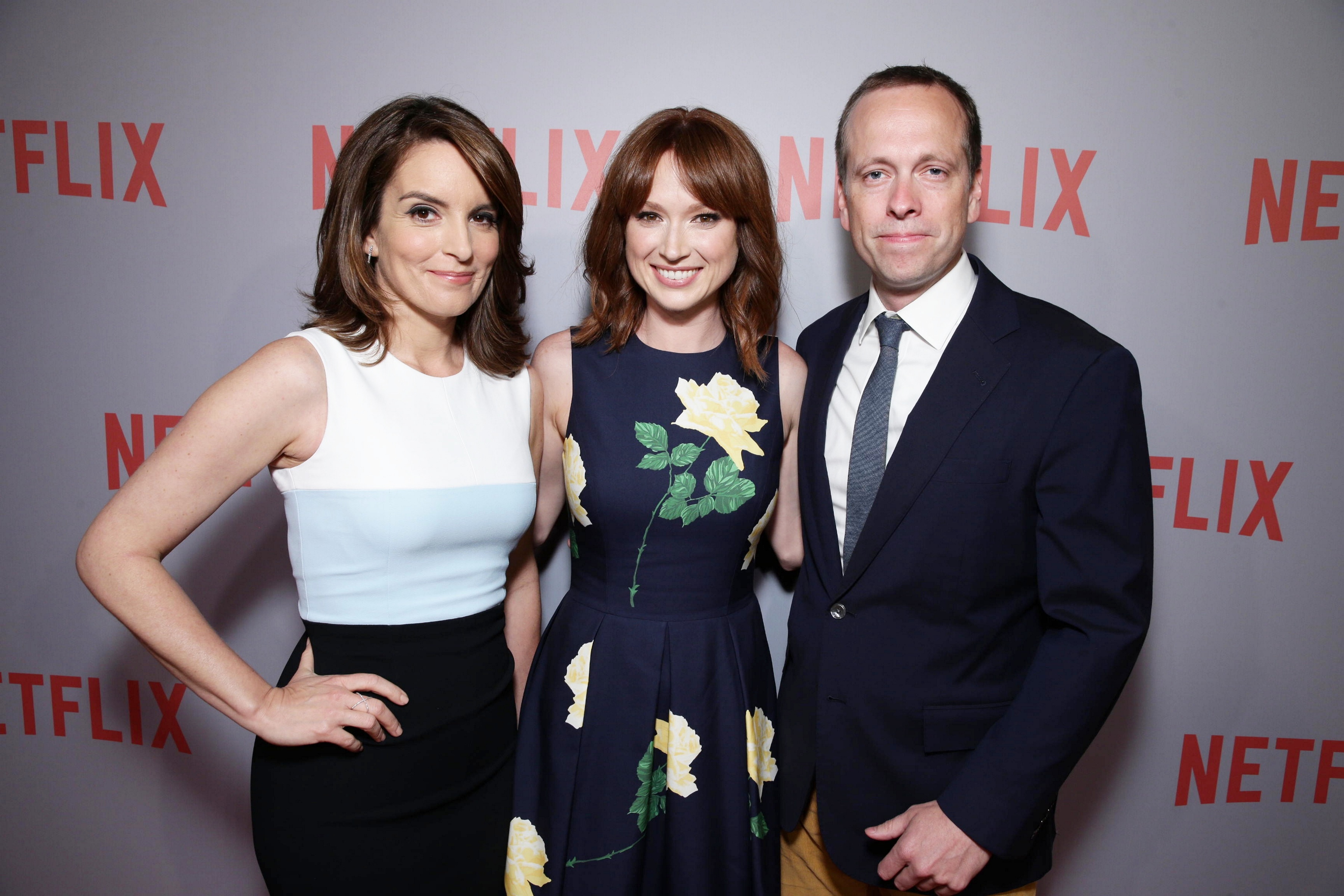 Be it Jenji Kohan or Tina Fey, no one is seeing these numbers. Netflix even manages to keep most of its important data hidden from the networks licensing their content to the streaming giant (Fox and “Gotham,” NBC and “Friends,” etc.). “If a studio has enough leverage to negotiate it with Netflix, they’ll get a data readout from them,” one network insider said. “It’s monthly, and it’s basic stuff, like how many people start every episode.” Another source said, “It was just streams to date, and it was only for the shows we produce.”

While that’s certainly an improvement on what Netflix Originals’ creators are seeing, it still speaks to a troubling idea for the industry at large. If Netflix executives are the only people who know the value of their content, how is anyone supposed to negotiate for a fair wage? Be it Kohan and Fey with their individual contracts or the production companies negotiating deals that will determine payouts for individual employees as well as residual checks to talent, the streaming powerhouse seems to have the higher chair in negotiations.

Take, for instance, SAG-AFTRA. Following the merger of the two unions, members approved a new TV/Theatrical contract in a three-year deal struck in August 2014. Under the old agreement, residual payments to actors were based on a fixed-fee structure. For network primetime dramas, above-the-line actors’ residuals were paid based on how many times their episode aired (40 percent of their minimum compensation rates for the first re-airing down to 5 percent by the 13th and every episode after). One can easily imagine how the introduction of licensing to Netflix, Amazon and the rest of the streaming services complicated this set-up, especially if no one knew how many times those episodes were being viewed. Plus, fewer shows were heading to syndication, and fewer people were watching the ones that did on cable when they had the option to binge them (or another show) somewhere else.

Under the new deal, residuals are based upon a percentage of the rerun licensing deal. This is certainly better news for actors as compared to the old deal, but those licensing deals are now all the more important for everyone connected to the content within them. Netflix reportedly paid top dollar for shows like “The Blacklist” and “Friends,” but how is anyone supposed to know the actual value of those shows, when we don’t know how many people are watching? The open market may create bidding wars for certain properties, thus allowing capitalism to determine the apt cost of entertainment, but programming done in-house or renewed years after the initial bid are different stories.

That being said, at least one Netflix creator is okay with the negotiation split. Marta Kauffman, co-creator of “Grace and Frankie” (and a co-creator on “Friends”) spoke to a gaggle of reporters at the Summer TCAs, and when she was asked how the cast might know if they’re worth more if they don’t know how many people are watching, Kauffman replied, “Because it’s not based on how many people [are watching] anymore. I don’t think that’s the issue, at least for us. How do they know? They know how good they are. They know how good the show is.” 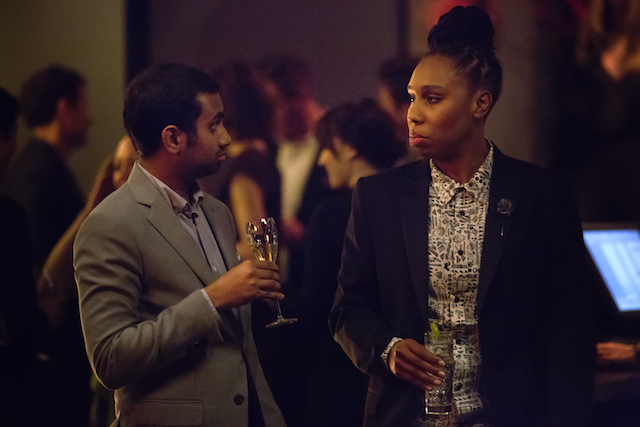 Perhaps that’s good enough for established actors like Jane Fonda and Martin Sheen, but what about fresher faces? When Indiewire spoke to Alan Yang and Aziz Ansari about “Masters of None,” it was on the day Netflix announced how many people watched the network’s original film, “Beasts of No Nation,” marking the first time the streaming giant had ever shared such data. Ansari’s reaction was on point, both shocked and intrigued by how many people watched and what it might equate to at the box office. But for his own show, he said what many Netflix creators say when asked about ratings. “The rating stuff I don’t really care about,” Ansari said, before sharing a similar relief in not knowing as Liz Tigelaar did with “Casual,” even citing that the Nielsen numbers “don’t really mean anything.”

Ansari is a big name. Not only is “Master of None” earning rave reviews across the board, but his stand-up specials have been the blockbusters of that field. He’s sold out Madison Square Garden and even written a best-selling book inspired by some of his conversations on stage. Those specials are almost all available on Netflix, too, putting Ansari very much in their camp of coveted original content creators.

His co-creator on “Master of None,” though, is strictly behind-the-scenes. Yang is a young man, but well-established in the industry after finding success with “Master of None” and “Parks and Recreation” (both of which licensed to Netflix right now). When asked what he thought of the company’s secrecy toward ratings, Yang said, “If we had just made ‘The Avengers,’ or something clearly for a large audience — that 50 million people wanted to watch — and then no one ever showed us numbers, then maybe we’d be disappointed. [But] to us, this feels like a series of films that we made for people who were interested in that kind of thing. […] So, at that level, I don’t really care about numbers. I’m pretty sure it’s not 50 million people. But maybe it is.”

But is it a positive? It may be unlikely that 50 million of Netflix’s 65 million subscribers are watching “Master of None,” but what if they are? Shouldn’t Mr. Yang be paid accordingly for a second season, just like the creators of “Empire,” “The Walking Dead” and other ratings behemoths are, when everyone knows how many people are watching? It’s hard to take a firm stand on the issue when so much is unknown. Netflix could be exceedingly generous, after all. The question remains, though, even if the details of such deals are kept under wraps. Which, of course, is just the way Netflix likes it.

READ MORE: Netflix Ratings Report: How Many People are Watching ‘House of Cards,’ ‘Daredevil’ and More?