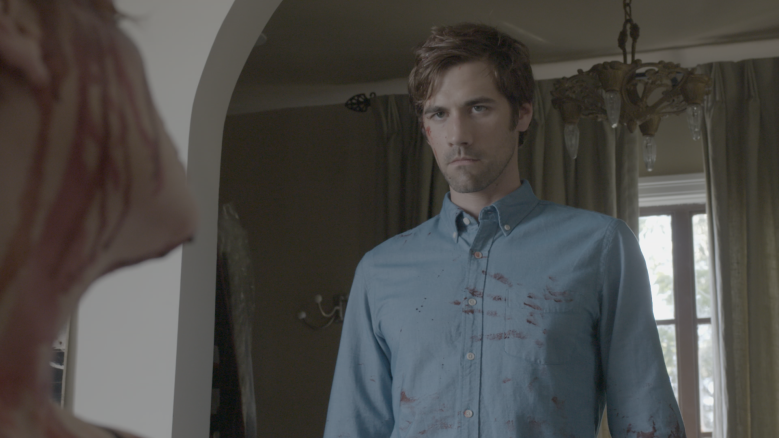 Wolfe Releasing has acquired the distribution rights to writer-director Jim Hansen’s “You’re Killing Me,” an LGBT comedy-horror film that has played at numerous horror festivals throughout the year. The deal gives Wolfe Releasing all worldwide rights to the film, and the company is planning a 2016 spring release on DVD, VOD, cable and additional digital platforms.

“You’re Killing Me” stars Jeffery Self as an internet comedy star whose friends are so steeped in irony and sarcasm they don’t know a serial killer when they meet one. When George’s handsome new boyfriend (Matthew McKelligon) tells him he’s a murderer, George thinks it’s a joke and plays along. As George’s friends start disappearing one by one, the remaining group takes matters into their own hands. Drew Droege, Jack Plotnick, Mindy Cohn and Bryan Safi co-star.

“Jim Hansen and Jeffery Self have created an original and wholly new genre twist with this gay serial-killer comedy film,” said Wolfe Releasing President Jim Stephens. “The level of creativity and talent in this film is tremendous. Matthew McKelligon’s ‘Dexter’-esque lead performance is especially outstanding and we are truly proud to be bringing it to audiences everywhere.”

“You’re Killing Me” world premiered at 2015 Inside Out Toronto. The deal was negotiated by Stephens and Grant Derkac and Cullen Conly of ICM Partners.

This Article is related to: News and tagged Acquisitions, Wolfe Releasing