How Independent Is the Sundance 2016 TV Lineup? (And What You Can Already See Online) 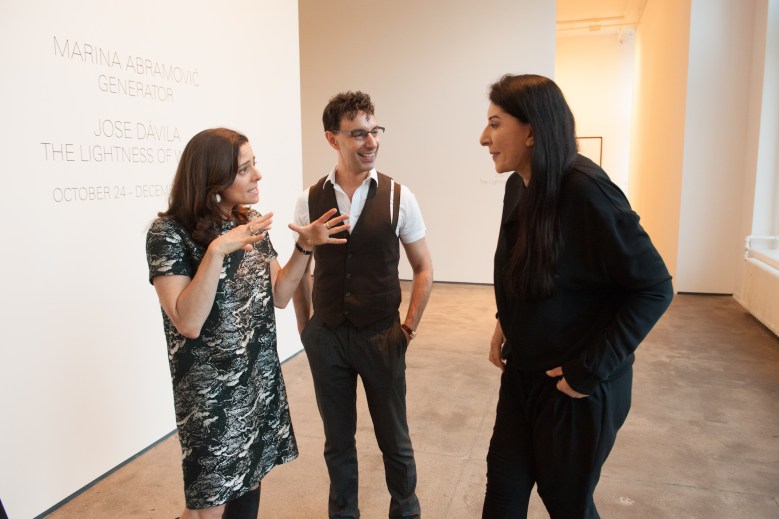 For those who track the intersection of episodic content and independent productions, film festival announcements are getting more and more exciting, and this year Sundance is putting some serious skin in the game with a large portion of its Special Events lineup.

Because the concept of independent TV is still a tricky one, nearly all the series premiering at Sundance 2016 feature mainstream backing. Hulu, Netflix, Amazon, Starz, CNN and ESPN are all represented with three documentaries, three scripted series and one hybrid format.

“O.J.: Made In America” is director Ezra Edelman’s 7.5-hour documentary series, produced as an ESPN 30 for 30 project. “United Shades of America,” commissioned by CNN last spring, features comedian W. Kamau Bell traveling around the weirdness of America. “The New Yorker Presents” is a blend of sketch, interviews and documentary that comes to us courtesy of Amazon Studios and Alex Gibney.

Excitement on the scripted side will likely be split (depending on your enthusiasm for James Franco and/or Steven Soderbergh) by drama premieres “11.22.63” and “The Girlfriend Experience.” “11.22.63,” based on the Steven King novel about one man’s (Franco) efforts to use time travel to prevent the Kennedy assassination, features some indie cred behind the camera thanks to director Kevin Macdonald.

Meanwhile, “The Girlfriend Experience” represents Soderbergh’s second major foray into television, an episodic translation of the 2009 film starring Sasha Grey being produced for Starz. Soderbergh’s not behind the camera this time, the way he is on Cinemax’s “The Knick,” but filmmakers Amy Seimetz and Lodge Kerrigan, who head up the series, have plenty of indie cred.

But the most independent of the line-up is “The Skinny,” created by and starring YouTube filmmaker Jessie Kahnweiler, which crowdfunded its way to a complete pilot, and then got picked up to series by Refinery29 and Wifey.tv (the latter of which, fun fact, was co-founded by “Transparent” creator Jill Soloway). The dark comedy about bulemia co-stars Illeana Douglas, and while only a teaser for the show is available online, you can check out Kahnweiler’s YouTube channel for a pretty rich sampling of her work.

Not attending Sundance? Well, while technically all of these projects are currently listed as world premieres, you can actually watch the first episode of “The New Yorker Presents” now, as it’s been available on Amazon since January 2015 thanks to its open pilot program. “Chelsea Does,” the four-part documentary series produced by Netflix and starring Chelsea Handler, was previously announced for a January 2016 premiere. UPDATE: An announcement from Netflix this afternoon reveals that “Chelsea Does” will premiere at Sundance on Friday, January 22, and then make its Netflix all-at-once debut on Saturday, January 23.

As we continue to redefine what it makes to make independent television — and independent content in general, really — it’s announcements like these which hint at where the industry is now looking. The new normal might be increasingly focused on digital, and might also have studio backing, but it also happens to spotlight some unique voices outside the realm of the mainstream. Which is always exciting to see, especially when a festival is relatively new to a medium. In 2015, Sundance’s episodic offerings were limited to the Mark Duplass-produced “Animals.” and Andrew Jarecki’s documentary series “The Jinx.” Not only does this 2016 line-up represent major growth, but it also generates serious excitement for 2017.

Check out the full list of episodic offerings below. The Sundance Film Festival kicks off on January 21.

“Chelsea Does” (Netflix) / U.S.A. (Director: Eddie Schmidt) — This four-part documentary series features Chelsea Handler as she explores topics of personal and universal fascination: marriage, racism, Silicon Valley, and drugs. The Festival will premiere one installment of the series with clips from the other three installments, followed by an extended Q&A with Chelsea Handler, Director Eddie Schmidt, and Executive Producer Morgan Neville. World Premiere

“O.J.: Made in America” (ESPN) / U.S.A. (Director: Ezra Edelman) — This is the story of O.J. Simpson, one of the most polarizing people of the twentieth century, and the city in which he lived for much of his life, Los Angeles. The film explores Simpson’s rise and fall, centered around two of America’s greatest fixations—race and celebrity. The Festival will premiere the full 7.5-hour documentary, followed by an extended Q&A. World Premiere

This Article is related to: Features and tagged 11/22/63, Chelsea Does, Sundance 16, Sundance Film Festival, The Girlfriend Experience, The New Yorker Presents