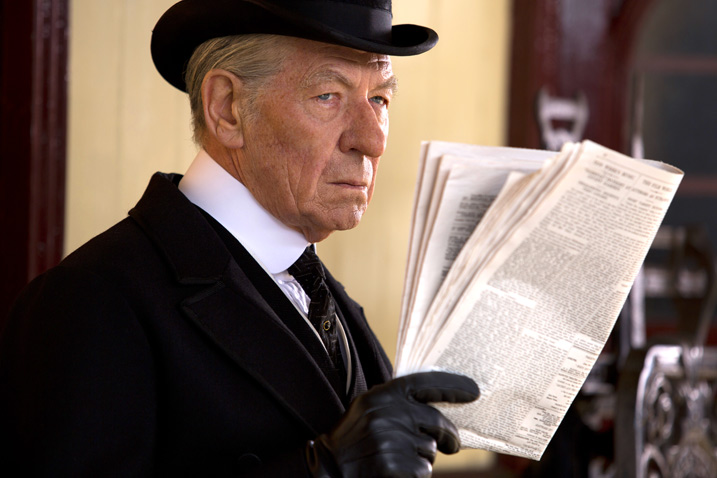 Listed in the Guinness Book of World Records as the “most-represented movie character,” Sherlock Holmes is certainly no stranger to adaptations, currently being played on the big and small screen by actors such as Benedict Cumberbatch, Jonny Lee Miller and Robert Downey Jr. Yet, earlier this summer, “Mr. Holmes,” proved that that the best way to breathe new life into the legendary detective was in fact by portraying him nearing death. Directed by Bill Condon, and starring the formidable Sir Ian McKellen, the fresh spin on the familiar character sees the eponymous detective, perhaps one of the least introspective of all literary heroes, challenged to look back on his life in his old age and face mortality.

Upon its release in July, “Mr. Holmes” found success as a rare independent film that went up against the summer blockbusters and not only found critical acclaim, but also performed exceedingly well at the box office.

Based on the 2005 novel, “A Slight Trick of the Mind” by Mitch Cullen, “Mr. Holmes” grounds the larger-than-life figure in reality through its conception of Holmes as a 93-year-old man, who after years of isolation finally comes to terms with his own life, the same life endlessly embellished by his late partner, Dr. Watson. While Holmes attempts to unravel the one mystery that caused him to abandon his vocation and now eludes his memory in his old age, it is the bigger mysteries at play — mysteries of human nature, loneliness and regret — that linger the longest.

At a luncheon held in the film’s honor yesterday at the Lotos Club, a literary club on the Upper East Side, director Condon and stars Sir Ian McKellen and Laura Linney participated in a half-hour chat with The Hollywood Reporter’s Scott Feinberg about deconstructing the literary hero and telling a Sherlock Holmes story that had not been told.

McKellen explained how the countless representations of Holmes he remembers watching only inspired him further to create an entirely original incarnation: “My sense of what Sherlock Holmes was came from some of the many representations of him there had been, beginning with the American actor, William Gillette, who toured his very successful production around the world, and then Basil Rathbone of course, and many others more recently. The fun of this was to be all they had been and then be something different at the same time. I assumed that we would have the audience on our side, that it was familiar territory, and the fun was to say, ‘Well, the territory isn’t quite what you think it is.'”

McKellen compared the iconic role to some classic Shakespearean characters he has inhabited, saying, “That accords to what happens when you play King Lear. You don’t look back at what other people have done, you can’t match their achievements, but you can bring your own sense of what it’s all about. This was all set up to be our sense of what the real Sherlock Holmes would be like.”

Director Bill Condon elaborated on how this version of Holmes allowed him to discover new depths to the classic detective. “The idea was that there was a world in which he existed as a fictional character, but next to that was actual person on whom he was based upon,” he said. “That, combined with the fact that he was an anachronism living the 1940s and that he was then old and looking back on his life trying to solve this mystery, it all felt to me when I was reading the script like this character that we’ve seen so many facets of was revealing new things about himself.” 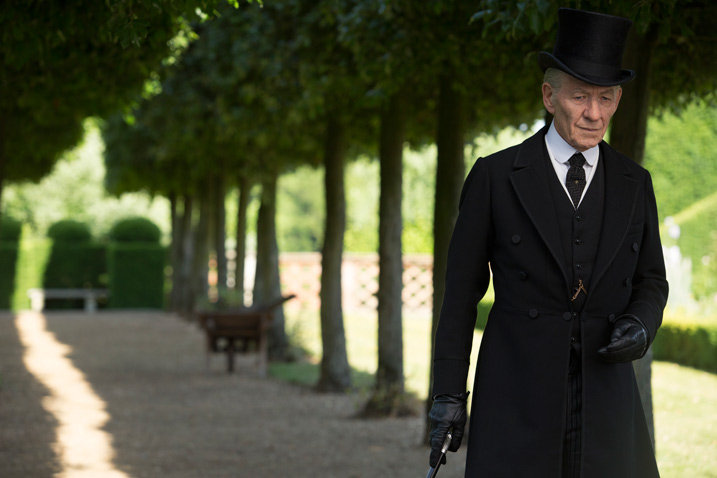 After the event, McKellen admitted to Indiewire that he was not afraid to play Sherlock as an unlikeable character, who for most of his life is trapped inside his mind and his ego. He went on to say, “He’s only actually really happy when he discovers he’s got a heart and can relate to other people. He’s a bit of a sociopath. You wouldn’t want to spend your evening with Sherlock Holmes, but by the end of the movie, perhaps you would.”

Both McKellen and Linney attributed the strong, subtle performances in the film to their long-standing relationship with director Bill Condon. In describing the relationship, McKellen quoted the first film he worked on with Condon, saying, “There’s a wonderful line in ‘Gods and Monsters’ where James Whale, the English film director living in Hollywood says, ‘Making movies is the most wonderful thing in the world: Working with friends, entertaining people.’ He’s a friend. It is friendship that’s at the basis between director and actor.”

Speaking to Indiewire, McKellen quipped, “You can define a director by how well they would hold a party. Some directors you wouldn’t want to go to their parties. But a party by Bill, I went to one last night, everyone is specially invited, everyone gets specially treated, everyone gets introduced. Attentive, that’s the sort of party he gives.”