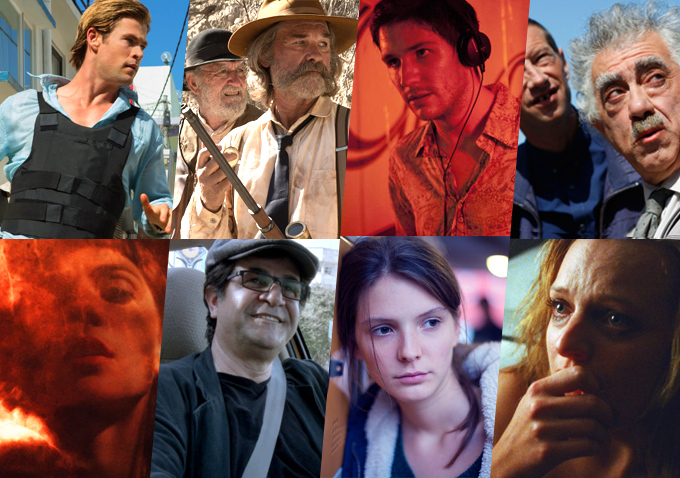 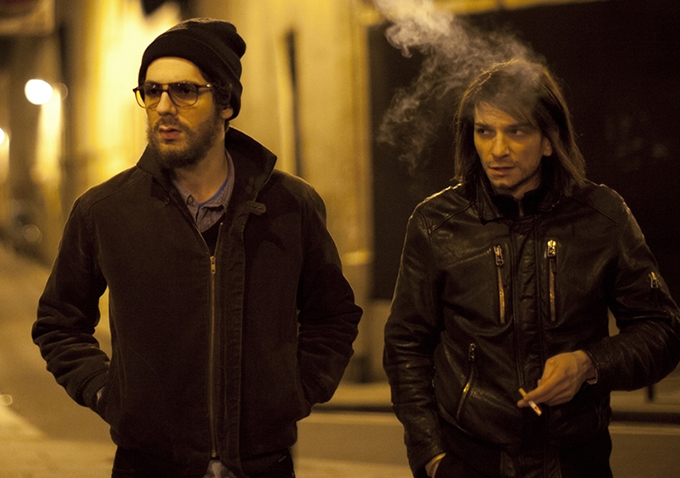 Building on the nuance and humanism of the devastating one-two punch of her previous films “The Father Of My Children” and “Goodbye First Love,” Mia Hansen-Løve’s “Eden” is a decades-spanning story of Paul (Félix de Givry), who comes up alongside Daft Punk in the dawning years of the French touch music scene and reaches a modicum of fame, but keeps the party going long after many of his friends have embraced adulthood. Hansen-Løve is concerned as much with the comedown lows as with the pupil-dilating highs, thus eschewing the tropes of the music movie for an easy, low-key naturalism that feels steeped in authenticity (her brother Sven, who co-wrote the film, is a well-known DJ), but it’s about more than just BPM: the film serves as a sort of defining statement about a generation that refused to grow up. [Our review]

Where You Can Catch It: You can rent or buy it on iTunes, Google Play, Amazon and elsewhere 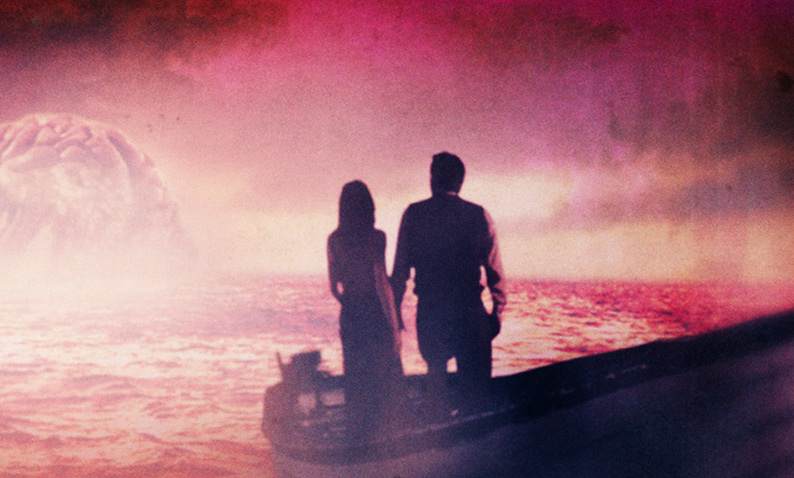 “The Forbidden Room“
Wacko Guy Maddin has cemented his status as Canada’s most imaginative cinematic voice with “The Forbidden Room.” A bonkers assortment of silent-movie narratives assembled from a long list of ancient forgotten or lost films from all over the world, the film features Maddin’s stalwart regular Louis Negin in multiple roles alongside a plethora of names ranging from Roy Dupuis and Udo Kier to Charlotte Rampling and Mathieu Amalric. Co-directed by Evan Johnson, fantastically edited by John Gurdebeke, and written by no less than five scribes, the film is aesthetically scrambled like a delicious dog’s breakfast, with stories ranging from a group of men trapped in a submarine to a doctor obsessed with bones (BONES!) and a musical number about a man addicted to derrieres. It’s absolutely not everyone’s cup of tea (the film set some kind of record for most walk-outs at Sundance earlier this year), but those who connect with its crazed sense of humor and get drunk on the magic of movies will get to enjoy one of the most refreshing and unique experiences of the year. [Our Review]

Where You Can Catch It: Available on Fandor. 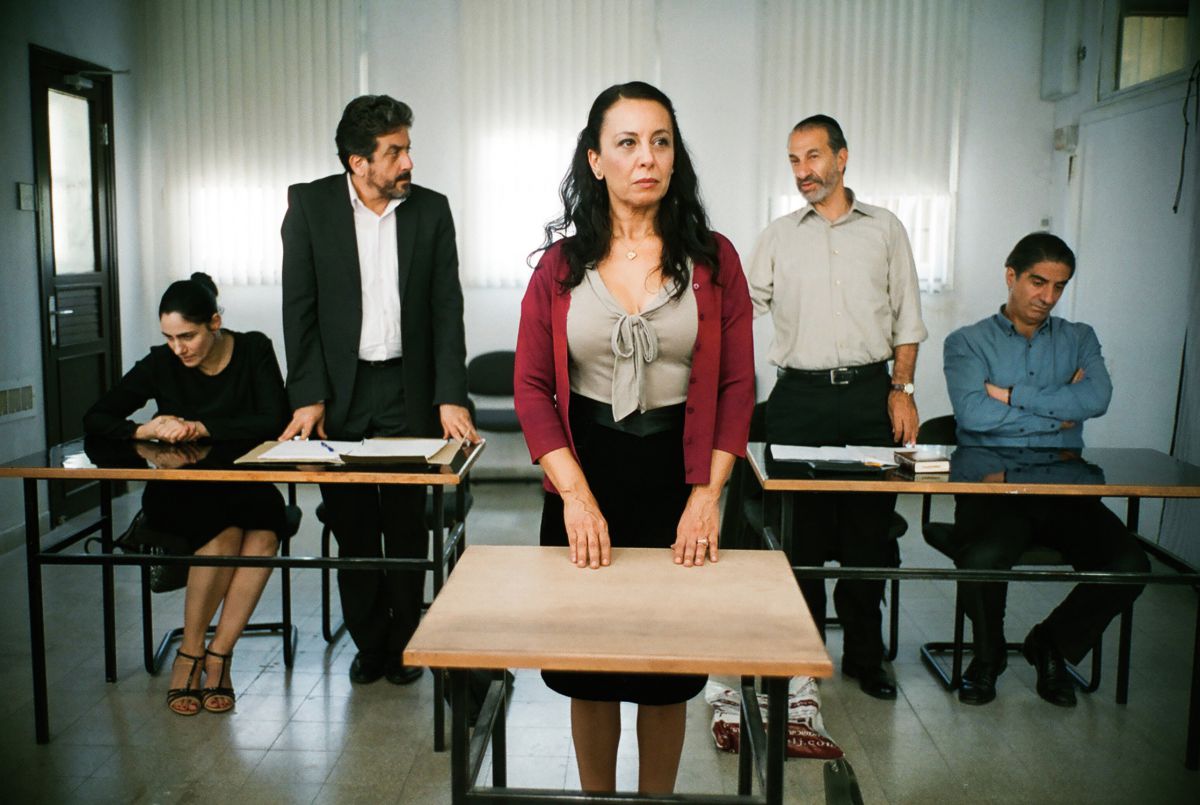 “Gett: The Trial of Viviane Amsalem”

This year’s “A Separation,” Ronit Elkabetz‘s Israeli-French drama “Gett: The Trial of Viviane Amsalem” is the third in a trilogy focusing on the unhappy marriage of Viviane Amsalem (a triple threat, Elkabetz also stars on top of writing and directing). And if it sounds like the victimized wife has endured a lot, boy, you ain’t seen nothing yet. ‘Gett’ —which takes its name from an incredibly one-sided and even misogynistic divorce document in Jewish religious law— is almost like a procedural about getting a divorce mixed with the indignation and horror of bureaucracy and bias of rabbinical authorities. A gett is something the man essentially allows or even gifts to the woman, and she cannot earn a divorce unless he gives his full consent. It makes for a maddening, even infuriating movie, but once you get past the relentless exasperation that Amsalem faces after years and years of divorce court —the trial rages on seemingly forever— what you’re left with is an intensely wound and utterly engrossing drama. Staging wise, it’s brilliant, practically like Hitchcock’s “Lifeboat” as it essentially takes place in one room. And while its claustrophobic, unyielding approach can be hard to tolerate at times —often because it’s just so goddamn unfair— the film is fantastically acted, terrifically patient and expertly coiled with tension and pain. We slept on this one earlier in the year, so there’s no official review on the site, but make no mistake: this is unsparing but must-see A-grade material.

Where You Can Catch It: Currently streaming on Netflix, and available for digital rental on iTunes, GooglePlus and Vudu 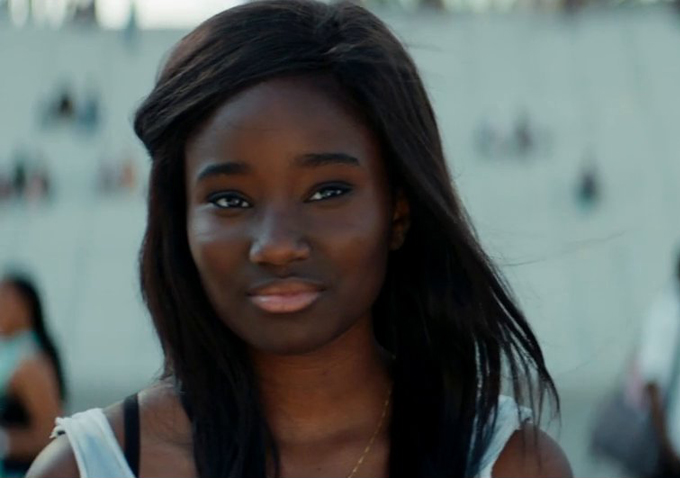 Coming-of-age stories are now as played-out a genre as any, yet Celine Sciamma‘s take on the travails of a young black girl (a luminous Karidja Touré) growing up in the tough suburbs of Paris, negotiating gang politics, criminality and her own burgeoning sexuality is shot through with a vibrant sense of life and feels anything but tired. According her young, exclusively black, almost exclusively female cast a degree of honest agency and respect that this segment is very rarely accorded on film, Sciamma’s movie is much more than an exercise in political correctness, delivering a thrilling and often poetic meditation of the quest for self-identity in a modern urban setting that transcends all its specifics (language, geography, class, skin color, sex) to become something truly universal and achingly relatable. It’s a film about early adulthood that makes deep, chiming sense to anyone who ever made that transition themselves — that is, everyone. [Our review]

Where You Can Catch It: Stream it on Netflix, rent or buy it elsewhere. 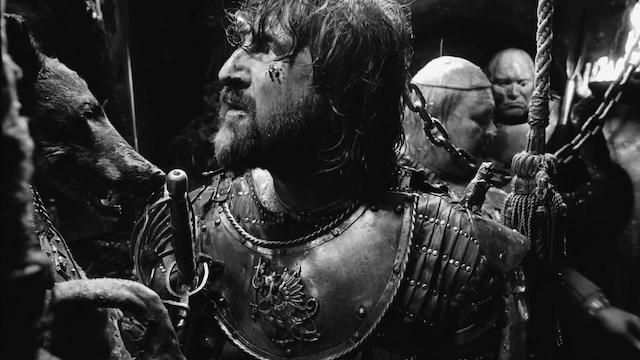 “Hard To Be A God“
Aleksey German had been trying to adapt the seemingly unadaptable sci-fi novel “Hard To Be A God” by Arkady and Boris Strugatsky since the 1970s. Production started in 2000, yet was switched on and off due to a variety of complications for over a decade, until the film finally had its world premiere late in 2013. Sadly, German died earlier that same year before completing it. Finished by his son Aleksey German Jr., and his wife and co-writer Svetlana Karmalita, the end result is a monumental feat of moviemaking. The story follows a group of scientists investigating an alien civilization that’s still stuck in its own Medieval times, and, yeah, the narrative is very very complex. The film’s true power lies in the astounding set designs and cinematography, and how the film tackles universal themes of history, religion and violence in an unprecedented way. It’s an entire world within the frames of a 3 hour film, and while impossible to recommend to everyone, the film is an unpolished, masterful gem worthy of discovery by anyone who identifies themselves as a cinephile.
Where You Can Catch It: Fandor, Netflix and Amazon