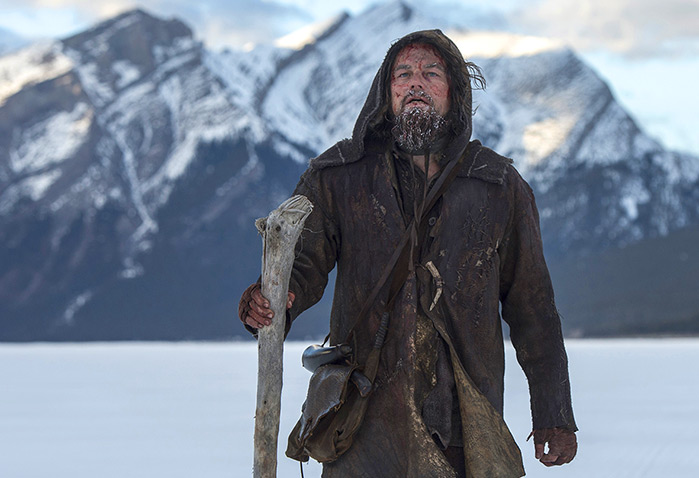 READ MORE: The Revenant Will Be Bigger than Ever in Dolby Cinema Release
There are very few people in the film industry today who are working at the top of their game and their profession quite like cinematographer Emmanuel Lubezki. Lubezki’s latest effort, “The Revenant,” is yet another in a string of visually stunning films shot by the cinematographer that are as remarkable for their virtuosity as they are for being seamless interpretations of his directors’ visions.
The film is Lubezki’s second collaboration with director Alejandro González Iñárritu, with their first being “Birdman,” which resulted in both men winning an Oscars at last year’s Academy Awards. It’s a partnership that now parallels the great D.P.’s ongoing collaboration with Alfonso Cuarón (Lubezki has shot all but one of the director’s seven features) and Terrence Malick (Lubezki shot his last five films). The three auteurs create very distinct types of cinematic worlds, and yet Lubezki’s work seems inseparable from each of their individual visions, rather than developing a standout singular style of his own.
Indiewire recently interviewed the cinematographer, who is the favorite to win his third straight Academy Award for “The Revenant,” to discuss his unique collaborative process and how it varies with each director.
This is your second collaboration with Iñárritu, how has your working relationship evolved since “Birdman”?
Because we have spent so much time together it is stronger and stronger. His artistry has grown immensely, please don’t tell him that. [laughs] My feeling is that he is one of the great directors I’ve worked with. Our frame of reference has grown, so I think I can be a better collaborator and I understand the complexity of the material he wants to create.

We knew [making “The Revenant”] was going to be very hard, going through this hardship and roughness in the wilderness has made our friendship and collaboration stronger.

What is the starting point of your collaboration? After you read the script do you discuss the story, the look of the film or do you use other films or art as a reference point?
Alejandro and I are friends, and because of that there’s a sincerity when we are talking that is 100%. I can truly tell him everything I feel and he is very open about what he is attempting to do. It’s a clear, easy way of communicating. If you listen to us we are talking in Spanish, sometimes in slang from Mexico City and it can sometimes sound rough —  “Your shot is a piece of shit” — it can be like that, or it can be us off sitting listening to music together and just getting very excited about what we are listening to and how the emotions of the music is evoking something he’s trying to capture in the movie.
It’s been a pleasure to see him grow since the first time I met him in Mexico. We started doing commercials and when I see him now and what he’s achieved I feel truly proud. I think what he’s doing in the movie is a degree of complexity of artistry and craftsmanship that is uncanny. You see that very few times in history. 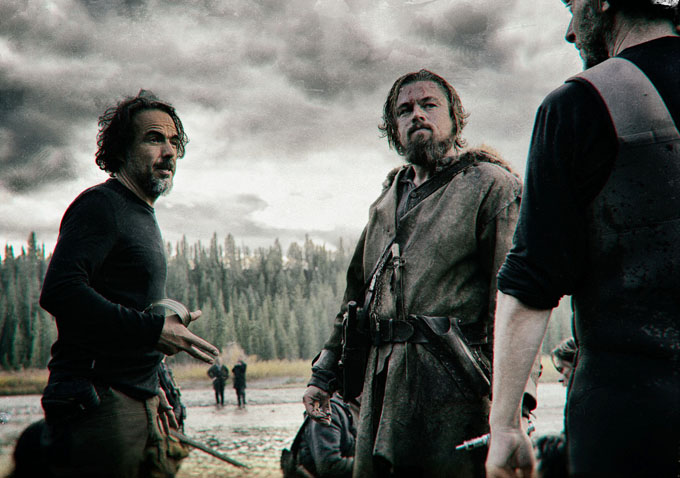 So the starting point is more the emotion of the story than actually discussing the look of the film?
You are absolutely correct. That can only happen by spending a lot of time together. We drove more than 10,000 miles together and then we walked a lot [over the course of] months and all the walks were very important because I was able to understand what was important for each scene.
When you are looking for a location for a specific scene you are walking and walking and you find a place and he starts talking about the blocking of the scene and a lot of the times he’s talking about what he doesn’t like. He would say, “Wow, we walked a thousand miles and this place looks like a park, it has no mystery, I don’t feel anything.” And I would say, “Alejandro, wait ten minutes, see how this place changes. I think the trees are the right size, the proximity to the water is right, let’s wait.”

Then after ten minutes it’s still nothing, but we wait three hours and the light changes and he’s like, “Oh, I see it! There’s mystery here.” Then we discuss what kind of feeling are we getting, often listening to music. So little by little we build this language that allows me to be a better collaborator.  But it takes a lot of walking and lot of listening to music and sometimes the music sends you into the right place emotionally.

How does this process compare to working with Terrence Malick or Alfonso Cuarón?
They are absolutely different. Their spirits are different, what motivates them is very different and what one finds mysterious, the other might not.

The common thing is they are incredible craftsmen, they know the tools better than anybody and they are incredible artists so they are using the language of film not only to tell the surface of the story, but they are really trying to transport the audience and make them feel emotion. Terry and Alfonso are my great teachers and [by] having that respect for them I am able to go on these journeys with them. 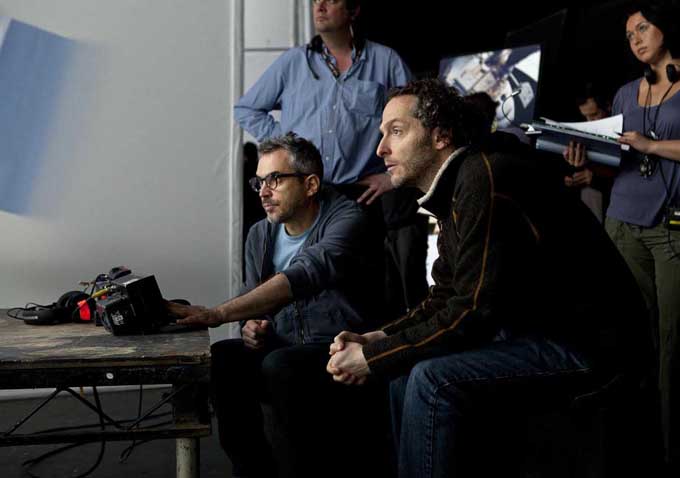 My assumption is that things might get a little bit more technical with Cuarón, whereas they might be a little looser with Malick.
Not really. Alfonso can be very technical because he’s a tremendous craftsman and he can figure out movies like “Gravity,” but he can also figure out movies like “Y Tu Mama Tambien.” With that movie we knew what we wanted and what the scenes were about, but there was lot of improvisation and it was the beginning of me not using artificial light.

The beautiful thing is we did go through the journey of those kids [in the movie.] We drove around with them, there were a lot of parties, we’d get tired in the middle of the day and jump in the ocean and come back. There was a little bit of the feeling of the trip the characters had taken in the process of making that film.

In “Gravity,” there was something similar in the sense that Sandra [Bullock] was stuck in the capsule and we were talking on the microphones and it felt a little bit like the journey of a filmmakers was informing the movie, which is what I think “Revenant” does as well. The fact that we took this difficult journey into nature and captured it with the characters.
Terry is much the same way. He is taking the crew through this journey that makes the crew collaborate in a very specific way. You never feel like you are going to a factory to make a film, you feel you are being directed by an artist. 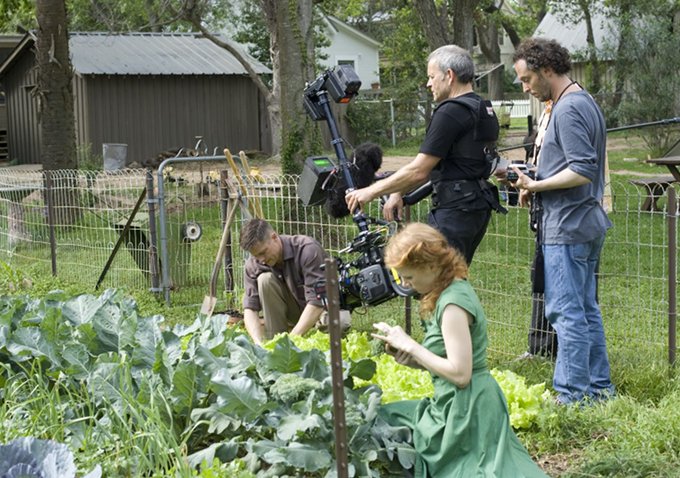 When I think of your amazing body of work two things instantly come to mind: The use of natural light and these immersive long takes. Are you specifically attracted to directors and projects that allow you to experiment with these two things?
No, no. I’m very attracted to directors who want to experiment. The thing that attracts me the most are people who are trying find a language that is correct for their film, for that specific film. It doesn’t matter if it’s artificial light, “Gravity” was all artificial and very complex light, but it’s the fact that Alfonso was trying to find a language that is unique to that film.
It’s exhausting and you are always walking a little bit of a tight rope. You don’t know if it’s going to be successful or not. There are no rules or regulations or something from a book, you have to be finding it and trusting your instincts and the instincts of the director, that’s what I like. That’s why I’m trying not to see other movies as references when I’m shooting anymore.
I read Bill Desowitz’s excellent piece on “The Revenant” and your discussion about why using the Alexa 65 was vital in shooting low light situations. Would you use the Alexa 65 again in situations that didn’t call for you to shoot in low light?
I have to see what the movie is, if it’s the right tool to turn what we are seeing into images, then yes. Who knows, maybe I will use a VR 360 degree camera. You can’t try to impose a language onto the movie and you aren’t trying to impose equipment onto the movie. 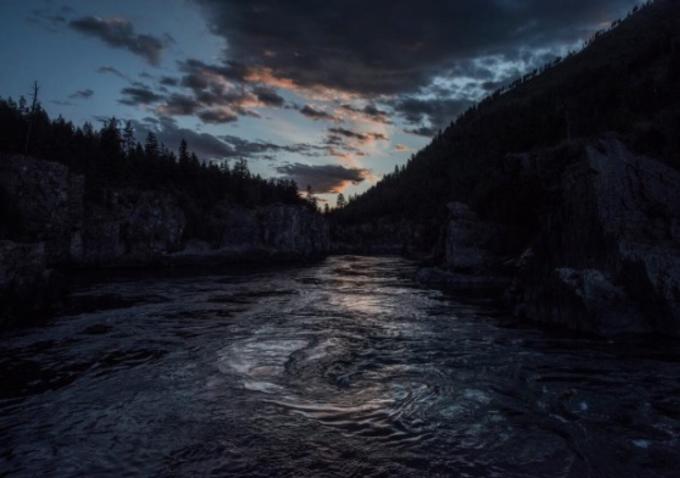 So the Alexa is just another tool?
Yes, another tool and I wish for film not to disappear because I love that as a brush. The more tools we have directors and cinematographers will be able to express more and create different worlds and feelings. It’s like having more instruments in an orchestra. I just hope — because I know the digital world will advance and we’ll soon have smaller and better cameras — but it would be good if film stays alive.
Does shooting a virtual reality 360 degree film appeal to you?
Absolutely, if the project is right.
You have also worked with Michael Mann, the Coen brothers and Tim Burton. What other directors working today excite you and would you like to work with?
Honestly, there’s many, but there’s a few new directors in Mexico who are doing amazing work. It’s very exciting to see different visions and I would love to work with one of them.
What is your next project?
I only just finished this movie. We did a normal DCP version, one for laser, one for iMax, one for Dolby Cinema, so I just finished. After today I’m going to take a vacation, so I have no idea what I’ll do next.
READ MORE: How The Revenant Changed Lubezki’s Life