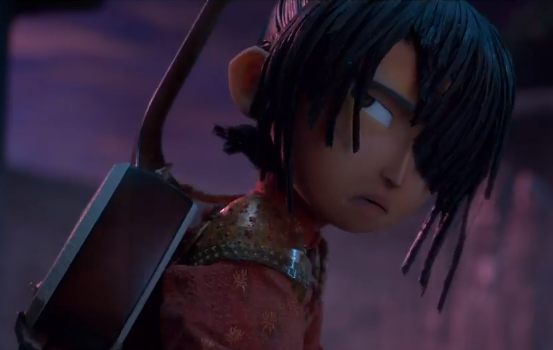 READ MORE: How LAIKA is Revolutionizing Animation
The official synopsis reads, “Clever, kindhearted Kubo ekes out a humble living, telling stories to the people of his seaside town. But his relatively quiet existence is shattered when he accidentally summons a spirit from his past which storms down from the heavens to enforce an age-old vendetta. Now on the run, Kubo joins forces with Monkey (Charlize Theron) and Beetle (Matthew McConaughey) and sets out on a thrilling quest to save his family and solve the mystery of his fallen father, the greatest samurai warrior the world has ever known.”

With a cast this stacked and the collective clout of LAIKA’s imaginative work behind it, “Kubo and the Two Strings” looks to be an engaging animated epic with thrills (visual and otherwise) to spare. Watch the newly released trailer above. The film is set for a U.S. release in August of 2016.

READ MORE: REVIEW: ‘ParaNorman’ Is a Stop-Motion Feast For the Eyes, Less For the Soul