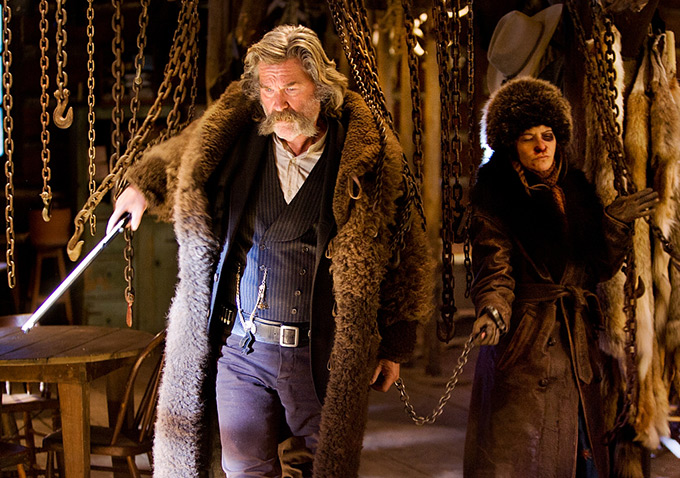 Editor’s Note: Adam Witmer is a 22-year-old senior at UNC School of the Arts in Winston Salem, North Carolina, where he works in film preservation and as a projectionist at one of the largest film archives in the country. At this very moment he is the projectionist at the AMC Burbank 16 in Los Angeles for Quentin Tarantino’s 70mm Roadshow of “The Hateful Eight.”


READ MORE: Here are the Most Brutal Reactions to ‘The Hateful Eight’ 70mm Roadshow

When I first heard about the plans for “The Hateful Eight” 70mm screenings, I quickly contacted Boston Light and Sound about being a projectionist for Quentin Tarantino’s Roadshow. I had a strong sense this would be something historic and I desperately wanted to be part of it. I emailed and called BL&S every other day trying to get my foot in the door, but was told over and over again to be patient and remain flexible while they worked out the scheduling. Finally, at 1am on Christmas Eve, I received an email saying they needed me to fly to Torrance, California to split some shows with the AMC Del Amo 18’s current projectionist. The next morning I was on the phone with a travel agent booking flights and hotels, and at 2pm, barely 13 hours after being assigned, I hopped on a plane. I arrived in Torrance in time to run to the theater and see the projection system during the final show of the evening.
Before I go on, I should mention that I have years of experience projecting 35mm and 70mm film on a two-projector, reel-to-reel system, but I’d never used a platter system like this before. The weeks leading up to the Roadshow, I’d done lots of research, looked at manuals and diagrams, and talked to some of the installers of the system. So, while I arrived with a solid grasp on how the system worked and what I needed to do to make it work, I’d never actually touched the system before I arrived in California. 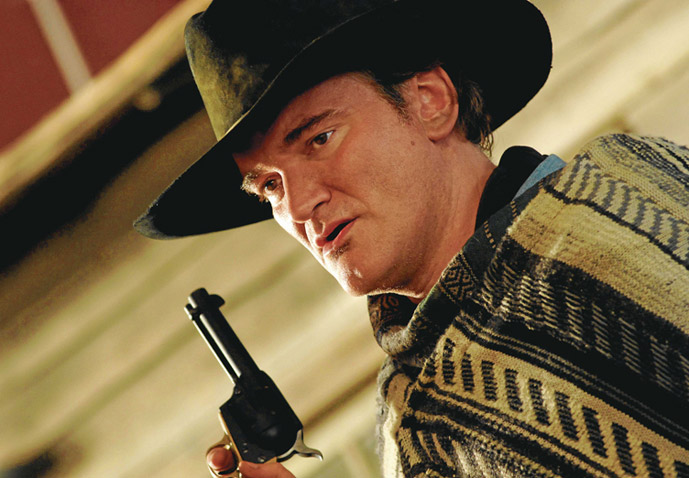 The next morning in Torrance I had some time before our first show, so I practiced and became familiar with the platter system. Together, the other projectionist and I got the first show of the day up and running without any major issues. While we were threading up for the second show, however, the theater manager raced upstairs to inform us of a new development, “Quentin Tarantino is here and wants to introduce the film.”
I’ll be honest, I was more than a little anxious. This was only my second time with my hands on these machines. Sure enough, as soon as the patrons took their seats, Tarantino walked to the front and introduced the movie. He took a seat in the fourth row, and we started the show without a hitch. I checked the projector to make sure it was running correctly: all good. I checked the platter, and that’s when I noticed it: The brain. 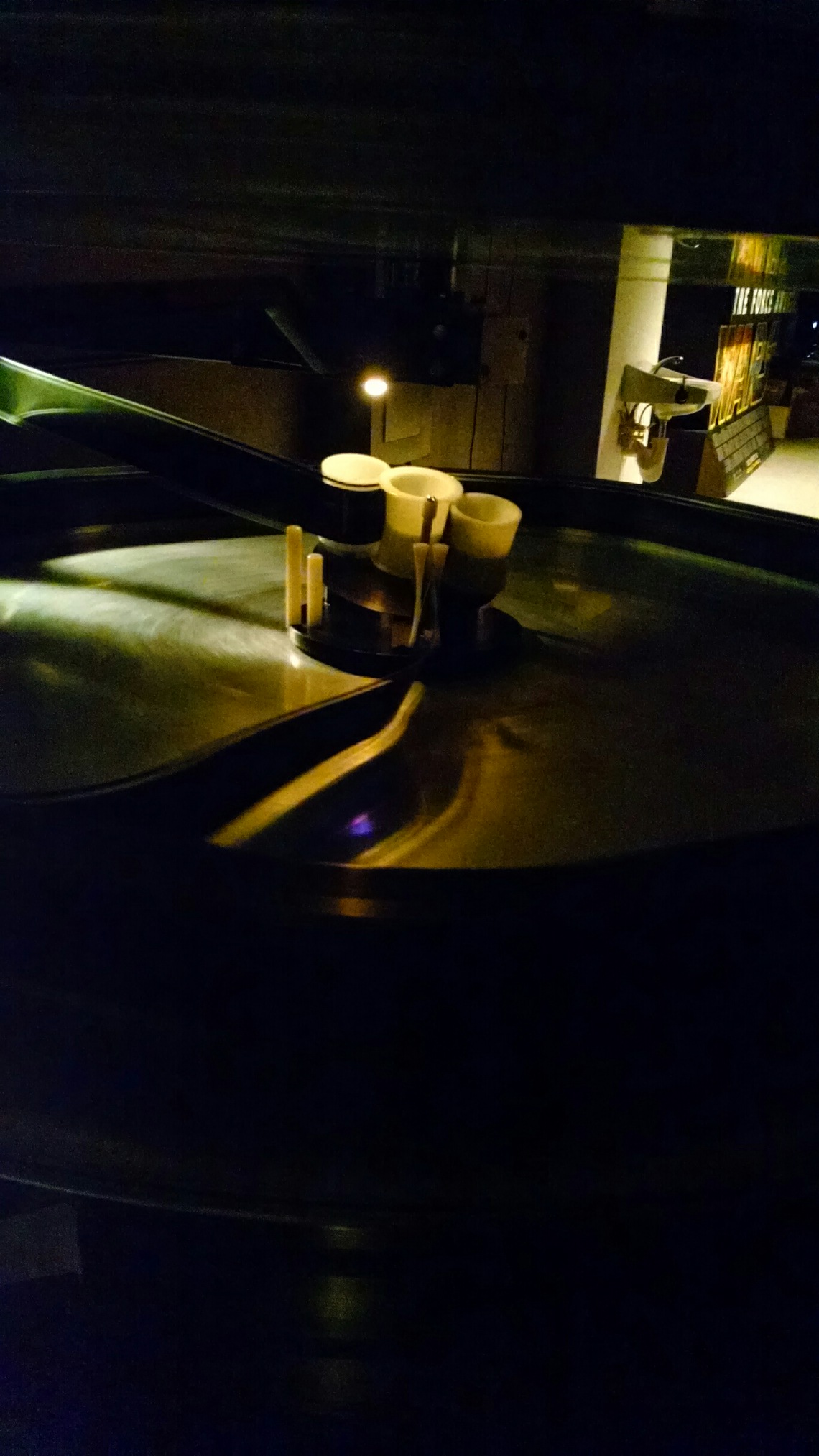 Now, the brain controls the pay-out platter’s speed based on the tension of the film. It sits in the center of the film on the pay-out platter, and the film goes through it before anything else. The film runs through a little arm, and depending on the tension, tells the platter to spin faster or slower in order to provide a consistent feed to the projector. Essentially, it’s like the gas pedal in a car.

Imagine that you are driving your car and have to maintain 55mph on a road with lots of hills. Going down the hills you don’t need to press the gas as much because you can coast, but on the way up a hill, you have to really floor it to maintain that speed. Now imagine that your gas pedal sticks. It’s unresponsive, and you can’t push it down past a certain point. So now as you climb those hills, you gradually slow down, and eventually get to the point where you can’t make it up.

It was as if the arm was bouncing off an invisible wall. The film would tighten, pull the arm, and then suddenly the arm could go no further. The platter wasn’t being told to spin fast enough, so the film started to wrap itself around the brain. It scared the hell out of me because I knew that if it kept tightening it would seize the brain, become tangled amongst the rollers, possibly tearing or creating a massive knot that would stop the show. In desperation, I grabbed the arm with my fingers and pushed it to the left, forcing it to speed up. The platter responded and the film unwound. Problem solved, yes? Until I let go. 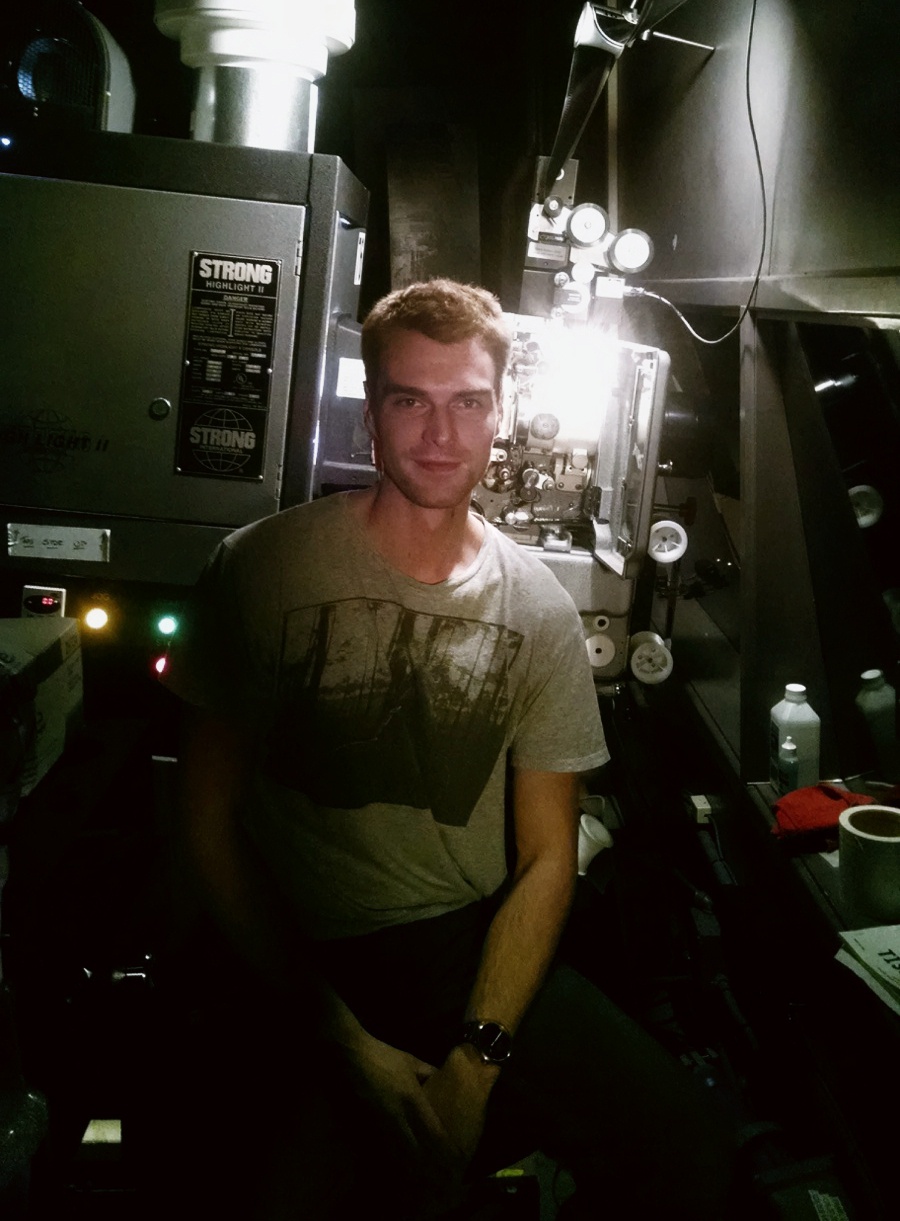 I released the arm, and the same thing started happening again. I put my finger on it, and again it responded. Now, I don’t know about you, but Quentin Tarantino is the last person I want witnessing any hiccups in my screening, and it was then that I realized I was going to have to hold my arm at shoulder height, reach across the film, and manually drive this mechanical beast for the duration of at least the first half of the film.
For 90 minutes, the other projectionist and I took turns operating the throttle. I’d go for five to ten minutes, switch arms, go another few minutes, then switch out with my partner and take a break. We switched back and forth like this up until intermission, when we could finally stop the projector and poke around. We had a back-up brain and swapped it out. This brain had the same issue (we later isolated the problem to within the gears of the platter itself), but we had luck on our side.

By this point in the movie, half the film is off the platter, and it doesn’t need to spin as fast. The arm was able to handle the tension at this point, and we could allow it to regulate itself under close supervision. The intermission was perhaps five minutes longer than usual while we troubleshooted, but other than that, from the audience’s’ perspective (and more importantly, Tarantino’s), the film went off without a hitch. 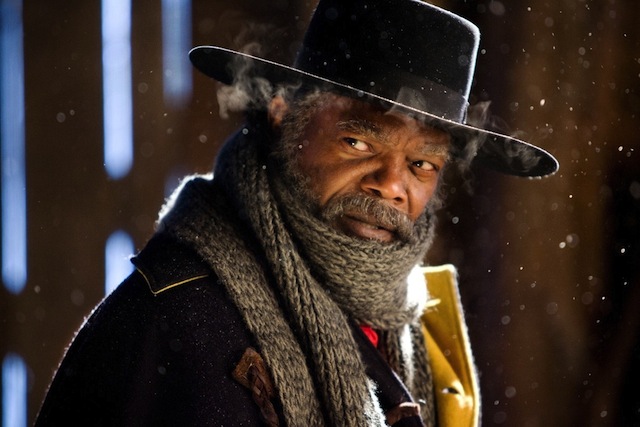 The job of a projectionist is to manage and fix problems as they arise without the audience being aware. We are the buffer between the chaos of projection and their experience. Every time a show needs to switch to DCP because of a problem, or a show shuts down for a technical issue, there have been 10 equally large issues that the projectionist covers. Many of these projectors are practically antiques, the platter systems were never intended to support the weight and size of 70mm, and entire new pieces of equipment had to be specially manufactured for this production.

Because of this, dozens of tiny mechanical failures are bound to happen, and part of our job (the above story is a prime example) is to make sure small issues don’t propagate into catastrophes. Just today, I’ve had a lamp shift slightly to the right creating a vignette effect at the left of frame, a fuse blow, and a lens slightly scoot forward in its housing, causing me to have to refocus and tighten it down.

Film is a temperamental medium. It doesn’t always want to do what you want it to. There’s a lot of sweat and dedication behind the glass in the back of that auditorium, and that is often overlooked. The projection is the pickiest one in the entire crowd, and we do everything we can to uphold the quality standards we so often fail to see in modern megaplexes. 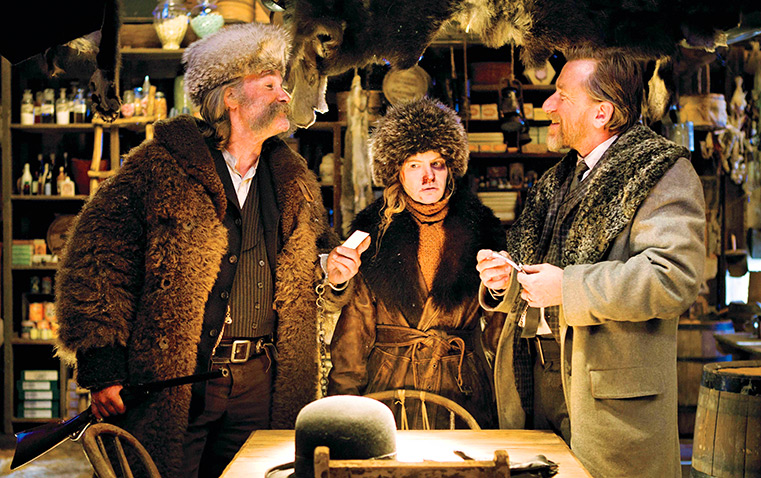 Not to mention, projectionists were flown to their Roadshow location at most a day before their first show. And that’s not walking into a system that is ship-shape and ready to go. They had to unpack the film, load it onto the platter, and get it ready to project, which takes no less than five hours in and of itself. Then they have to learn the system, because no matter how experienced you are, every system is slightly different — I was moved to AMC Burbank 16 after my first day in Torrance and it took time to feel out that projector and learn its nuances.  All this while not being able to practice or test fully because I started running shows immediately upon arrival.

Now that the Roadshow has started, we work 15 or 16 hours per day, with no days off for the duration of the run. Sleep deprivation begins to become a legitimate issue as your reflexes begin to slow, particularly for the late evening shows. I leave the booth by 2:30am every night, and I’m back in at 10am the next morning. That said, I’m lucky in that I only have four shows per day. Some projectionists are doing five shows a day, making for 20 hour days without a break.

“The Hateful Eight” looks incredible projected in 70mm, and the difference between the print and the DCP are striking. The print’s colors are more saturated, the blacks are blacker, the whites are whiter, and the entire thing is much crisper and, for lack of a better term, deeper. The DCP looks flat and washed out. But along with that quality difference comes a need for finesse and care on the part of the projectionist. This job is by no means easy; it’s really fucking hard. We are only human, and these systems are only machines. It’s the price we pay for that beautiful, quality image. But it’s undoubtedly worth it, and I think audiences are starting to understand that.

Tonight the DCP of The Hateful Eight opened at my theater, with 60 tickets sold. Simultaneously, in my house: packed seats, 300 strong. And they got a great show.