Why TV is Not the Answer for the Middle-Class Filmmaker 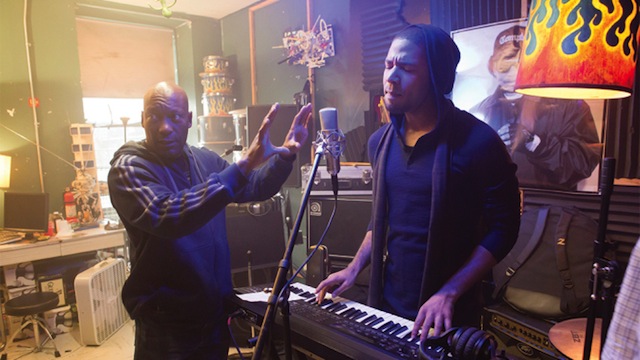 Editor’s note: William
Dickerson is a writer and director who previously wrote for Indiewire about the challenges facing middle-class filmmakers. We invited him to share the following thoughts on the role of television for independent filmmaker today.

It seems my recent piece, “How Can Middle-Class Filmmakers Make a Living?,” struck a nerve. I think that’s a good thing, both positive and negative responses alike. The point was to start a conversation and the conversation has begun. As we brainstorm solutions, I’ve heard from some who think that TV is the answer; that television is where indie film has gone. Furthermore, if TV is expanding at such a rapid clip, so are the employment opportunities for filmmakers. This is a common misconception.

Before we can accommodate this assumption, we must first define indie film. What is it exactly? Certainly, its surface designation refers to a movie that is produced independently, often outside of the Hollywood system, but the term itself has adopted a more profound, aesthetic meaning over the years. Indie film is synonymous with films that explore subject matter that targets niche audiences, as opposed to blanket, top-to-bottom demographics; in other words, subject matter that studios shy away from. While it may risk pretension to utter, indie film also deals in auteurs. This implies a healthy measure of creative control and subjective directing techniques that inform the fabric of the film, i.e., the voice of a particular filmmaker that bleeds through the film itself.

Has television become the new breeding ground for the future “independent” voices of moving pictures? The common wisdom purports that television is a writer’s medium and film is a director’s medium. This wisdom holds true today. The overarching vision of a show is set in stone by its pilot episode — its theme, tone and visual style is agreed upon by the writers, producers and the director hired to direct the pilot, and the director executes the plan.

In each following episode, the writers and producers remain; however, the director is often replaced, episode to episode. It is the hired director’s job to maintain the initial vision, to keep the stylistic train on the tracks laid by those before him or her.

I’ve shadowed directors on a number of successful television shows over the past few years, and from what I’ve witnessed, the primary purpose of a television director is twofold: 1. Make sure the actors connect with you; 2. Finish on time. If you get asked back, it usually means you’ve accomplished those two things. This is not meant to denigrate the craft of storytelling in this process, which the director spearheads; it is meant to illustrate the production’s priorities.

The entire endeavor of television directing lasts approximately three weeks: Eight days of pre-production and 10-12 days of production. Once the footage has been shot, it gets shipped to the executive producers, who pass the material along to their editors, some of whom are EP’s as well, and the cutting of the episode begins.

In most cases, the director is involved in the editing process, but the function is more a courtesy than a necessity. I often wonder, if the DGA didn’t require a director to be hired, could the show possibly direct itself and go on just fine? Most of the heavy lifting has been done, or will be done, by those who live and breathe the show every day. When it comes to character, you can’t really direct the main players; you can only direct the guest stars, whose characters are still malleable.

Often, the stars determine the blocking, and the director must be ready to accommodate that blocking with shots. In a sense, the biggest part of your job as a TV director is to know exactly when to step out of the way of the machine and let it do what it was built to do. That, of course, is a skill in and of itself. The episodic television director is probably the biggest liability to the production — he or she is the only person who can throw a wrench into things.

I once shadowed on an episode of one of the highest rated shows in primetime, and when I first arrived, the producer pulled me aside and asked: “Do you want to know the difference between theater, film and television?” “Of course,” I said. The producer responded, “Theater is life, film is art, television is furniture.”

It is conceivable that a primetime show that draws 10 million viewers, which would translate to roughly 100 million dollars at the box office, is simply not enough of a viewership to keep it on the air. It is conceivable that not enough of those 10 million viewers are in the target demographic that the network’s advertisers are trying to reach. Despite the numbers, network TV is still beholden to its advertisers. Basic cable is marginally better, built to compete for less eyeballs, but still dependent on advertising revenue to achieve “success.” The medium is what it always was: a vehicle through which to sell products. It is a product. It is furniture.

Are subscription-based services like HBO, Netflix and Amazon Prime — and the original programming they produce — exceptions to this? Yes and no. They’re not beholden to advertisers. Without question, the substance of television shows in totem has gotten edgier, more character-driven, and dare I say, “indier.” As Alan Sepinwall articulated so succinctly in his book, “The Revolution Was Televised,” the quintessential change in modern television over the past decade or so has been the shift in focus from the hero to the antihero, something indie film had cornered the market in doing for the last few decades. Good television is good for the medium, and good for the viewers, but not necessarily good for the filmmakers. 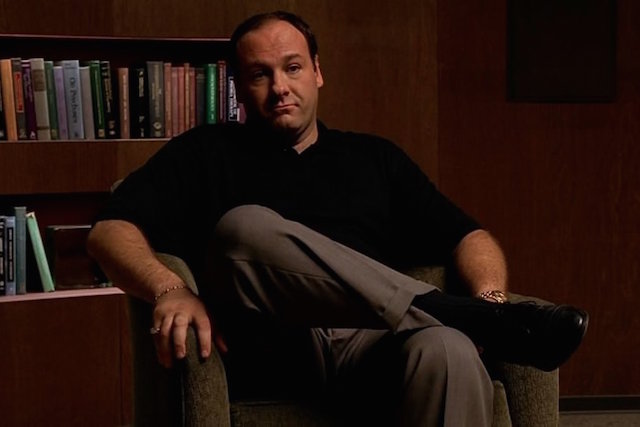 Many filmmakers who used to make indie films are now solely making television — their indie filmmaking aspirations either left by the wayside or rendered unattainable in the current climate. Indie filmmakers used to make their indie films, then moonlight, per se, in television, gaining “studio” experience, and plying their trade. The amount would typically consist of three to four shows a year, if they worked a lot. Now that the output of indie films (the type of indie film that pays a living wage; i.e., not microbudgets) has decreased, those same directors are directing much more TV, doubling if not tripling the amount per year.

This translates into less opportunities for newcomers and microbudget filmmakers to break into television. With respect to earning a living, the TV world now reigns supreme; furthermore, it matriculates mainstream filmmakers—and a handful of indie filmmakers—into the school of TV directing, heaps the work onto the same individuals, consequently limiting their ability to experiment and strengthen their “indie” voices. It’s a regressive model, not a progressive one, with respect to advancing the art and craft of visual storytelling.

There are far fewer limits directing an independent film; whereas television shows are the most limited with respect to their established structure, storyline, characters and overall tone. And who can compete with directors like Jonathan Demme, who directs a lot of episodic television now? Showrunners of television shows typically work with the same directors, and they bring them from one show to the next — there is security in picking people from the same small pool they’ve picked from before.

However, there is something happening in the world of television that is akin to indie film, and that is what Steven Soderbergh is doing with “The Knick” and Cary Fukunaga did with the first season of “True Detective.” It’s the pinnacle of what TV can be. And that is a single director—a unifying artistic vision—that executes the entire series from start to finish. This ensures that a single voice, and the personal themes and nuances in character and story explored by this voice, glue one episode to the next and provide the viewer with the most coherent and emotionally resonant experience possible. It is indie film on a larger scale; however, this model also limits the opportunities for new directors to break in and direct. After all, if Steven Soderbergh is directing all the episodes, there aren’t any episodes left to direct. It’s a Catch-22.

The ideal — what Soderbergh is doing — is also a bigger brick wall for the 99 percent: The indie filmmakers looking to break into TV. While I am advocating for television to continue to go down this auteur path, and embrace a singular voice for an entire series, it simultaneously stifles new voices from emerging. The solution is to support and nurture the indie film world and maintain a training and breeding ground for original and meaningful artistic voices.

It is the only place that can produce a “Sex, Lies, and Videotape,” and give TV its next Soderbergh, and its next show like “The Knick.” Television isn’t replacing indie film, nor is it a competitor; it should be considered a companion. Operating as an indispensable part of television’s maturation, the indie film industry should be built back up, and subsequently maintained, in order to benefit both mediums in the years to come.

William Dickerson’s debut feature film, “Detour,”
was hailed as an “Underground Hit” by The Village Voice, an “emotional
and psychological roller-coaster ride” by The Examiner and “authentic”
by The New York Times. He self-released his metafictional satire, “The
Mirror,” which opened YoFi Fest’s inaugural film festival in 2013. He
recently completed his third feature, “Don’t Look Back.” His first book,
“No Alternative,” was declared, “a sympathetic coming-of-age story
deeply embedded in ’90s music” by Kirkus Reviews. His latest book,
“DETOUR: Hollywood: How To Direct a Microbudget Film (or any film, for
that matter),” is available now on Amazon. You can follow him on Twitter @WDFilmmaker and visit his website.