Congratulations to 'Almost Adults,' Indiewire's Project of the Year! 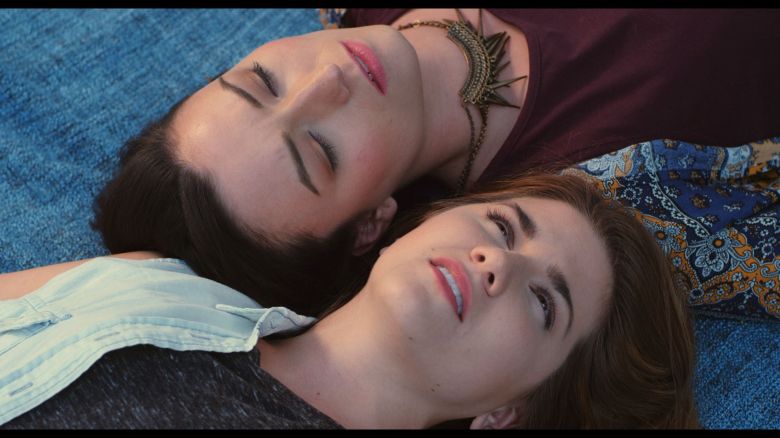 [Editor’s Note: Project of the Month is presented in partnership with Blackmagic Design, one of the world’s leading innovators and manufacturers of creative video technology.]

The readers have spoken. After a year of voting in weekly, monthly and now annual polls, we have a Project of the Year.

“Almost Adults,” from director Sarah Rotella and writer Adrianna DiLonardo, will be the next POTY winner to earn a slot at April’s Tribeca Film Institute’s Filmmaker and Industry Meetings at the Tribeca Film Festival. This year, as an additional prize, the crew has also won a Blackmagic URSA Mini 4k camera.

The feature film (for which the project also raised over $100,000 via Kickstarter last April) tells the story of college friends, who…well, here’s their elevator pitch from their original Project of the Day submission:

“‘Almost Adults’ is about two best friends, Cassie and Mackenzie, in their final year of college. Cassie (a straight girl) and Mackenzie (a giant lesbian) have found themselves heading in different directions, like emotionally. Cassie, is struggling with her career path, while Mackenzie is struggling with her sexuality. It’s a (platonic) love story about two best friends. Think ‘Thelma and Louise’ without all of the killing and cliff jumping.”

Production on “Almost Adults” wrapped in May and you can watch the first trailer for the film below:

And if you would like a shot at joining “Almost Adults” (and the number of other quality films that were up for this year’s prize) among the ranks of POTD success stories, submit to Project of the Day here!

This Article is related to: Toolkit and tagged Project of the Year