Exclusive: Watch All the Oscar-Nominated Short Films At Once 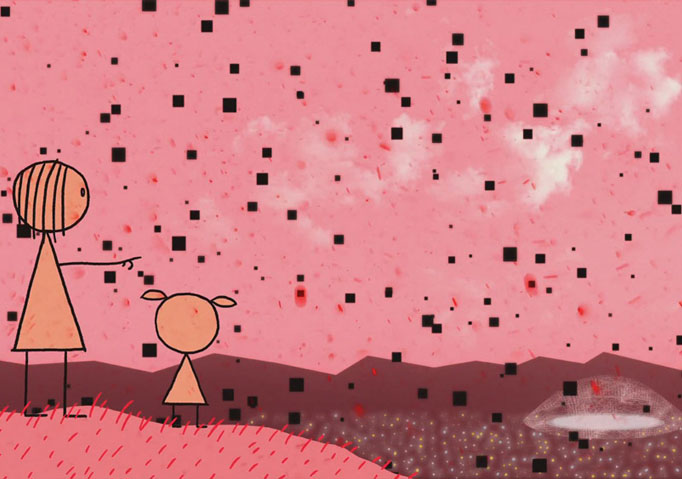 After showcasing the compilation trailer for this year’s Oscar-nominated shorts program, Indiewire is excited to exclusively premiere the individual trailers for each individual program, which includes documentary, live action and animation. As the Oscars quickly approach, cinephiles will no doubt scramble to see every nominated film possible, which can sometimes be a challenge when it gets to the short film categories. Fortunately, ShortsHD brings the films to audiences across the globe each year, and 2016 is no exception.

The 2016 Oscar-Nominated Short Films program will be released in theaters on January 29. Get to know each category a bit better in the must-see trailers below. All film info provided by ShortsHD.

“Ave Maria” (France/Germany/Palestine)
Five nuns living in the West Bank find their routine disrupted when the car of a family of Israeli settlers breaks down outside the convent. Unable to use the telephone due to Sabbath restrictions, the family needs help from the nuns, but the sisters’ vow of silence requires them to work with their visitors to find an unorthodox solution.

“Day One” (United States)
On the heels of a painful divorce, an Afghan-American woman joins the U.S. military as an interpreter and is sent to Afghanistan. On her first mission, she accompanies troops pursuing a bomb-maker, and must bridge the gender and culture gap to help the man’s pregnant wife when she goes into labor.

“Everything Will Be Okay? (Alles Wird Gut)” (Germany/Austria)
Michael, a divorced father devoted to his eight-year-old daughter, Lea, picks her up for their usual weekend together. At first it feels like a normal visit, but Lea soon realizes that something is different, and so begins a fateful journey.

“Shok” (United Kingdom/Kosovo)
In Kosovo in 1998, two young boys are best friends living normal lives, but as war engulfs their country, their daily existence becomes filled with violence and fear. Soon, the choices they make threaten not only their friendship, but their families and their lives.

“Stutterer” (United Kingdom)
For a lonely typographer, an online relationship has provided a much-needed connection without revealing the speech impediment that has kept him isolated. Now, however, he is faced with the proposition of meeting his online paramour in the flesh, and thereby revealing the truth about himself.

“Bear Story” (Chile)
Every day, a melancholy old bear takes a mechanical diorama that he has created out to his street corner. For a coin, passersby can look into the peephole of his invention, which tells the story of a circus bear who longs to escape and return to the family from which he was taken.

“Prologue” (United Kingdom)
2,400 years ago, four warriors — two Spartan and two Athenian — battle to the death in an intense struggle witnessed by a little girl, who then runs to her grandmother for comfort.

“Sanjay’s Super Team” (United States)
Young Sanjay, a first-generation Indian-American, is obsessed with television, cartoons and his superhero action figures. He is reluctant to spend time in daily prayers with his devout Hindu father, but a flight of imagination helps him develop a new perspective that he and his father can both embrace.

“We Can’t Live Without Cosmos” (Russia)
Two best friends have dreamed since childhood of becoming cosmonauts, and together they endure the rigors of training and public scrutiny, and make the sacrifices necessary to achieve their shared goal.

“World OF Tomorrow” (United States)
A little girl named Emily is taken on a fantastical tour of her distant future by a surprising visitor who reveals unnerving secrets about humanity’s fate.

“Body Team 12” (Liberia)
In Monrovia, Liberia, Garmai Sumo is the only female member of Body Team 12, one of the many teams collecting the bodies of those who died from Ebola during the height of the 2014 outbreak. Despite the perilous nature of her job and the distrust with which she is often met, Garmai remains dedicated to her work.

“Chau, Beyond the Lines” (Vietnam)
Chau, a teenager living in a Vietnamese care center for children born with birth defects due to Agent Orange, struggles with the difficulties of realizing his dream to become a professional artist and clothing designer. Despite being told that his ambitions are unrealistic, Chau is determined to live an independent, productive life.

“Claude Lanzmann: Spectres of the Shoah” (Canada/United States/United Kingdom)
Thirty years after the release of the documentary SHOAH, filmmaker Claude Lanzmann discusses the personal and professional difficulties he encountered during the more than 12 years it took to create the work. Lanzmann also discusses his relationships with Simone de Beauvoir and Jean-Paul Sartre, and his teenage years spent fighting in the French Resistance during World War II.

“A Girl in the River: The Price of Forgiveness” (Pakistan)
Every year, more than 1,000 girls and women are the victims of religiously motivated honor killings in Pakistan, especially in rural areas. Eighteen-year-old Saba, who fell in love and eloped, was targeted by her father and uncle but survived to tell her story.

“Last Day of Freedom” (United States)
When Bill Babbitt realized that his brother Manny had committed a crime, he agonized over the decision to call the police, knowing that Manny could face the death penalty but hoping he would instead receive the help he needed. Manny, an African-American veteran who served two tours in Vietnam, suffered from PTSD and had found it difficult to obtain healthcare.

This Article is related to: News and tagged Academy Awards, Oscars