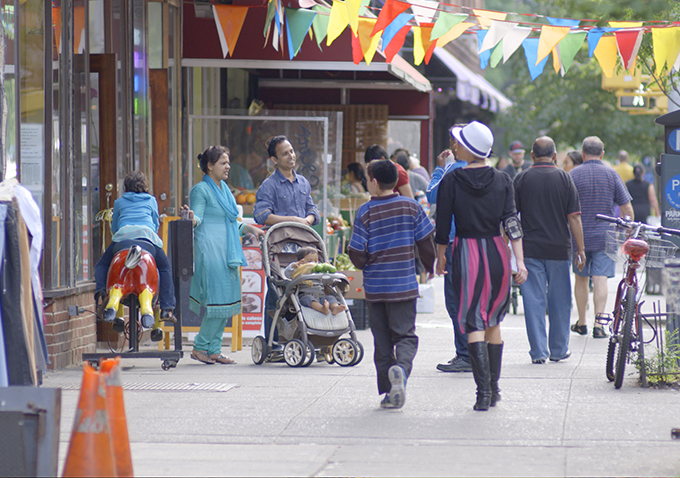 READ MORE: Frederick Wiseman’s ‘In Jackson Heights’ Explores One of the Most Diverse Neighborhoods in the World

Frederick Wiseman’s “In Jackson Heights” was one of the most acclaimed documentaries of 2015, though watching it on the big screen proved challenging as it only screened for a very limited time in select theaters. New York City moviegoers who missed the nonfiction feature at Film Forum over the summer are getting a treat, thanks to the Museum of the Moving Image, which will host an exclusive theatrical run of the film from January 15 through January 31 on Fridays, Saturdays and Sundays.

“We’re very proud that this incredibly diverse and vibrant section of Queens is the subject of one of the year’s most acclaimed films,” said Chief Curator David Schwartz. “We’re glad to have the opportunity to present the film to our local audience.”

In typical Wiseman fashion, “In Jackson Heights” features no narration or story arcs and merely relies on its mosaic-like editing to weave together an ambitious portrait of the Queens, NY community, which is one of the most ethnically and culturally diverse communities in the United States and the world.

The film was one of Indiewire’s Projects of the Day earlier this year, where Wiseman explained more about his subject matter. “There are immigrants from every country in South America, Mexico, Bangladesh, Pakistan, Afghanistan, India and China. Some are citizens, some have green cards, some are without documents,” he said. “The people who live in Jackson Heights, in their cultural, racial and ethnic diversity, are representative of the new wave of immigrants to America. The film raises issues of assimilation, integration and immigration, as well as the cultural and religious differences that exist in all the major cities of the Western world.”

All screenings of “In Jackson Heights” will take place in the Celeste and Armand Bartos Screening Room, with tickets ranging from $6 for members to $9 for seniors and students and $12 for general admission. Buy tickets at the MoMI website. The full list of showtimes can be found below:

READ MORE: Frederick Wiseman on How to Stay in the Business of Making Movies for 50 Years

This Article is related to: News and tagged Frederick Wiseman, In Jackson Heights, Museum of the Moving Image