How I Shot That: DP Bob Richman Goes Beyond the Binary in Sundance Doc 'Suited' 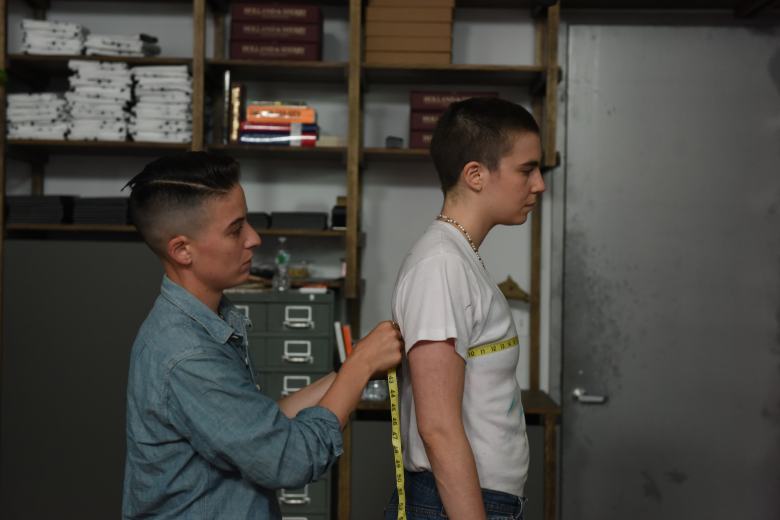 READ MORE: 14 Films We Cannot Wait to See at the 2016 Sundance Film Festival
Cinematographer Bob Richman has shot some of the biggest documentaries of the last 20 years, including “My Architect,” “The September Issue,” “An Inconvenient Truth” and two installments of the “Paradise Lost” trilogy.

His new film, “Suited,” captures the world of two Brooklyn tailors that cater to a diverse LGBTQ community and looks beyond the gender binary.

What camera and lens did you use? Canon C-300 camera. Canon HJ 11×4.7 B4 zoom lens with HDX35 optical adapter and the Canon 17-120 Cine Zoom.
Why was this the right camera kit for the job? This camera a lens combination worked well with my verite style. The C-300 sensor delivers beautiful pictures and works wonderfully in low light. With third party accessories that make it possible to shoulder mount the camera, I was able to use the Canon 17-120. The focal length range and its short zoom and focus barrel make it possible to cover a scene without changing lenses and without moving around. You can go from a three shot to a close up of someone’s facial expression without drawing attention to yourself.

It allows me to be unobtrusive and to deliver the kind of coverage an editor needs to cut scenes that can stand on their own without voice over or interviews to explain them. There is no other 35mm zoom lens out there that can compare. 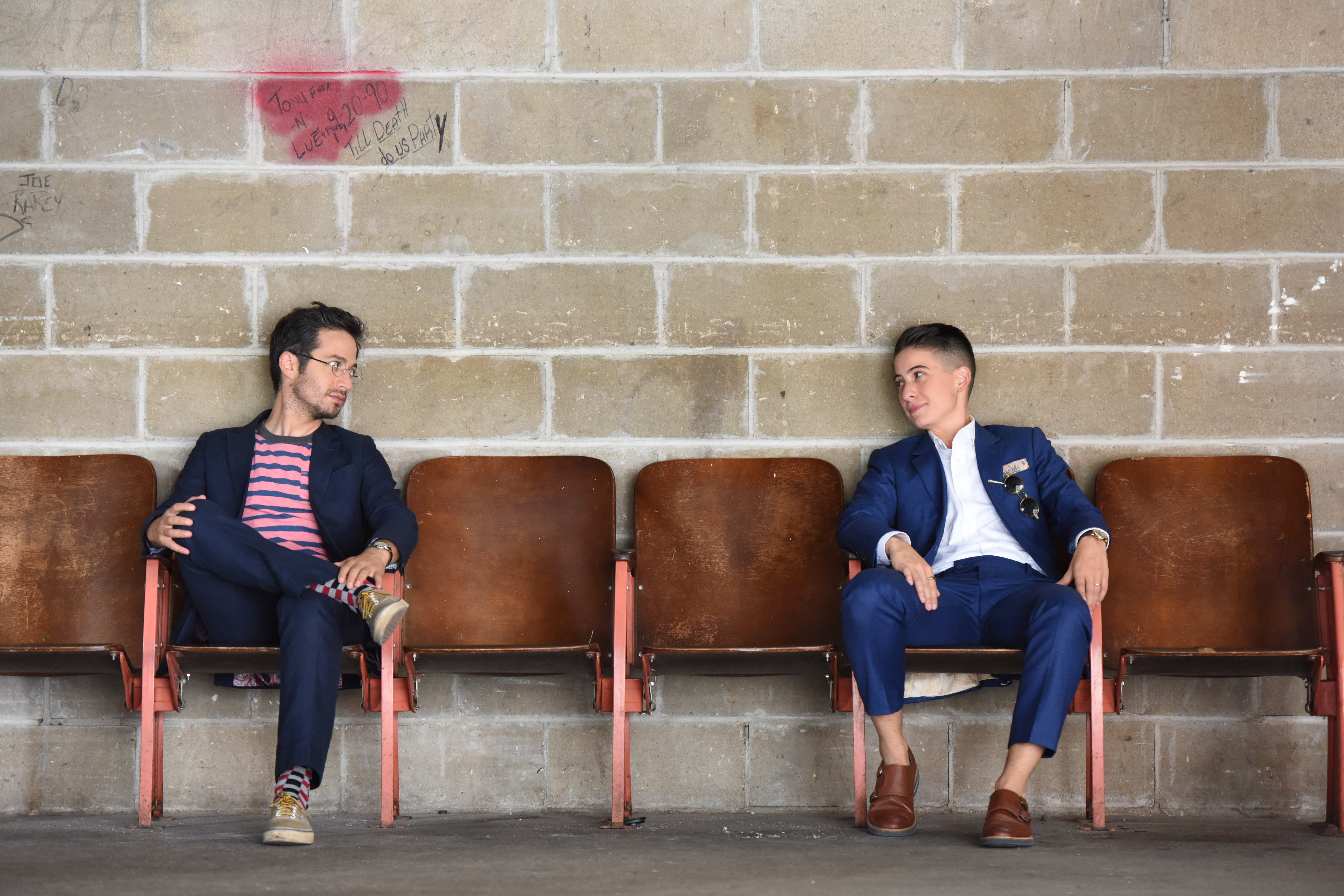 What was the biggest challenge in shooting this movie? How did you pull it off? I think when someone asks a cameraman that question they are expecting some kind of technical solution to a technical problem. I’m not a very technical cameraman to begin with. Just give me a camera with low light sensitivity that fits on my shoulder with the right lens and I’m good to go.

The challenge in this kind of filmmaking is building trust with your subjects and that takes both empathy and self-control. You have to earn the right to film someone in certain kinds of situations and you have to earn the right for them to open up completely to you. My rule is to treat filming subjects with the camera the same way I would without it, with respect and deference to their personal privacy. More than half that work was done before any filming even started. Jason Benjamin, the director, spent time with each of the subjects and made sure they felt comfortable and safe.

Of all your training and schooling, what one experience made you the cinematographer you are today? I didn’t go to film school. After college I traveled around the world for a year and when I came back having no film experience at all. I luckily landed a job as a production assistant with the verite pioneers Albert and David Maysles. Working with them molded me into the filmmaker I am today.
What advice would you give to an aspiring cinematographer? Is film school a good place to start? I didn’t have the opportunity to go to film school myself, but many people I work with did. I think it’s a wonderful place to start if it’s a good program and the real advantage is meeting other people who have similar interests as you. Your fellow students are the start of a life-long process of networking. The woman sitting next to you in class may become the next Martin Scorsese and you may become her DP. 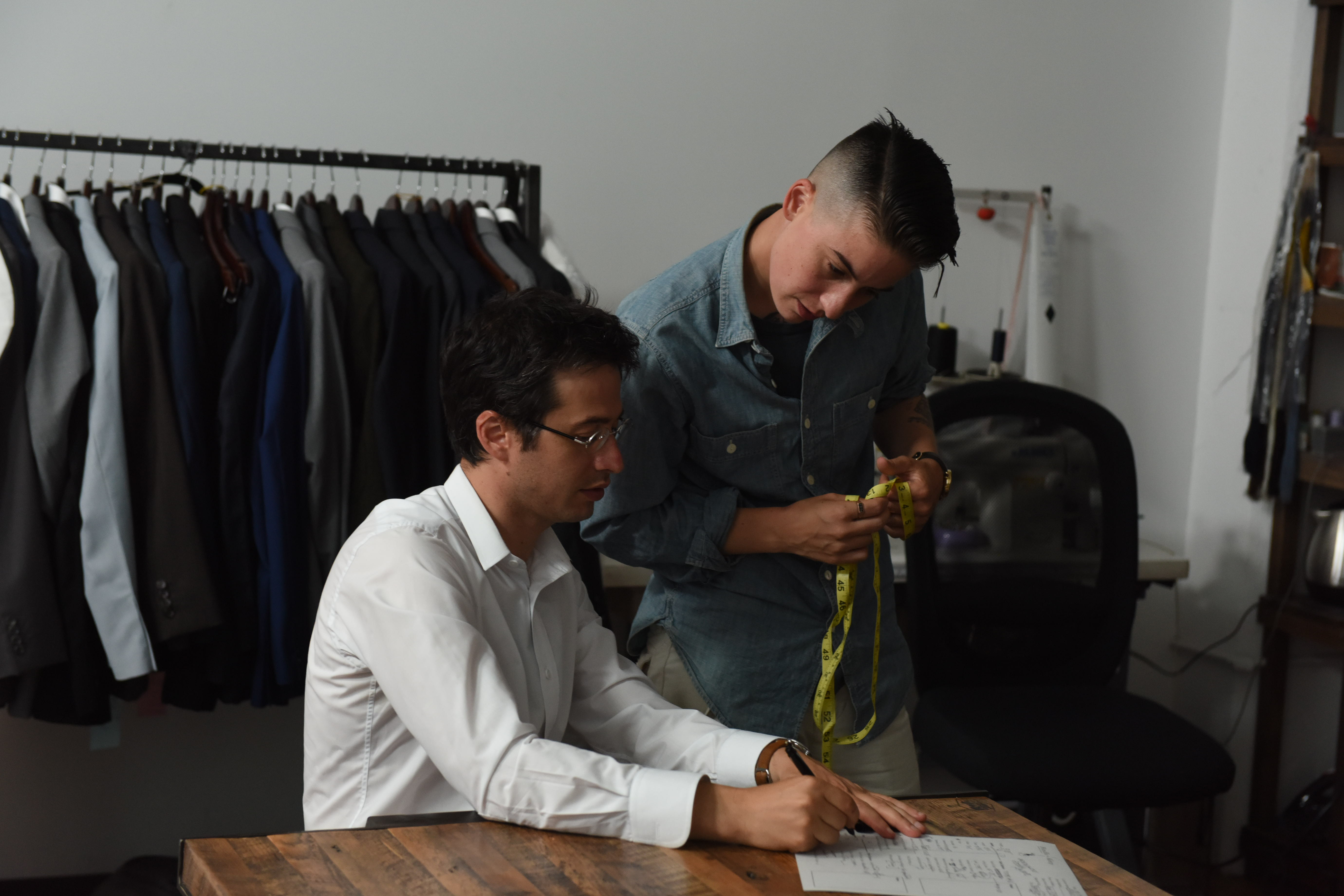 Who is your favorite cinematographer, and why? There are many cinematographers both in the documentary world and the narrative world that I admire, but if I have to pick one person who influenced me more than anyone else it has to be Albert Maysles. In Albert’s NY Times obituary, Martin Scorsese is quoted as describing his camera as “an inquisitive presence, but also a loving presence, tuned to the most sensitive emotional vibrations.” Every time I lift my camera onto my shoulder, Albert is sitting on my other shoulder whispering in my ear.
What new piece of equipment are you most excited about using in 2016? Cartier-Bresson said that he shot with his heart, brain and eye and I would have to say that they are the most important equipment you need and luckily you are given them at birth free of charge. Although they are not new they do need to be updated every day.
READ MORE: Why Sundance’s Tabitha Jackson Wants Audiences to Look at Documentary Films in a Very New Way
[Editor’s Note: The “How I Shot That” series is part of the Indiewire and Canon U.S.A. partnership at the 2016 Sundance Film Festival in Park City, where we celebrated cinematography and photographed Sundance talent at the Canon Creative Studio on Main Street.]

This Article is related to: Toolkit and tagged Canon, Cinematography, HBO, How I Shot That, Sundance, Sundance 16, Toolkit