How I Shot That: DP Larkin Seiple Explains How to Shoot an Action Film on an Indie Scale 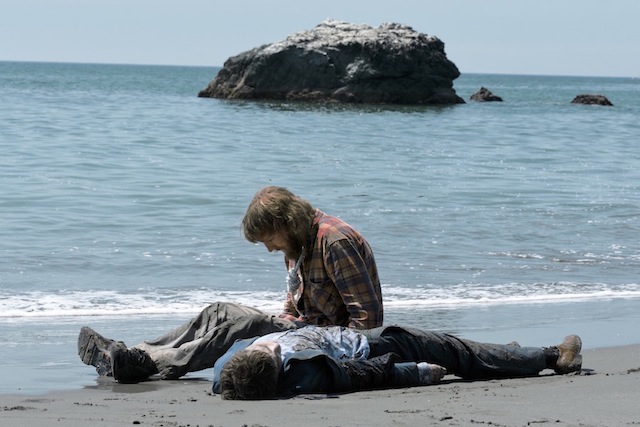 Los Angeles-based cinematographer Larkin Seiple is building a resume around Sundance movies. After spending a few years shooting music videos, Seiple transitioned to features with last year’s Kevin Bacon comedy-thriller “Cop Car,” a major discovery from last year’s Sundance midnight section. Now he’s back with one of the stranger entries in the festival’s U.S. competition, “Swiss Army Man,” in which a marooned Paul Dano hauls around a talking corpse played by Daniel Radcliffe. The movie’s unique setting and surreal events led to a number of technical challenges that Seiple happily confronted. The director of photography shows no signs of slowing down, having already wrapped the Miles Teller boxing movie “Bleed for This.”

What camera lens did you use? We used Arri Alexa XT with Cooke Anamorphic Lenses. We also used a Phantom Flex4k  camera with Cooke S4s for the bursting out of the river scenes and the popcorn explosion at 2000 frames per second, which actually looked too polished!

Two thousand frames per second — that’s almost too fast to process. It’s the only reason this camera exists. It’s a really good camera, and I’ve been trying to shoot a whole movie on it because it can shoot 24 frames as well. It’s used when they burst out of the river, which involved pulling stuntmen from underwater with a motorized cable against a green screen. It was also used when they crash back into the water, which lasts forever. We also shot RED Epic when they’re falling through the trees. It’s a weird POV shot. It was surprisingly complicated for how fast that shot lasts. We had a 360 lighting rig for when he was falling, but the shot plays out so quickly you barley notice, which is a good thing.

How did you shoot that? DoggiCam makes this vest where you can strap a camera to the actor. It was also used in “Requiem for a Dream.” We had these LED tubes that surrounded him in a circle and the light would chase around it to make it seem like he was tumbling. We then had six art people with different branches and leaves and big stumps to hit him to make it seem like he was falling through trees. But we wanted to keep it pretty dark to be realistic. It’s dark enough so you’re confused.

Why was this the right camera kit for the job?  Because
we were shooting anamorphic, we needed a camera with a full frame 4:3
sensor. Most cameras have a 16:9 sensor, so that’s why we choose the XT,
because you could maximize the full range. Plus, the Alexa looks great
right out of the box, it gets these really nice skin tones and we’re
used to working with it.

We
had also had a custom LUT, which adds contrast and saturation to the
image on set, which is different than what comes naturally out of the
camera, so we applied that on set to make it look pretty much as it
looks in theaters. I also like the camera in general. It’s easy to use
and fast and it’s not confusing whatsoever. 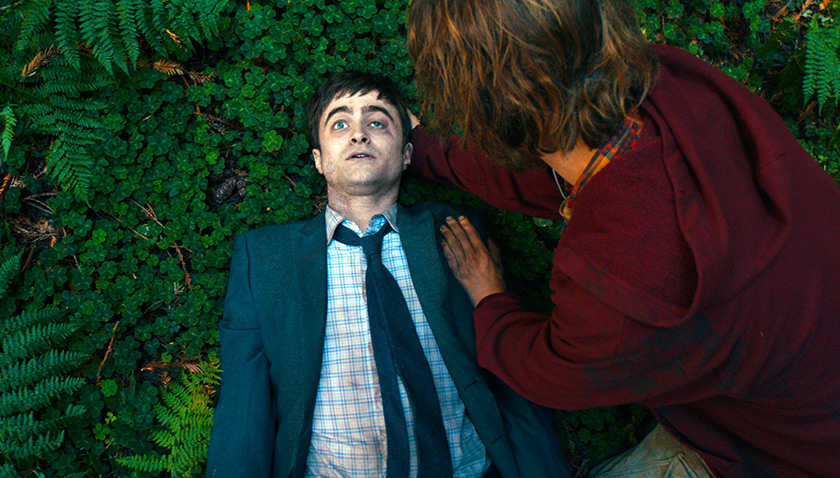 Do you own a camera? No,
I always debate owning a camera, but then the next one comes out a year
later and then you’re like, “Why do I own this camera?”

What was the biggest challenge and how did you pull it off? Trying to shoot an action film on an indie film scale. The last scene in the film has 30 shots and we had to shoot it during dusk. We had an hour to pull that off, moving between handheld and steadicam with practical effects. We actually ran out of time, so we had to do two pickup shots two weeks later on the beach.

I hadn’t done a lot of underwater photography, so we were able to get a great underwater photographer, Ian Takahashi, and we figured it out as we went. We had to make a pool feel like a really deep river. That was a lot of problem solving: “Do we need a lot of leaves and textures or do we leave it black to make it feel as murky as possible?”

Also, having to light a bear at night against all these pale actors…When the bear got on set, it was supposed to be brown, but it was black. So we had to relight the scene at the last minute.

You got sent the wrong bear? The pictures they sent us were much brighter and front lit. We thought, “Oh, this is a light, tan bear,” and then we saw that this bear was very dark. There were four handlers. And they all seemed nervous. The bear actually loved ice cream sandwiches so every time we’d shoot, we’d shoot for 30 seconds and then a bunch of guys would throw him ice cream sandwiches in his massive cage and the bear would wobble back into the cage. Then we’d wait to do the next shot.

The bear scene was tricky. We had to do some visual effects because Paul had to punch it in the face and it slashes Paul’s leg. We couldn’t actually do that, so we set up shots so the bear could mimic the action or the owner would come in with an LED stick to make it feel like a torch and wave it in front of the bear and the bear would react to it.

You really broke all the cardinal rules of independent filmmaking. People always say, “Never shoot with animals, never shoot in water…” …And
never shoot with kids. The girl that played Chrissy was great, but
Daniels chose her because she was authentic, which meant she wouldn’t
act on cue. She has these really natural reactions. All the other
options were these cute little actresses that sounded like they were
acting. The side effect was that, since she wasn’t acting, the mom would
be on set, coaching her through lines as the crew hid behind the set.
So yeah, kids, animals, underwater, wire work, fire.

In all your training and schooling, what was one experience that made you the cinematographer you are today? The
reason I became a DP was in college. At first, everyone wants to be a
director. Then I realized I could only direct one or two projects a
year, but as a DP, I could work on 10 or 20 instead. I didn’t want to be
a director but I wanted to be involved in storytelling and DP’ing was
an intimate way to be a part of the process. You can be a heavy
collaborator — and since the visuals are such a huge part, while you
didn’t direct it, you feel like it’s your project.

Any interest in actually directing? No. I really love the collaboration. I think the director’s job is way harder, way too many balls in the air.

What advice would you give an aspiring cinematographer? Film school is a great place to start. The first advice would be to do as much as you can so you know what you like and what you don’t like. Second piece of advice would be to find a collaborator you believe in, a director who will actually do good work and do what it takes. The funny part of film school is when I graduated, a professor said that you paid X amount of dollars to meet 10 people who will determine the rest of your career, which is 110% true.

Do you have a favorite cinematographer? Harris Savides, hands down. He’s done every kind of project and made it his own, whether it’d be a comedy or drama. He’s famous for his time piece work in films like “American Gangster” or “Milk.” I watch any of his films and I wonder how he did it. He’s always been my muse and most of my DP friends always want to do something on the caliber of what he has done. He’s the watermark. A lot of people also love [Roger] Deakins. Robert Elswit is also someone I really like. Savides really choose the work he wanted to do and didn’t do a movie just to do it. He had a reason to do it. He responded to the story. He also came from doing music videos, which was really cool.

What new piece of equipment are you excited about using? The
Large Format Cameras are really exciting like the Alexa 65. Canon is
making these super high speed cameras, with insane ISO, so you can have
an entire scene lit by moonlight and never know. It’s that sensitive.But
I also feel like night should feel like night. You don’t want it to be
too bright. I did one video with thermal once, the same camera they used
on “Sicario.” They shot in thermal, which is funky, because it makes it
look like a video game. There’s no reference to real life, so everyone
moves really fluidly, everything is just a heat reference.

Things have certainly changed since the days of “Barry Lyndon.” They also had very special lens for that, from NASA. Most lenses todays
are 1.3 [aperture], but those lenses were 0.7, which was crazy at the
time. Even though it’s not “new” equipment I want to shoot on film more
often. Shooting on film these days is really wonderful. But it’s so
cumbersome with producers and such.

Would you ever do a studio movie? I’ve gotten one offer like that before, but in order to do that I would
have to build street cred with the studio in advance, plus there’s the
bonding. On “Bleed for This,” I had to get bonded — the financiers
taking insurance on a movie — and they asked, “What kind of movies have
you done?” I said, “I did a one million dollar film?” They said, “This
is a five million dollar film, can you do that,” and I said, “Well, I’ve
done big commercials?,” so I’m not sure how I got it.

[Editor’s Note: The “How I Shot That”
series is part of the Indiewire and Canon U.S.A. partnership at the 2016
Sundance Film Festival in Park City, where we celebrated cinematography
and photograph Sundance talent at the Canon Creative Studio on Main
Street.]

This Article is related to: Toolkit and tagged Canon, How I Shot That, Sundance 16, Sundance Film Festival, Swiss Army Man, Toolkit