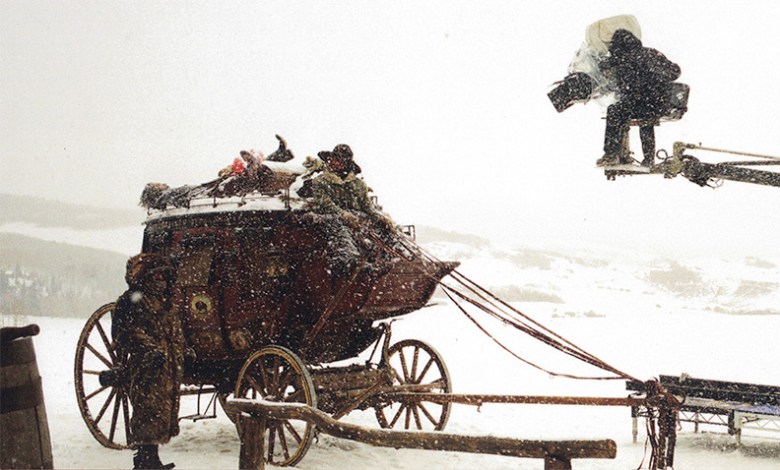 READ: What It’s Like to Be a ‘Hateful Eight’ 70mm Projectionist (With Quentin Tarantino Watching)

When Steve Bellamy took over as president of Kodak’s Motion Picture and Entertainment division a little less than three months ago, the young entrepreneur made it his mission to restore film to its bygone status of being a golden standard of cinema and to ensure it remained a “viable and reasonable option.”

Fortunately for Bellamy, a great deal of award-winning films have been shot on the medium this past year, including “Carol,” “Bridge of Spies,” “Steve Jobs” and “Son of Saul,” leading Bellamy to write a letter of appreciation to the filmmakers that continue to dedicate their craft to the somewhat stagnating method. Singling out Quentin Tarantino’s “The Hateful Eight,” Bellamy could not be more grateful for the auteur’s commitment to film.

Tarantino went to extreme measures to guarantee that the film would not only be shot in Ultra Panavision at the enormous 2.76:1 aspect ratio, using customized anamorphic lenses, but also that the film would be presented in the awe-inspiring format as well. Bellamy points out the great efforts that Tarantino undertook in order to showcase the film in its intended manner, such as outfitting 100 theaters with custom-built 70mm projectors.

Read Bellamy’s letter in full below: 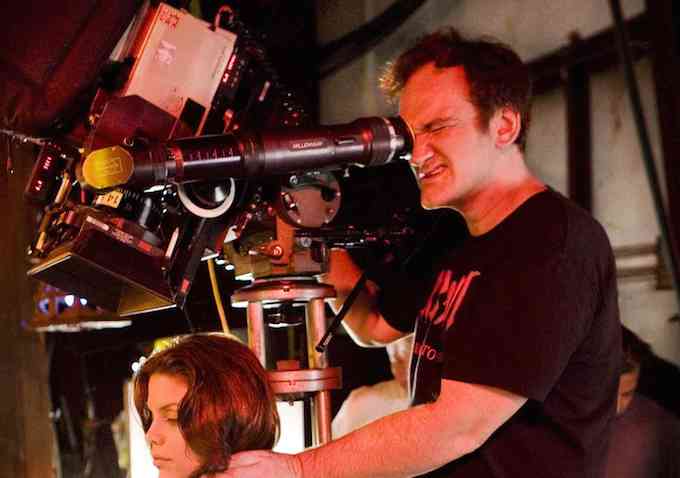 It has been a banner year for film, with so many award contender movies shot on the medium including: ‘Star Wars,’ ‘Bridge Of Spies,’ ‘The Big Short,’ ‘Carol,’ ‘Joy,’ ‘Steve Jobs,’ ‘Trainwreck,’ ‘Love And Mercy,’ ‘Spectre,’ ‘Black Mass,’ ‘Mission Impossible’ and ‘Son Of Saul’ to name but a few. In all, the better part of 100 movies were shot on film in 2015!
There have been so many people instrumental in keeping film healthy and vibrant. Steven Spielberg, JJ Abrams and all the directors of the aforementioned films have been such amazing stewards of the medium. The imagery in ‘Carol’ was so breathtaking, and it was shot on Super 16! Generations of filmmakers will owe a debt of gratitude to Christopher Nolan and Quentin Tarantino for what they did with the studios. Again just a banner year for film!
We at Kodak would like to take a moment to recognize what the Tarantino team accomplished with ‘The Hateful Eight’ as it was more than just making a movie on the gold standard of film, or a preservation of the past. They did not just create the analog of analog, but they created a new apex for analog.
To create a film that was groundbreaking and unprecedented, there were custom film lengths and mags created. They re-engineered and modified anamorphic lens packages that had not been used in 50 years, and retooled cameras to shoot in Ultra Panavision at an aspect ratio of 2.76:1. They then had to make sure that everything not only worked together, but could work for 5 months in incredibly harsh climates and frigid temperatures.
What they did for the roadshow portion of ‘The Hateful Eight’ was equally impressive and with no easy layups. They built new 70mm film projectors from old projectors and parts acquired on EBay. They coordinated with theatres across the country to get these newly built partscaster projectors into booths. And much like the days of ‘Gone With The Wind’ and ‘Ben Hur,’ this group created a viewer experience with an intermission, a musical overture and a beautiful program to harken back to the days when people made a big deal about going to the movies. Hateful 8 is like going to the opera….only with lots of bullets and in glorious 70mm!
While the team deserves a lot of credit for their efforts, the real win was the film. ‘The Hateful Eight’ is a timeless master craftsman piece of art, that exploits the benefits of 65mm to its fullest. Every image on the screen is simply breathtaking! Marry that to incredible performances, beautiful sets and wardrobe, a heavenly score and a new apex of Tarantino dialogue, and you have a truly unique and glorious movie going experience. While we aren’t critics, it is certainly one of the best films of 2015!
In a landscape filled with masterpieces of adapted works and movies based on actual stories, it is also great to have a timeless piece of fiction…a story, hatched from the brain of one of our great story tellers.
And lastly, as it stands now ‘The Hateful Eight’ is projecting on about 2500 screens in North America. Of those 2500 screens, there are 100 projecting in 70mm film. If you are looking for an amazing movie experience, find one of those 100 theatres! You will be treated to a movie experience that will transport you back in time and that you will be talking about for decades!
Enthusiastically and Respectfully,
Steve Bellamy
President
Kodak
Motion Picture and Entertainment”