Review: 'Shades of Blue' Is Rich With Juicy Twists, But Can It Survive on NBC? 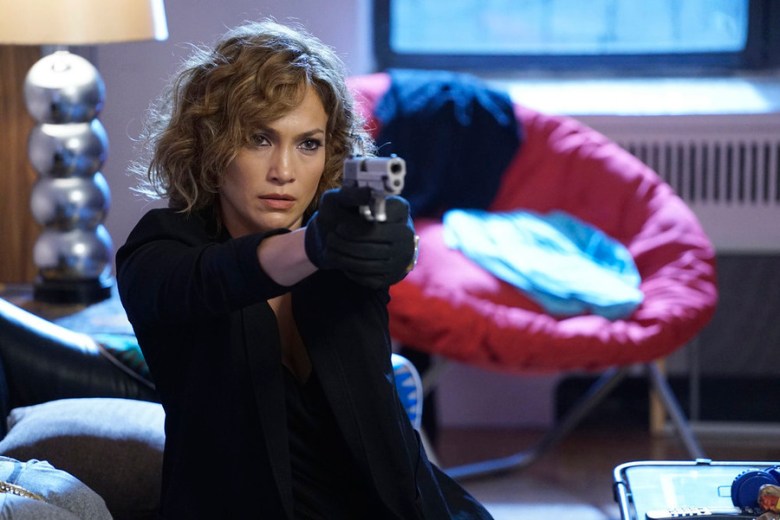 
It’s starting to look like the pilot process is what’s wrong with broadcast TV. When the first episode of a prospective series is what’s used to sell the next 13, 22 or 100, be it to the network ordering them or the audience tuning in at home, so much story has to be packed into that initial taste. It can feel crowded, overdeveloped or, on occasion, conclusive. Then the follow-up hour has to backtrack a bit or, at least, slow down enough to set up the long-term story arc. It can create a feeling of whiplash at worst and disconnection at best. Not all broadcast shows suffer because of the emphasis on pilots, and some don’t even have to go through the process, but the impact can still be felt on most shows.

This includes “Shades of Blue.” Interestingly enough, the Jennifer Lopez cop drama co-starring Ray Liotta and Drea de Matteo was picked up straight to series by NBC, but the first hour of the 13-episode first season still feels like an audition; an audition that, if Lopez was back behind the judge’s table at “American Idol,” she might advise to “do less.”

Lopez stars as Harlee Santos, an experienced detective in the NYPD tasked with training a newbie at work and raising a daughter at home — by herself. To help with their overworked and underpaid lifestyle, Harlee and her precinct partners take handouts from local bookies and shop owners in exchange for protection. But the money isn’t just because they’re greedy. It’s a bond that unites the crew and helps keep the peace on the streets. 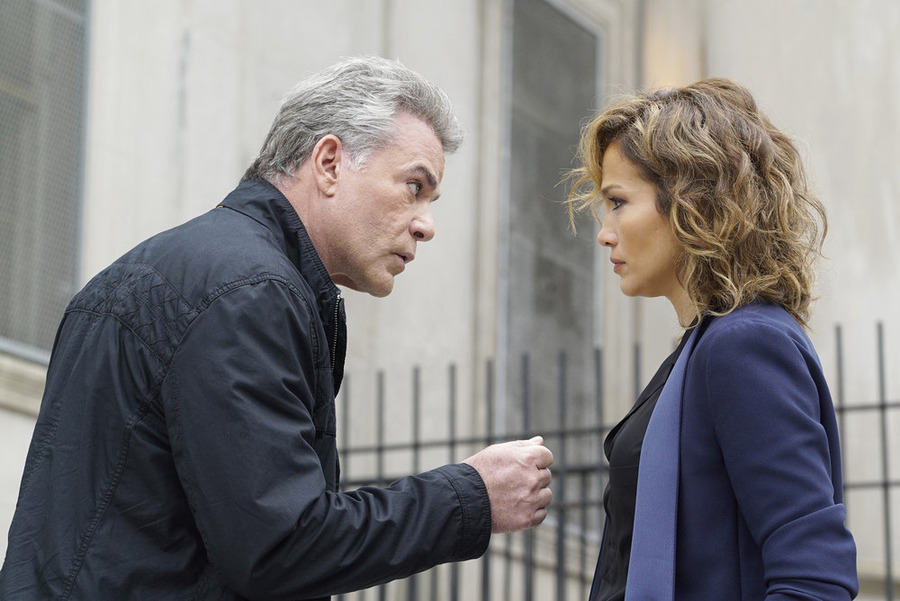 Then it goes to shit. Sent to meet with a new “client,” Harlee instead finds an FBI team investigating her unit. They want her to snitch on her boss, Lieutenant Matt Wozniak (Ray Liotta), and, despite her loyalty, she agrees because hey, she’s got a daughter to raise. What follows is a manhunt on both ends, as Harlee tries to protect and press Wozniak all while the other officers are investigated as the rat Woz somehow knows is in his unit.

Sound familiar? It is. “Shades of Blue” is yet another in a string of broadcast cop shows where it wants you to question the line between right and wrong as it pertains to our boys (and girls) in blue. It doesn’t stray too far from the fold, either, though Adi Hasak’s (“3 Days to Kill,” “From Paris With Love”) first foray into scripted television does make a small effort to keep with the times. One of the defining moments of the show comes very early on, when Harlee takes her young partner on a call and he ends up shooting an unarmed black man. She frames it to make it look as though her trainee was fired upon, thus looping in the more prominent ethical concerns of the series, but his journey takes him down a path much more pertinent to modern audiences.

Detective Loman, played by Dayo Okeniyi (“Terminator Genisys,” “The Spectacular Now”), is torn up twice over. He’s hesitant to start down the path of a corrupt cop, so obviously represented by his partner and her immediate decision to protect Loman instead of the victim (and our accepted notions of justice). But he’s also disgusted by his own behavior — a black man shooting another black man for the wrong reasons. Loman’s story doesn’t get as much play as it necessarily deserves, but his story is an intriguing and well-captured B-story to the more broadcast-friendly debate going on in the foreground.

Still, his choices eventually begin to blend with and even influence Harlee’s, as the cop who thought she knew who she was and what she was doing is pushed to question everything over the course of the first eight episodes (which is how many were made available for review and how many were watched by this critic). I know, I know. It sounds cliche, and there are plenty of those tossed in throughout the first season. But “Shades of Blue” actually works for its emotional turmoil, slowly earning each near-fatal slip by Harlee in her impossible mission to make everything okay again — both with her dirty precinct partners and the FBI agent pushing her to rat them out.

Lopez, who’s always had the talent to handle intense drama, does a bang-up job with her character’s slow transformation, and Liotta is as fiery as ever in a role custom made for the former “Goodfellas” gangster. The two have excellent chemistry and seem to elevate the other actors around them; none of whom are particularly weak, but some of which haven’t seemed as authentic in quite a while. (Yes, I’m talking about ex-“Sopranos” star Drea de Matteo.) All of these elements make “Shades of Blue” an interesting conundrum. It’s trite but kind of timely; predictable but hiding a few good surprises; fun but very serious.

If it was on cable, I’d say it’s slowly trying to find itself. The pilot (directed by Barry Levinson) starts off so hot with so many hooks it had nowhere to go but down, and it does. But while it’s pulling back on the reins, “Shades of Blue” finds a comfortable if bumpy rhythm. Sometimes it slips into episodic trappings inherent in most cop shows, but it mostly sticks to the mission at hand as it slowly unravels its leading lady. She’s torn between two worlds, and the show feels much the same. Off broadcast, it could have shed some extra weight, found its true grit and possibly been pretty great (the cast is there, after all). But on NBC, with the demands for same-day ratings and traps of a “camel by committee” mentality, it may turn into just another cop show. For now, try to enjoy the slow-burn. Just don’t be surprised if those juicy twists eventually run dry.