Sundance Review: Barack and Michelle Obama Make a Cute Couple in 'Southside With You' 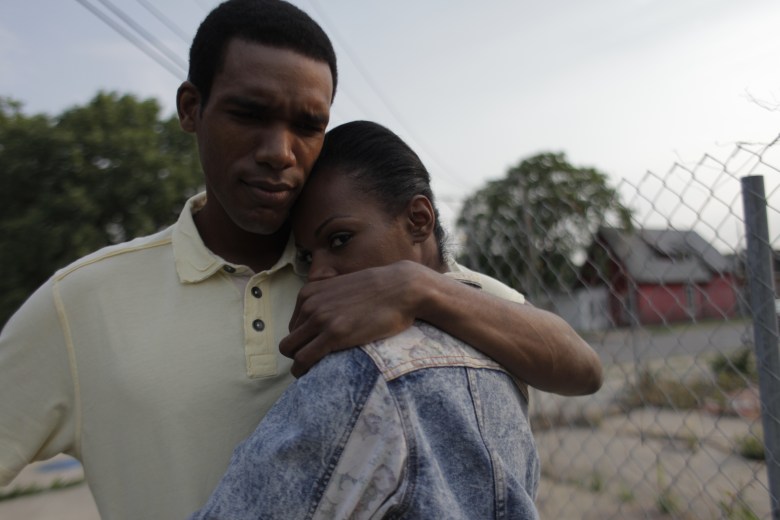 The moment Parker Sawyers surfaces as a young Barack Obama reaching for a cigarette in “Southside With You” invites immediate chuckles, which continue as would-be wife Michelle Robinson (Tika Sumpter) prepares for an outing that he promises is not a date. “Thought you said he’s just another smooth-talking brother,” her mother says as Michelle tries to downplay expectations. But expectations, in a movie that turns the heavily mythologized courtship of America’s future First Family, don’t go down easy.

But when the laughter subsides, the perceptiveness of writer-director Richard Tanne’s first feature settles in. While a bit too enamored of the foreshadowing built into its premise, Tanne’s impeccably acted two-hander examines the Obamas through an infectious, talky script loaded with keen observations, not unlike the appeal of its subjects.

A blatant nod to Richard Linklater’s “Before Sunrise” and its sequels, “Southside With You” unfolds as a daylong odyssey through the Chicago area. In the midst of a temporary gig at Robinson’s law firm, the Harvard-minted Barack invites Michelle to join him for a community organizing session, only to reveal as they’re en route that he picked her up several hours early. Initially offended by his advances, she eventually settles in for an afternoon of meandering conversations about race relations, art and professional motivations. Wandering through an art gallery and through the city streets, their talks become the engine of a plot designed to dissect Obama’s psychological motivations from the inside out.

At times, the script can sound a bit like someone skimming the Wikipedia pages of both subjects and pasting it into lengthy passages of dialogue, but the actors elevate it. More than being a dead-ringer for Obama’s physicality, Sawyers nails the character’s cadences without overplaying them. While mostly tasked with reacting to his garrulous persona, Sumpter imbues Robinson with a rascally attitude that provides the ideal foil to Obama’s overconfident demeanor. Whether exchanging awkward glances as Obama drives them through town or gleefully joining a drum circle during their stroll through the park, their bonding process maintains a subtle authenticity. Just as they’ve transfixed the nation, their onscreen chemistry is infectious.

Nevertheless, “Southside With You” would amount to little more than celebrity worship if it failed to examine Obama’s emerging ideology. At its strongest moments, it digs into Obama’s keen intelligence on a variety of subjects. Observing the work of African-American painter Ernie Barnes as they amble through the local museum, Obama explains Barnes’ role as the painter for the sitcom “Good Times” — a canny window into the process of importing black identity into mainstream consciousness, which points to Obama’s own evolving tactics on that front. Robinson offers her own assessment of blackness in the corporate culture that dominates her law firm. “I feel like I leave planet black and land on planet white,” she says.

However, nothing tops the remarkable stump speech Obama delivers at the community gathering, when the oratorical mastermind galvanizes the room by assessing their need to convince city council members to fight on their behalf. By the time evening arrives and the duo head out to see “Do the Right Thing,” the movie has consolidated the entire cultural energy surrounding the same newness of the Obamas in American politics as when they first emerged onto the scene.

In moments like these, “Southside With You” gives its actors material to match their credible delivery. Elsewhere, the narrative strains from overstated drama, particularly once Robinson confronts Obama about lingering issues surrounding his absent father. Overstating its premise, “Southside With You” slips into gimmickry, but never at the expense of its charm. It may not offer a fresh perspective on the world’s most famous couple, but effectively resurrects their initial appeal in public life by uncovering its roots.

“Southside With You” premiered last week at the Sundance Film Festival. It is currently seeking U.S. distribution.

This Article is related to: Reviews and tagged Reviews, Southside with You, Sundance 16, Sundance Film Festival