Sundance Review: Werner Herzog's 'Lo and Behold' Will Make You Experience the Internet in New Ways 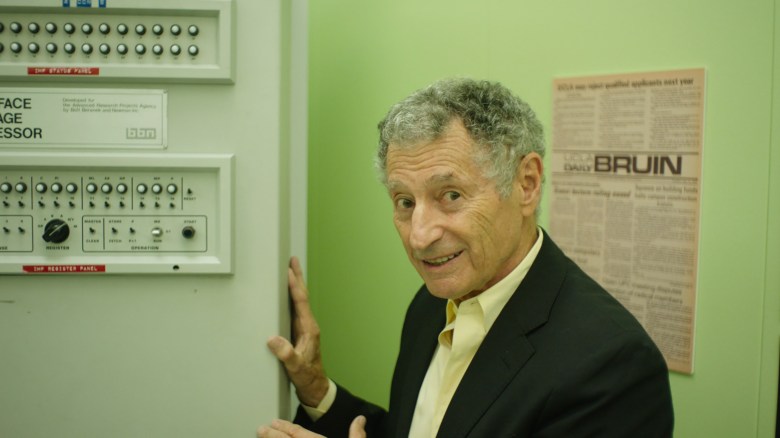 Anyone looking for a comprehensive overview of the internet’s history and future won’t quite get it from Werner Herzog’s “Lo and Behold: Reveries of the Connected World.” Though commissioned by the cyber security firm NetScout, the movie is more a commercial for Herzog’s amusing and playfully philosophical style of non-fiction storytelling than the corporate entity funding it. Herzog acolytes will find the usual dose of eccentric musings; others may find it alternately perplexing and thoughtful when not hijacked by Herzog’s intrusive remarks. But one thing is certain: You’ve never seen the internet discussed like this.

Ever since “Grizzly Man,” the German New Wave legend’s distinctive Bavarian voiceover has taken on a viral life of its own (although the filmmaker preceded it with decades of earlier documentaries made in a similarly personal fashion). “Lo and Behold” is no exception. From the beginning, it’s immediately clear that we’re in familiar territory: Herzog begins by exploring the so-called “birthplace of the internet” on the UCLA campus, following kooky tech visionary Leonard Kleinrock as he delivers a lively monologue about the transmission of the first online message in 1969; the whole time, Wagner’s “Ride of Valkyries” threatens to drown him out. Herzog may not understand every detail of the internet age, but this is his playground.

A meandering essay film about humanity’s reliance on modern technology, “Lo and Behold” holds the internet at arm’s length. The filmmaker’s Luddite perspective allows him to restrict his focus to abstract, poetic details. From one expert analogizing the flow of digital information to a stream of water, Herzog pivots to topics as far-reaching as online harassment, addiction, space travel and dreams. Frequently heard behind the camera but never seen in front of it, Herzog’s gaze becomes our own, as he peppers his subjects with beguiling metaphysical questions: Can a network-empowered machine find love? Hope? Believe in God?

These questions have been asked before, but Herzog provides them with his own unique framework, forcing his subjects to think big, deep and irreverent. He makes them speak directly into the camera while tossing in off-the-cuff observations unrelated to the interview at hand. He adds casual moments in between conversations (“You don’t need to introduce yourself, this is perfect,” he tells a young recovering internet addict after he walks toward Herzog’s camera across a wooden bridge), which would seem amateurish if it weren’t so funny. Though Herzog’s presence at times distracts from the material, he excels at humanizing it, finding the beguiling and lyrical possibilities of dense concepts. The movie’s 10 chapters are stanzas, with the director’s narration setting the terms of the prose.

Despite its scattered approach and occasionally clumsy transitions, “Lo and Behold” keenly explores the future ramifications of the internet without attempting to fully understand it. A handful of basic visuals explain the original notion of the information superhighway, but such details are secondary to the manner in which Herzog gets people to talk about it. 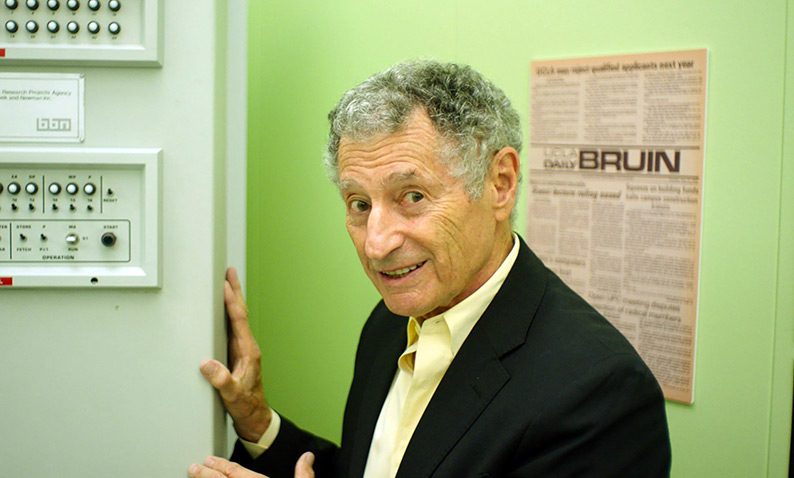 Influential figures of the digital landscape, from erstwhile hacker Kevin Mitnick to hotshot innovator Elon Musk, elaborate on the complex possibilities of a plugged-in society. But Herzog’s most perceptive subjects are the brain scientists who explore the elaborate possibilities of the internet to change human identity, leading to the tantalizing suggestion that such a moment has already arrived.

This naturally gives rise to the implication that depending on the internet has left humanity in a vulnerable place. Herzog offers up a striking image to illustrate his point: a group of monks standing in front of an urban skyline while staring at their smartphones. Toeing the line between technophobia and awe, “Lo and Behold” eventually becomes a kind of speculative science fiction film that just happens to unfold in the present.

With such a broad topic on the table, the movie’s exposition is its weakest link. Early discussion of the internet feels like a by-the-number regurgitation of Wikipedia highlights. But Herzog finds himself on steadier ground digging into the cultural ramifications of online behavior. A haunting, surreal interview with the family of a dead woman, whose decapitated head was photographed and went viral after her fatal car accident, builds to a sense of profound horror. Avoiding photos of the woman himself, Herzog instead shows a room filled with her favorite things, creating a powerful contrast between her simplified online fame and the life that preceded it. He lets the woman’s mother deliver the movie’s harshest verdict: “The internet is the manifestation of the anti-Christ.”

Elaborating on that conclusion in gentler terms, Herzog visits a rehab clinic for internet addiction in rural Washington, finding characters eager to put their lives back together. It’s here that the purpose “Lo and Behold” finally snaps into place, as Herzog sketches out an ecosystem of internet dependency that includes good and bad effects alike. Rather than dwelling on the macabre details, Herzog returns to the more tantalizing possibilities of an online community — the inner workings of a self-driving car to the prospects of finding an online connection on Mars.

Herzog’s oddball questions lead to pensive responses, if fewer cogent explanations, but that’s part of the documentary’s inherent charm. As heavy theoretical discussions generally lead to poignant remarks, Herzog brings a reflective quality to forces usually taken for granted. Whether contemplating if we’re “in a cyber war we don’t even notice” or an on-demand culture labeled “the internet of me,” Herzog’s inquisitive tone never lets up.

His offbeat perspective provides a refreshing contrast to the internet vernacular of gifs, tweets and text message shorthand, all of which are absent from the movie. With its grab bag of awe-inspiring observations, “Lo and Behold” is ironically idealistic even as it hints at civilization’s impending downfall. Herzog finds the internet equally scary and otherworldly. He offers up his usual acknowledgement of the chaos in all things, but this time it’s almost as though he’s celebrating it. Even minor Herzog can feel like a major statement.

“Lo and Behold” premiered this week at the Sundance Film Festival.