What Does a 21st Century Film School Look Like? 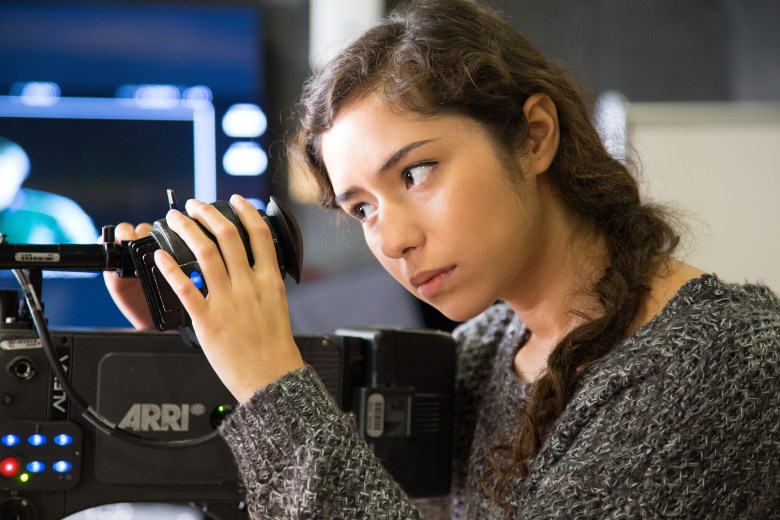 Two and a half years ago, veteran producer and director Jonathan Wacks was given an unique task: Build a new film school from the ground up. The challenge of starting Brooklyn College’s new graduate film school from scratch would be daunting for its founding director. Wacks and his team would have to design every last detail, from writing the curriculum to hiring a staff to deciding what actually would go in the building. On the plus side, and unique to the academic world, they would not be dealing with legacy, whether it be old equipment, old ideas or an inflexible faculty.

“We started by asking ourselves what does a 21st century film school look like?” Wacks told Indiewire on a recent tour of the school. “How do we stay relevant? How do we stay meaningful to being a filmmaker today?”

These weren’t theoretical academic questions Wacks would have years to ponder. The publicly and privately backed Feirstein School, led by a $5 million gift from former hedge fund manager Barry Feirstein and $8.7 million from the mayor’s Made In New York program, had the money in the bank to build a state of the art school and the expectation was Wacks would have it ready to open its doors in two years.

“In the beginning, it was a little bit of smoke and mirrors,” Wacks admitted. “When this first class applied we were still building the school and hiring faculty. Basically, we had a really nice website.” Now with that inaugural class of 70 students having finished its first semester and the graduate program accepting applications for its second class, Indiewire visited Steiner Studios at Brooklyn Navy Yard, where the Feirstein School is housed, to see what exactly a “21st century film school” looks like. 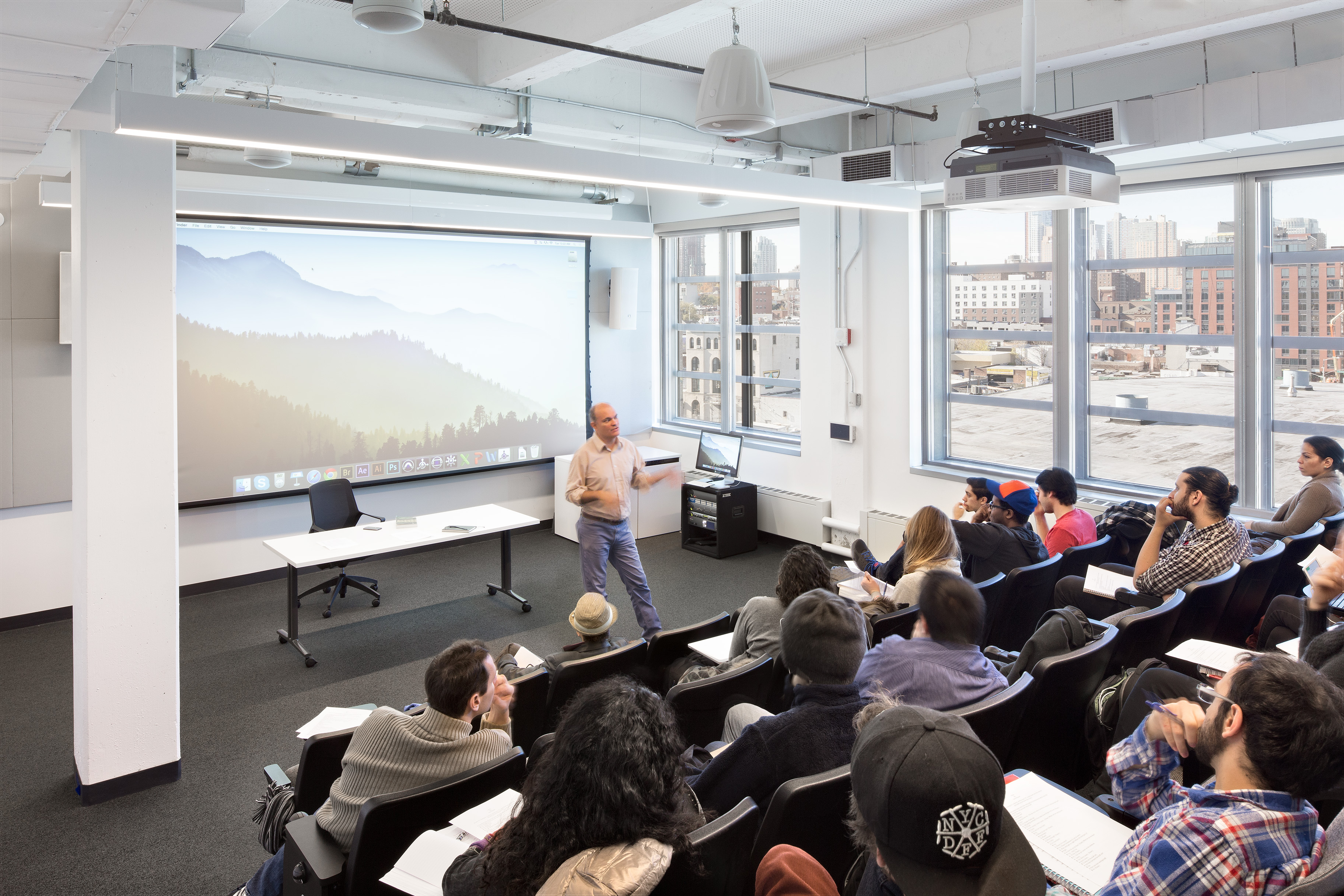 The guiding philosophy of Feirstein is clear: Field specific professional training. At the end of three years, Wacks wants to make sure that every graduate leaves the school prepared to be a working editor, screenwriter, cinematographer, director or producer. According to Wacks, the days of every grad student wanting to be a director are out-dated.

“When I went to UCLA in the ‘80s, there was a concept of the ‘total filmmaker’ and you could come out of film school and find your place,” recalled Wacks.

For Wacks, that’s actually what happened. After he finished school, he became part of the team that made “Repo Man” and served as the producer of what would soon become a cult classic. “I went to school to become a director and it’s sort of like I knew enough to be a producer, but I only took one class in producing at UCLA. It wasn’t my thing, but I figured it out.”

“When I was at school, and what’s still happening at most grad programs, is there is a sense that everyone wants to be a director and somehow you’ll game the system so you can get there,” explained Wacks. “We just live in a different time and the industry has changed. In 2016, when you are going to graduate school, you are going for professional purposes, you can’t be going to find yourself. If you aren’t sure what you want to do as a filmmaker, figure it out first, because this is an expensive business. Even though we are about a one-third the price of NYU or Columbia, it’s still $18,400 a year and you are taking yourself out of the job market for three years.”

As a result of this thinking, when you apply to Feirstein, you apply to a specific track: Directing, screenwriting, producing, post-production, cinematography and, starting in 2016, there will also be visual effects and digital animation tracks. While the first semester is a common core film education, the next five semesters are geared to rigorous training in the student’s specific field.

The first thing to know about Brooklyn College’s new film program is it nowhere near the Brooklyn College campus. In fact, it is on the far opposite side of the city in the old Navy Yards, where Steiner Studios hosts large Hollywood productions. Get off on the wrong elevator and you’ll be in the production offices for Martin Scorsese and Terence Winter’s new HBO show “Vinyl” (something this reporter learned the hard way). Look out the window and down below, you’ll see film equipment being off loaded from Haddad’s trucks into the sound stages.

The setting is not an accident, but rather a key component of Feirstein’s professional training philosophy. It’s an aspiration of the grad program to fully integrate itself into the New York’s professional world, including internships at Steiner itself, but for the meantime, the setting is more inspirational as the school tries to build partnerships and figure out logistics of its internship program.

Ultimately, though, it’s more what is inside the school, than outside, which gives students exposure to the modern professional film world.

Housed in what use to be two floors of the headquarters of the U.S. Navy, the school is 70,000 square feet that were completely gutted — every wall torn down and rebuilt to be a state of the art film school. It is hard to fully capture just how well equipped Feirstein is. There are fully equipped foley, ADR and mixing studios — not one room with multiple purposes, but separate stages with engineering booths on the other side of the glass. There’s a 4,000 square foot sound stage, which is attached to equally enormous construction room to build sets. Down the hall, there are makeup and wardrobe rooms and even a green room, with a close captioned monitor of the sound stage.

Meanwhile, there’s multiple rooms currently being designed for the new visual effects and animation classes that look like something out of sci-fi movie. Once the students enter the third year and begin production on their thesis films, there’s a wing of small production offices and an adjoining conference room for them to use.  Virtually every room is equipped with 95” LCD screen or a 4k projector that is networked to access every piece of footage and movie in the school. Students are using the newest postproduction tools, lights and cameras, like the Arri Alexa.

Of particular pride to Wacks is the practical thought that went into how space was designed. “We didn’t have to shoehorn a film school into the space and make compromises. We were able to do things like wire the entire building and put the freight elevator across the hall from the equipment room. Once I got over the initial hump of how to do this, it was like being a kid in the candy store.”

The space itself is visually stunning. Right on the water, up on the sixth floor, no matter where you are in the school, there’s at least one 20’ high bank of windows with an view of Manhattan and/or northern Brooklyn. It’s also enormous. Currently the place feels empty, with only 70 first year students banging around trying to finish their first semester films, but as Wacks points out, in three years when the first year students will be in their third year, there will be three times as many students, plus 28 visual effects students.

The Navy Yard space now occupied by Feirstein was at one time being eyed by the Weinstein Company as potential offices. At one point during Indiewire’s tour, Wacks opened the door to a large corner room, with two huge walls of window overlooking New York City. “I’ve been told this was going to be Harvey’s office. Can you imagine someone having this as an office?,” asked Wacks. The room is fairly empty except for a large steel frame. Over the next year, 42 cameras will be installed onto the frame as the school incorporates motion capture into its curriculum, which frankly seems harder to fully conceive than the room being an executive suite for Harvey Weinstein.

Mayor Bill de Blasio has made no secret about his approach to the film industry, which he sees in the similar light to all other flourishing New York industries. He wants the film industry to continue grow, as it did under mayor Michael Bloomberg, but he also wants to ensure all New Yorkers benefit from that wealth and have an opportunity to work in the film world. The Feirstein school is a key component of the mayor’s attempt to bring diversity to the New York film industry and, according to Wacks, is possibly the most critical value of the school’s mission.

In the inaugural class, 50% of the students are women and 46% are from “under-represented groups.” 70% are from New York and, while there is not a set number that needs to be hit every year, Wacks believes both sets of numbers are reasonable benchmarks for future classes.

Reflecting on Feirstein’s student body, Wacks drew a comparison to Emerson, where he previously taught. “Most of my students were privileged white boys making the same boring freaking movies, and part of the excitement for me is that this is a different demographic and the energy that the students bring. Their passion and stories are just different, and now is the time for different voices. Now is the time to say, ‘Hollywood has become moribund, Hollywood has lost its way and is just regurgitating the same old crap. We have something to say and our students are ready to say it.'”

Beyond the under-$20k tuition and CUNY scholarship program, Feirstein is able to reduce the financial pressure of film school by having a Creative Fund, which allows all third year thesis films to start with $10,000 to go toward production costs.

Field specific professional training, state of the art facilities and attracting a diverse student body — according the Feirstein School, that’s a what 21st century film school looks like.

This Article is related to: Toolkit and tagged Film School, Toolkit