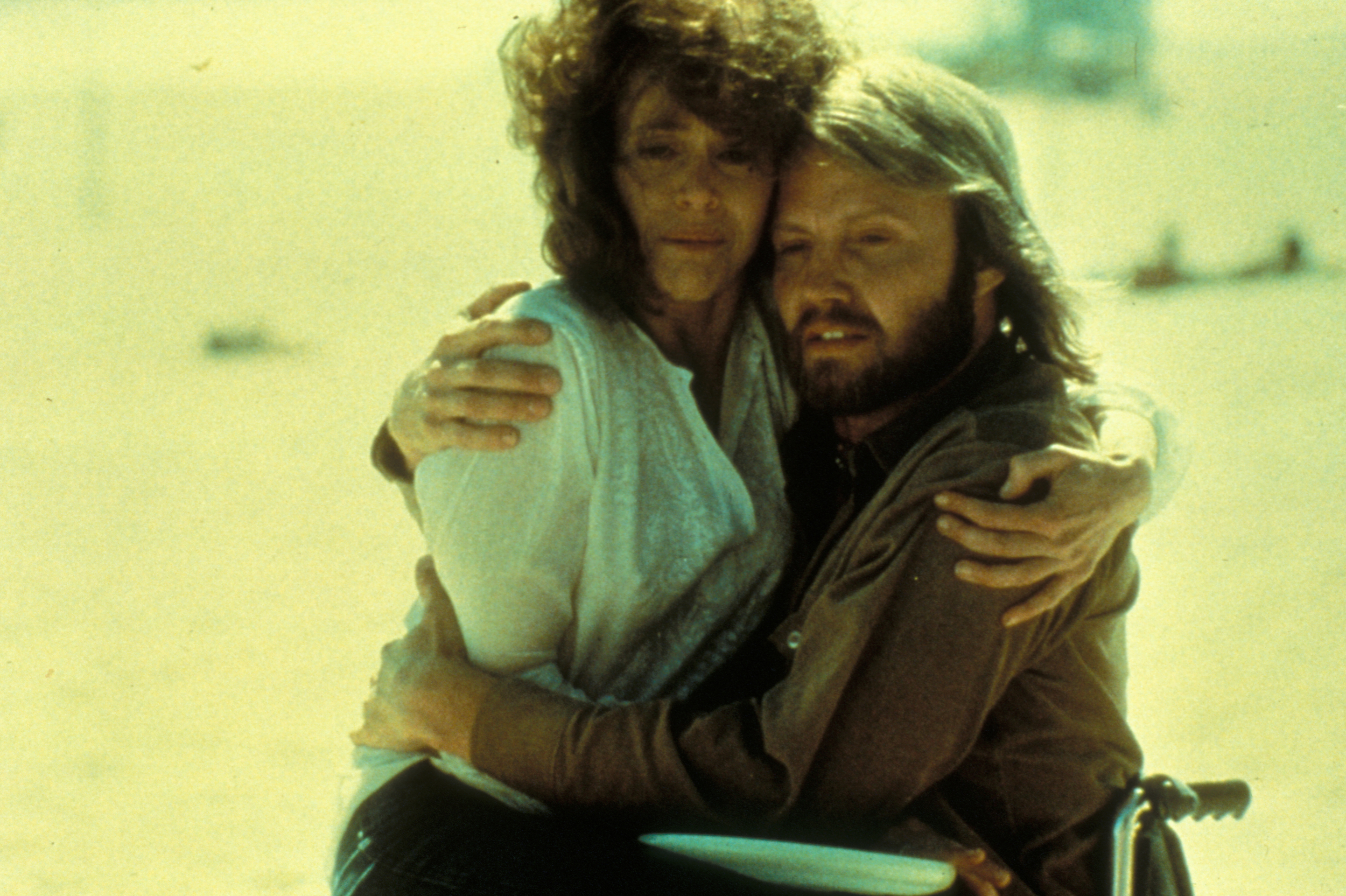 Disability and sex are twains that rarely meet onscreen (note the way that “The Theory Of Everything” shied away from it entirely), but Hal Ashby’s moving Oscar-winner “Coming Home” embraced it entirely. After a certain amount of dancing around each other, as it were, conservative military wife Sally (Jane Fonda) and paraplegic vet Luke (Jon Voight) finally go to bed together. He’s consigned to a wheelchair after being wounded in Viet Nam, but they work it out: Luke gives Sally her first ever orgasm by going down on her (if cunnilingus is a rarity in cinematic sex scenes now, it was even more so in the late ’70s). Haskell Weixler‘s camera lingers on the intimate touches between the pair, lingering on their individual touches and on Fonda’s face as she climaxes, giving it a real tenderness while refusing to ignore the scars on Voigt’s back. It’s just about as sexy as anything that’s ever been put onscreen, and one of the more memorable scenes in a tremendous film. 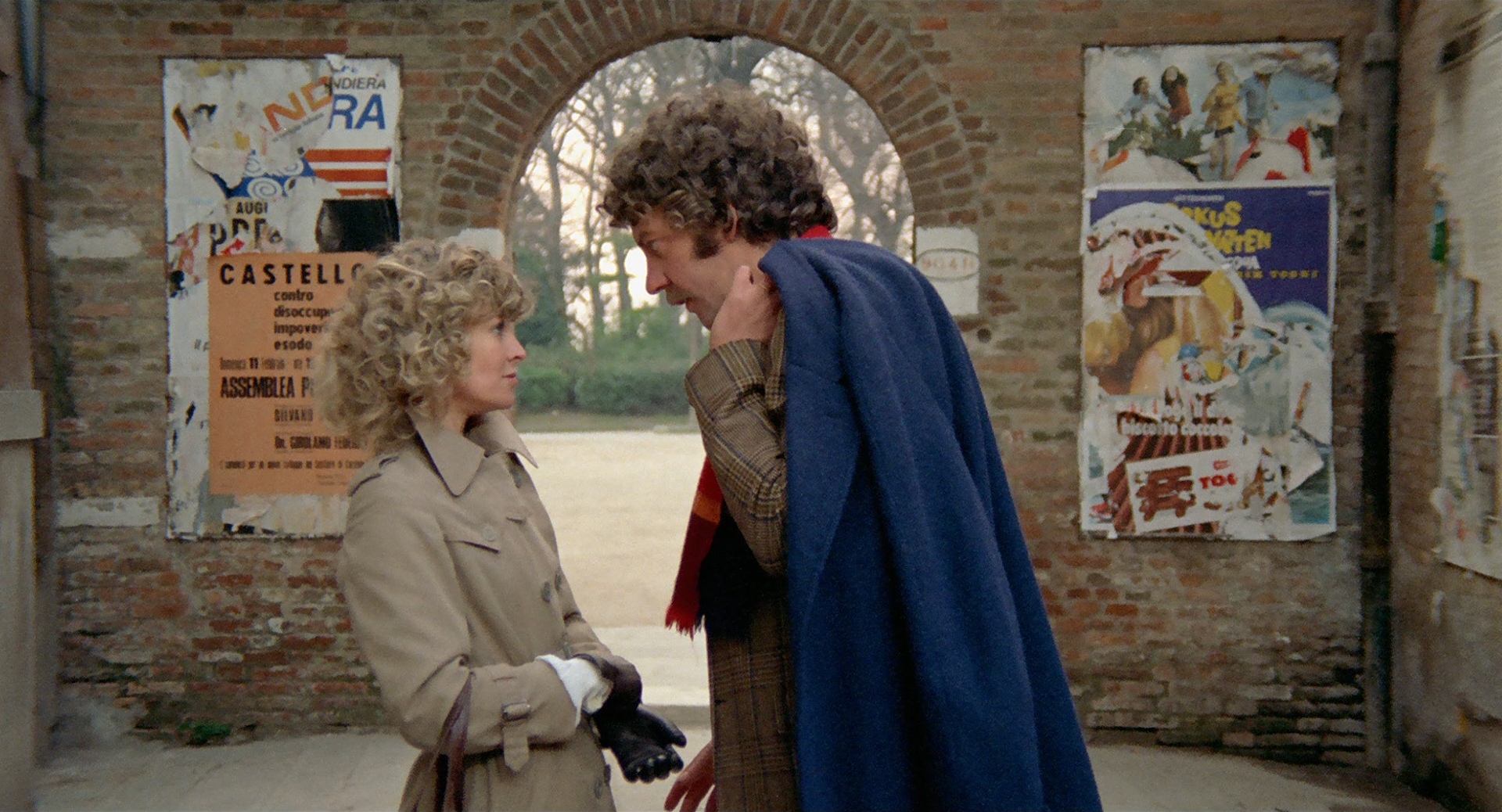 “Don’t Look Now” (1973)
Containing unquestionably the single greatest sex scene ever committed to film, “Don’t Look Now” somehow managed to reinvent onscreen lovemaking in a way that only few have dared try (Steven Soderbergh being one of them, but more on that in a minute). What makes the “Don’t Look Now” sex scene so hot and so damn brilliant is that director Nicolas Roeg cuts up the action, and this chronological unmooring actually adds to the sensuality and emotional weight of the sex. Yes, we get to see Donald Sutherland (and his argyle socks) and a lithe Julie Christie getting to know each other in the biblical sense, but interspersed with that, we see them getting ready to leave their apartment. So while they’re writhing around naked, they’re also putting on their jewelry and adjusting their blazers. The sequence is disorienting and amazing, with sexiness to spare; it’s one of the most ingeniously edited and unique sex scenes ever. It was so sexy that several seconds had to be clipped from the domestic release to secure an R rating. Those cuts have been reinstated for the now out-of-print DVD release, which for some reason still carries the R. Rumors have persisted from the time of the film’s release that the scene was, um, not simulated. The scene is so passionate that you can understand why. 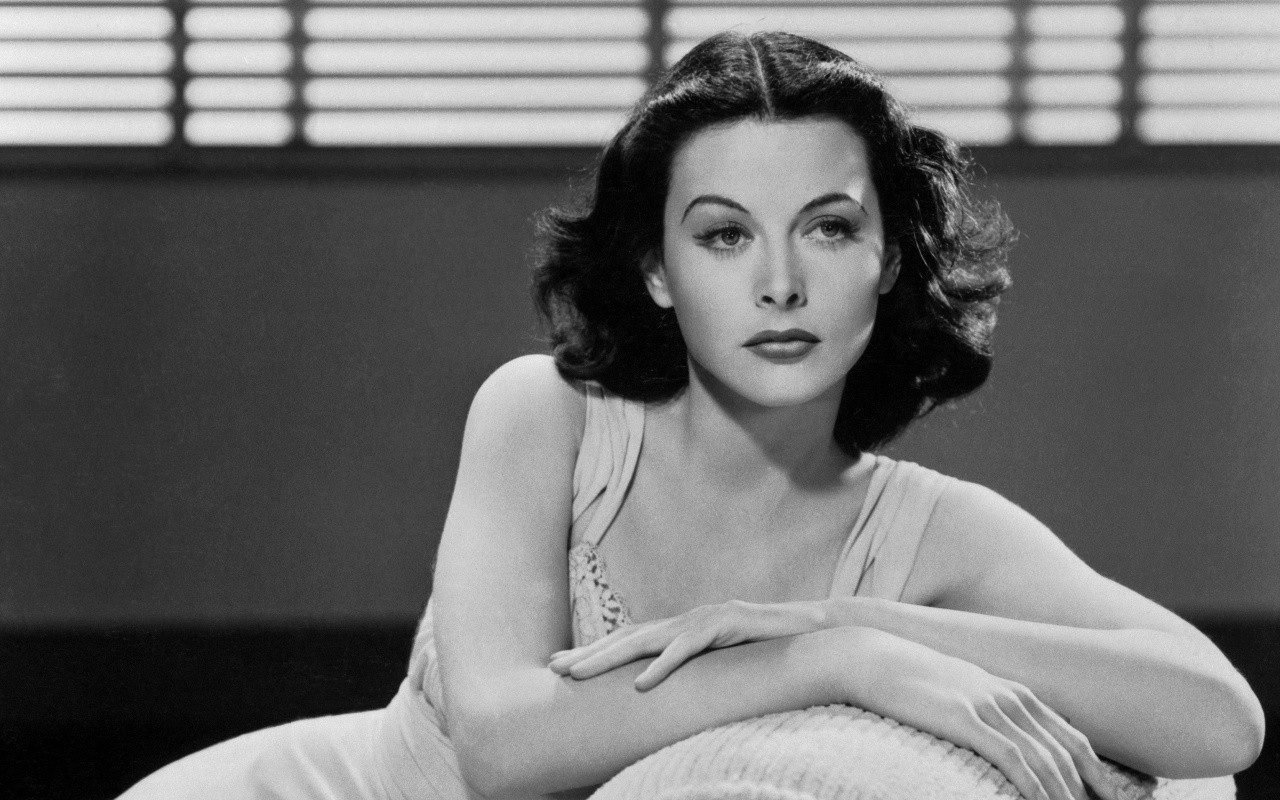 Filming sex is something as old as, well, filming anything, but “Ecstasy,” a 1933 Czech/Austrian movie, makes a good claim to being the first non-pornographic movie to show sex. What’s most remarkable is that the scene in question is still pretty sexy today, even if the movie around it is less memorable. The film starred future Hollywood actress Hedy Lamarr (then named Hedy Kiesler: she would later escape her Nazi-sympathizing husband, go to Hollywood, become a big name there, and then, during the war, help to invent frequency-hopping spread spectrum, which would essentially form the basis of wi-fi) as a women who divorces her older husband and falls for the foreman of a road-construction gang. It’s thinly plotted, melodramatic stuff for the most part, but it’s striking how well the film’s sex scene, in which it’s implied Hedy’s lover is going down on her, captures the female orgasm, something that too many filmmakers shy away from now except for comic effect. Lamarr’s husband attempted to buy all copies of the film to have it destroyed, but failed: luckily for us, as we get to see a sequence that’s enormously ahead of its time. 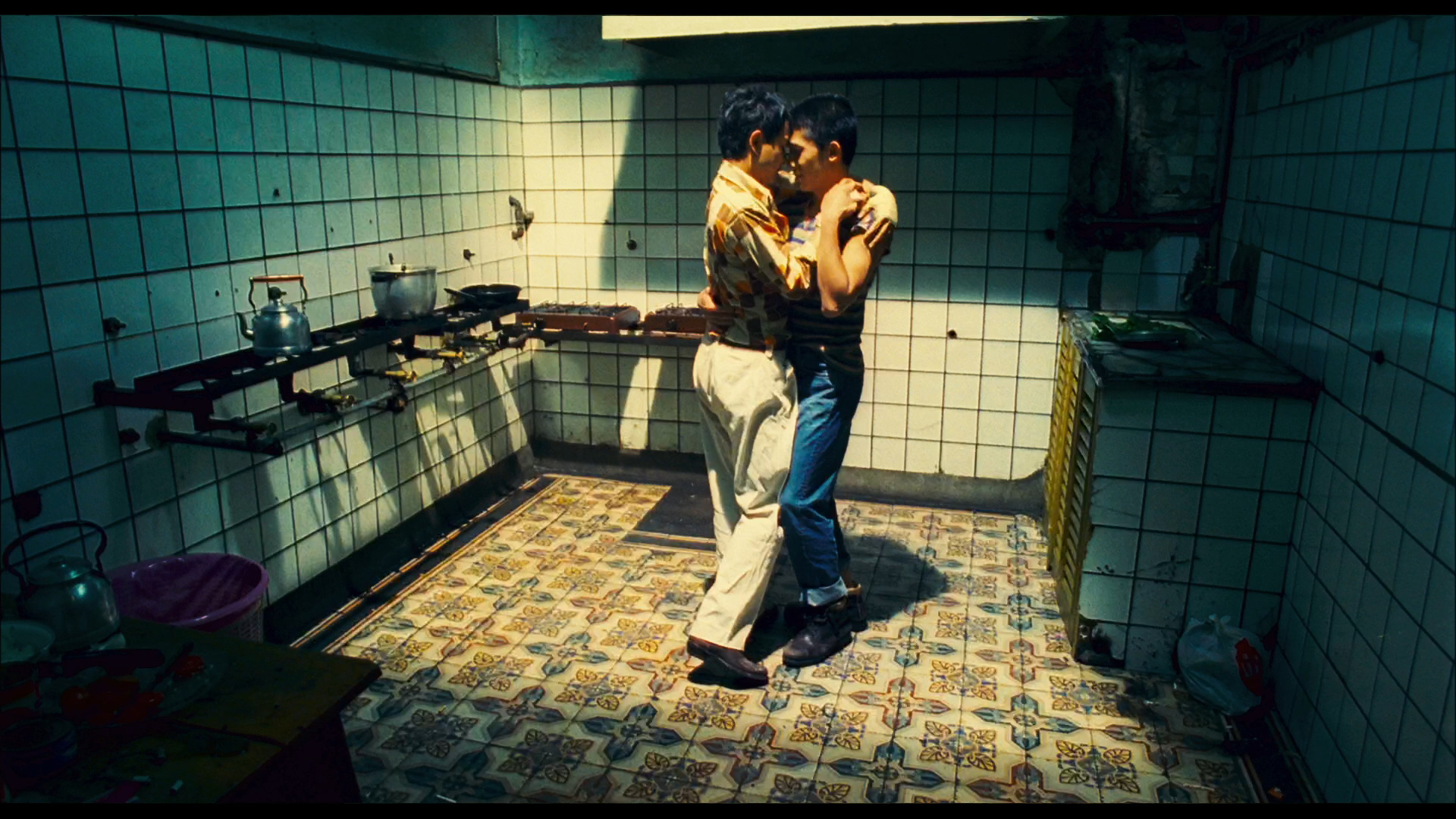 Wong Kar-Wai might be one of the most sensual filmmakers out there, but that’s exactly the word that people tend to associate with him — sensual, rather than erotic. One of the major exceptions is at the opening of his superb broken relationship drama “Happy Together.” The film tracks the relationship between a young gay couple, Ho (Leslie Cheung) and Lai (Tony Leung), from Hong Kong, who visit Argentina on the eve of the handover from Britain to China. The political subtext might be a little obscure to Western viewers now, but the wrenching look at a troubled, increasingly toxic love affair isn’t, and the film opens with a deeply sexy black-and-white scene, shot in intimate close-ups, of the two together in a tiny hotel room, playfully wrestling and making love. It was borderline transgressive at the time — Leung was one of Hong Kong’s biggest movie stars, Cheung (who would later come out as bisexual) one of the biggest pop stars — but the scene immediately tells you everything you need to know about the fiery passion and deep affection that keeps them tied together, even if they ultimately can’t find a way to stay together. 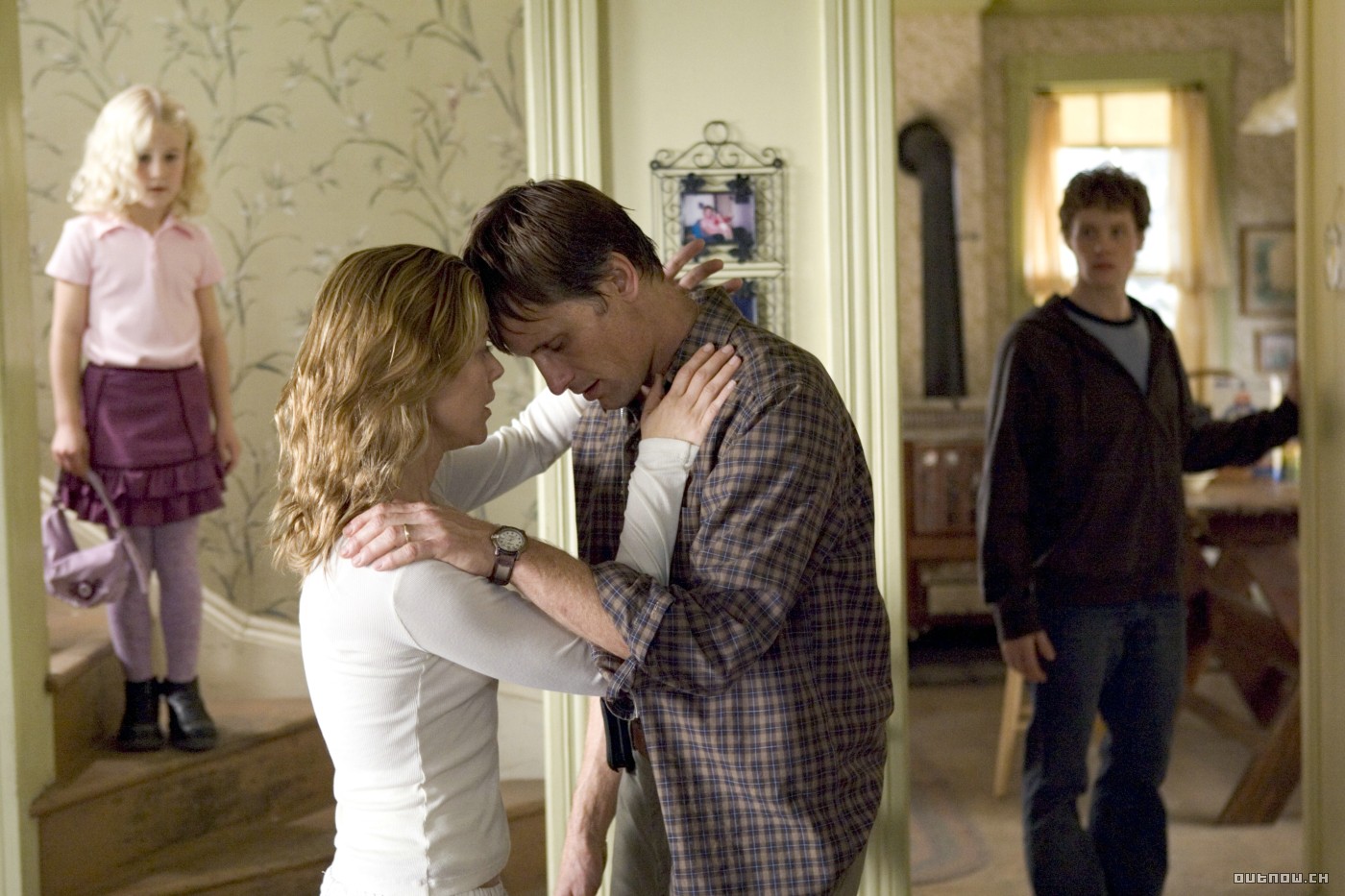 Few filmmakers in contemporary cinema know how to use sex more effectively than David Cronenberg, and few actresses have mastered the form like Maria Bello (her scene with William H. Macy in “The Cooler” is another classic). So it’s no surprise that the two scenes in “A History Of Violence,” on which they worked together, are textbook examples of how to use sex scenes to show character and tell story, rather than to stop audiences from falling asleep. Early in the film, Bello’s Edie Stall dresses up as a cheerleader for her husband Tom (Viggo Mortensen), and the two make out like hungry teenagers, culminating in the first mainstream cinema depiction of a 69. It’s an important scene (and a strangely charming one; see the bug-eyed excitement in Mortensen’s eyes, and the way Bello laughs as she pulls off her belt) in that it shows how deeply in love the pair are. But it also serves as a contrast to the later scene. Tom has confessed to his wife that he’s really mobster-on-the-run Joey Cusack, and the pair fight in the staircase of their home, an argument that turns violent, and suddenly sexual, as it appears that Tom/Joey, now off the chain, is going to rape his wife. Suddenly, he stops, but then she urges him to continue, the two desperately fucking on the stairs with a passion that is markedly different from the comfortable, romantic sex of the earlier scene. A scene such as this is always going to require walking a fine line (see: “Straw Dogs“), but the performances are so perfect, and the direction so finely judged, that Cronenberg pulls it off.

This Article is related to: Features and tagged Feature, Features, Valentine's Day