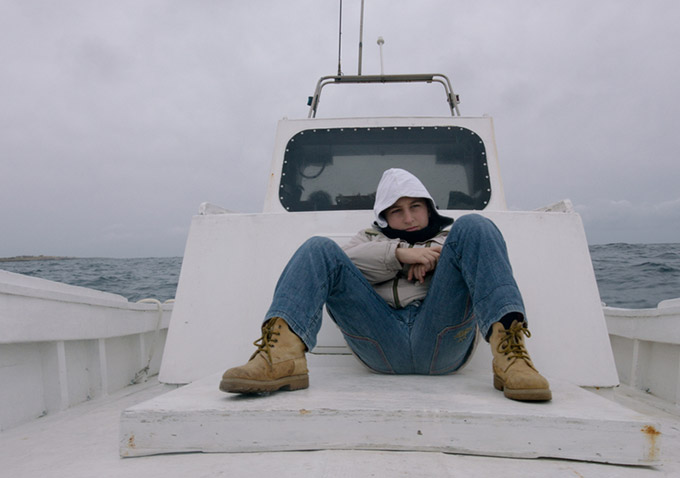 For those who like their cinema directly linked to the pressing issues of the day, Gianfranco Rosi’s “Fire at Sea” is likely the most important film competing for the Golden Bear at this year’s Berlinale. The Italian’s follow-up to “Sacro GRA,” which won the Golden Lion at the 2013 Venice Film Festival, documents life on and around Lampedusa, Italy’s southernmost island, with the same observational style, ethnographic approach and casually meandering rhythm as the earlier prizewinner.

The mere mention of Lampedusa has dreadfully tragic connotations. Located 127 miles from Sicily but only 70 miles from Tunisia, the rocky isle has become primarily known as the entry point into Europe for masses of refugees making the extremely precarious intercontinental journey, in flight from war and genocide in Africa, Asia and the Middle East. As on-screen text reveals at the beginning of “Fire at Sea,” some 400,000 migrants have passed through Lampedusa in the last two decades. In the same period, some 15,000 are estimated to have died in transit.

These details — provided in an opening on-screen text — are as far as Rosi goes in terms of providing context, preferring us to build a picture rather than having one sold to us. And the director knows we’ve been “sold” many. He refrains from perpetuating, at least with his own camera, the media’s go-to avatar for Europe’s so-called refugee crisis: an alarmingly primitive, badly equipped vessel overcrowded with hundreds of indistinguishably desperate people. If it doesn’t sink it’ll capsize: another numbing headline and an abstract death toll.

When we do see this image in the film, it’s a still photograph held by a local doctor, who reckons some 850 refugees are aboard what can only be described as a glorified raft. Those on the top deck, he claims, have paid $1,500 for the “privilege” of being first-class. Rosi refrains from hammering home such horrific absurdities. Though often intimate in terms of his camera’s proximity to its subjects, the director accumulates details in a rather detached, fragmented manner, cutting between the various protagonists — islanders and refugees alike — in such a way that their connection is not immediately clear.

It’s an intelligent approach to a subject matter too often sensationalized by the mainstream media. There are no debates, no sermons, no semantic confusions between “migrant” and “refugee” to distract from the important issue at hand. Rosi captures the lesser-seen sides to this ongoing catastrophe in sharp, shadowy digital. A local doctor performs an ultrasound scan on one refugee who’s expecting twins. Other refugees huddle aboard a rescue ship in foil-thin heat-sheets, after being searched (“this lot’s from the Ivory Coast”), soaked in and stinking of diesel. Later, rescued Nigerian men narrate their journey in chant form: “The mountains would not hide us, the people would not hide us, we ran to the sea…We drank our piss to survive.”

Rosi’s imagery is often strikingly beautiful. Images of a hangar door rising aboard offshore patrol vessel P-490 reveal a storage hangar dowsed in gorgeous green LED — an arresting contrast to the deepening violet of the sky. Helicopters shot against pre-dawn blue and a scorching-pink horizon look like something from “Zero Dark Thirty.” At night, the searchlight of a rescue boat illuminating a circle of ocean is never large enough. This circular void, of floodlit waves surrounded by an impenetrably ink-black sea, neatly and hauntingly summarizes just how difficult search and rescue operations can be — to say nothing of the often-fatal reality of sea-bound migration.

These scenes are interspersed with snapshots of life on Lampedusa itself, as experienced chiefly by one intergenerational family, in particular its youngest member. Samuele, a twelve-year-old fisherman’s son, divides his time between school, homework, and fashioning a slingshot from pine-tree branches and the fingers of a rubber glove so that he can attack imaginary battlements of fauna by the island’s ziggurat cliffs.

This husky-voiced, amusingly precocious tyke provides unexpected but welcome levity to “Fire at Sea” (his noisily economic method of downing spaghetti is genius). Somewhere amidst these scenes, however, we sense a poignant contrast between the plight of those refugees who Samuele never encounters and the ultimate loneliness that accompanies his own life in such a remote locale (but for one fleetingly-present pal, he spends much of his spare time shooting make-believe aircraft from the sky).

Rosi is right to leave open the more ambiguous links between his themes of dwelling and resettlement. Such methods are likely informed by the fact that he himself was a refugee. Born in Eritrea in 1961 during that country’s war of independence, he was transported to Italy in 1977 — without his parents. Opting for an observational mode that is nevertheless highly stylized, Rosi understands that an urgent frontline missive needn’t be ugly. He also illustrates how cinema’s strength lies not in posing facile questions (never mind providing answers), but in bearing witness to those unable to archive their own ongoing resilience, and for whom a future is subsequently far from secure.

“Fire at Sea” premiered this week at the Berlin International Film Festival. It is currently seeking distribution.

READ MORE: Quebec’s Master of Mood is Back With ‘Boris Without Beatrice’