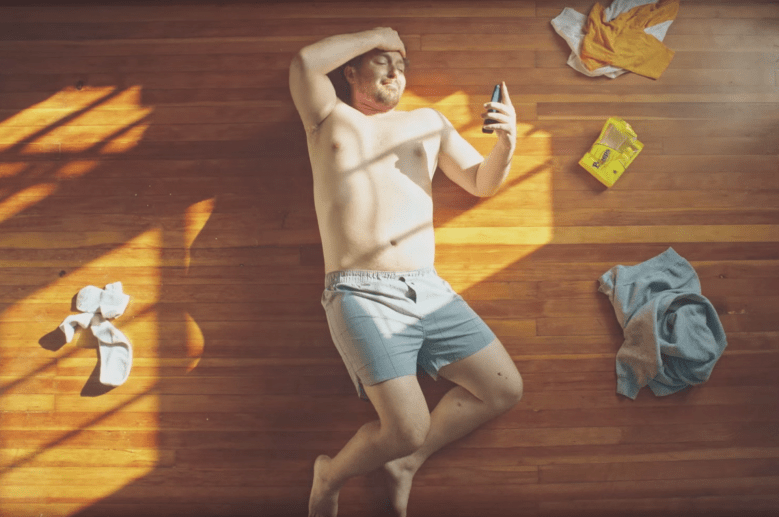 Breakups tend to inspire people to do many things, whether it’s consuming pints of Ben and Jerry’s, crying endlessly over repeated viewings of “Eternal Sunshine of the Spotless Mind,” or, you know, starting anew. In the short film “How to Lose Weight In 4 Easy Steps!” directed by Benjamin Berman, the protagonist – brilliantly portrayed by “Saturday Night Live’s” very own Beck Bennett – serves as our personal mentor on how to reinvent oneself in a few “easy” steps, using his own experiences as a guide.

READ MORE: Exclusive: Watch All the Oscar-Nominated Short Films At Once

The short film, which premiered at Sundance this year, is more than meets the eye. Disguised as a cliché self-help guide with matching bold fonts and an overly optimistic narrator, it surprisingly wears its heart on its sleeve, despite being the product of a collaboration between comedians. Berman’s own directorial credits include “Comedy Bang! Bang!” and “Man Seeking Woman,” while the short itself was produced by JASH and based on a blog post written by “Conan” producer Aaron Bleyeart.

Filled with a silliness and humor that you’d expect from such a team, the short ultimately becomes more than a comedic fitness tutorial and evolves into a coming-of-age story for adults. Beyond the four helpful, inspiring, and informative tips that the short breaks down in a brisk seven minutes, look for a bonus cameo that you will not want to miss. Watch the short film above.