'Heaven Knows What,' 'Finders Keepers' and More Coming to Netflix This March (Plus Indiewire's Picks) As we get deeper and deeper into 2016, Netflix users will continue to reap the benefits of their subscription as the streaming platform brings more and more of last year’s best documentaries and films to its extensive library. With the announcement of new titles being added to Netflix next month, it seems like subscribers won’t have to worry about new movies to watch. Between the harrowing and visceral indie “Heaven Knows What” and surprising docs like “Finders Keepers” and “Sunshine Superman,” March has a ton of recent titles to kick off your spring with a well-worth-your-time binge.

Below are all of the titles hitting the streaming library next month, plus Indiewire’s personal suggestions for what to stream. 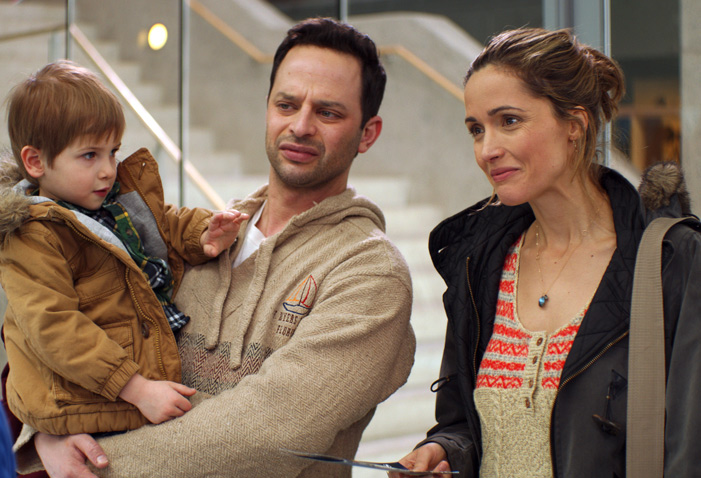 When a self-centered entrepreneur (Nick Kroll) loses everything on the night of his company’s big launch, he leaves Manhattan to move in with his pregnant sister (Rose Byrne), brother-in-law and 3-year-old nephew in the suburbs, in this comedy about familial struggle. In an attempt to make himself useful as the family’s nanny, he tries to find a way to connect with the people he’s drifted away from.


Indiewire’s review of “Heaven Knows What” dubbed it a must-watch, with chief film critic Eric Kohn calling it “a bold attempt to explore drug addiction through behavior.” The film comes from Joshua and Benny Safdie (“Daddy Longlegs”), whose visions of New York City are as strange as they are inspired, and it was awarded the International Confederation of Art Cinemas prize at last year’s Venice Film Festival.
“Hot Sugar’s Cold World” (2015)
“Narcopolis” (2015)
“Road Trip: Beer Pong” (2009)
“Robin Hood: Prince of Thieves” (1991)
“Scarface” (1983)
“Star Trek: The Motion Picture” (1979)
“Star Trek II: The Wrath of Khan” (1982)


Giving the standard coming-of-age drama the atmosphere of the 1980’s New York City punk scene, “Ten Thousand Saints” is an effective adaptation of Eleanor Henderson’s novel of the same name. Written and directed by “American Splendor” duo Shari Springer Berman and Robert Pulcini, it follows a new NYC transplant (Asa Butterfield) who joins a “straight-edge” musician (Ethan Hawke) and a troubled uptown girl (Hailee Steinfield) to start a band and gain a new surrogate family. With a dynamite ensemble and 80s nostalgia seeping through the story at every corner, “Ten Thousand Saints” barrels through numerous themes that are relevant no matter the decade.


Nothing is quite as unsettling as finding something unexpected, but Bryan Carberry and Clay Tweel’s “Finders Keepers” takes this notion to an absurd degree. The story of finding someone else’s limb in a grill, the doc explores this strangely true story through the eyes of the two men involved: John Wood and Shannon Wisnant. When Wood’s amputated foot is found in a grill sold at a North Carolina auction, he finds himself dead center in a media frenzy. While he finds this attention to be his one shot at doing something meaningful in his disappointing life, things take a turn when the leg’s buyer, Shannon Whisnant, sues to regain its custody.


Directed by first-time feature filmmaker Mariah Strauch, “Sunshine Superman” is a remarkable, complex portrait of Carl Boenish, known as “The Father of BASE Jumping.” The pulse-racing documentary incorporates jaw-dropping footage of the jumps into an intimate exploration of Boenish’s personal life. “Sunshine Superman” follows Boenish’s journey as its filled with incredible achievements and daunting setbacks, as the possibility of death looms over him.

This Article is related to: News and tagged Adult Beginners, Heaven Knows What, Netflix, VOD/Streaming