By Eric Kohn and Chris O'Falt 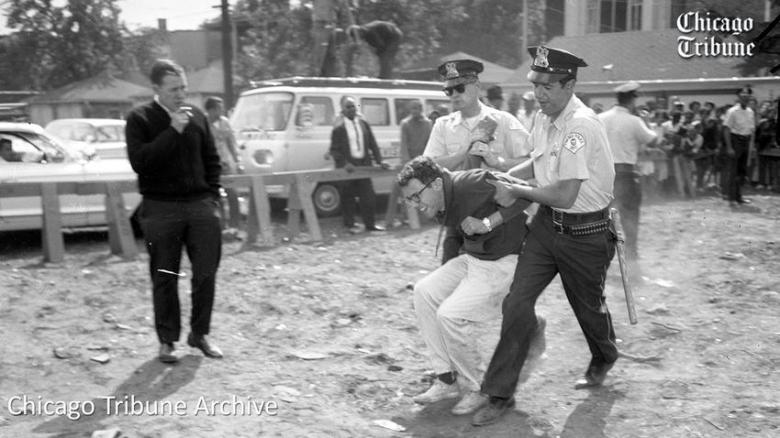 The Bernie Sanders campaign got a boost this weekend with the unearthing of archival footage showing the presidential candidate being arrested during a 1963 protest over the segregation of Chicago public schools. The news was especially timely as it arrives just as Sanders has been actively courting votes from the African American community, while Hilary Clinton has been calling into question the Vermont Senator’s bonafides as a sixties-era civil rights activist.

Putting the politics aside, the footage marks a significant historical accomplishment. The discovery was part of a project by the formidable Kartemquin Films — a 50-year-old Chicago documentary company, with an award-winning library of films that includes the work of Steve James (“Hoop Dreams,” “Life Itself,” and “The Interrupters”). 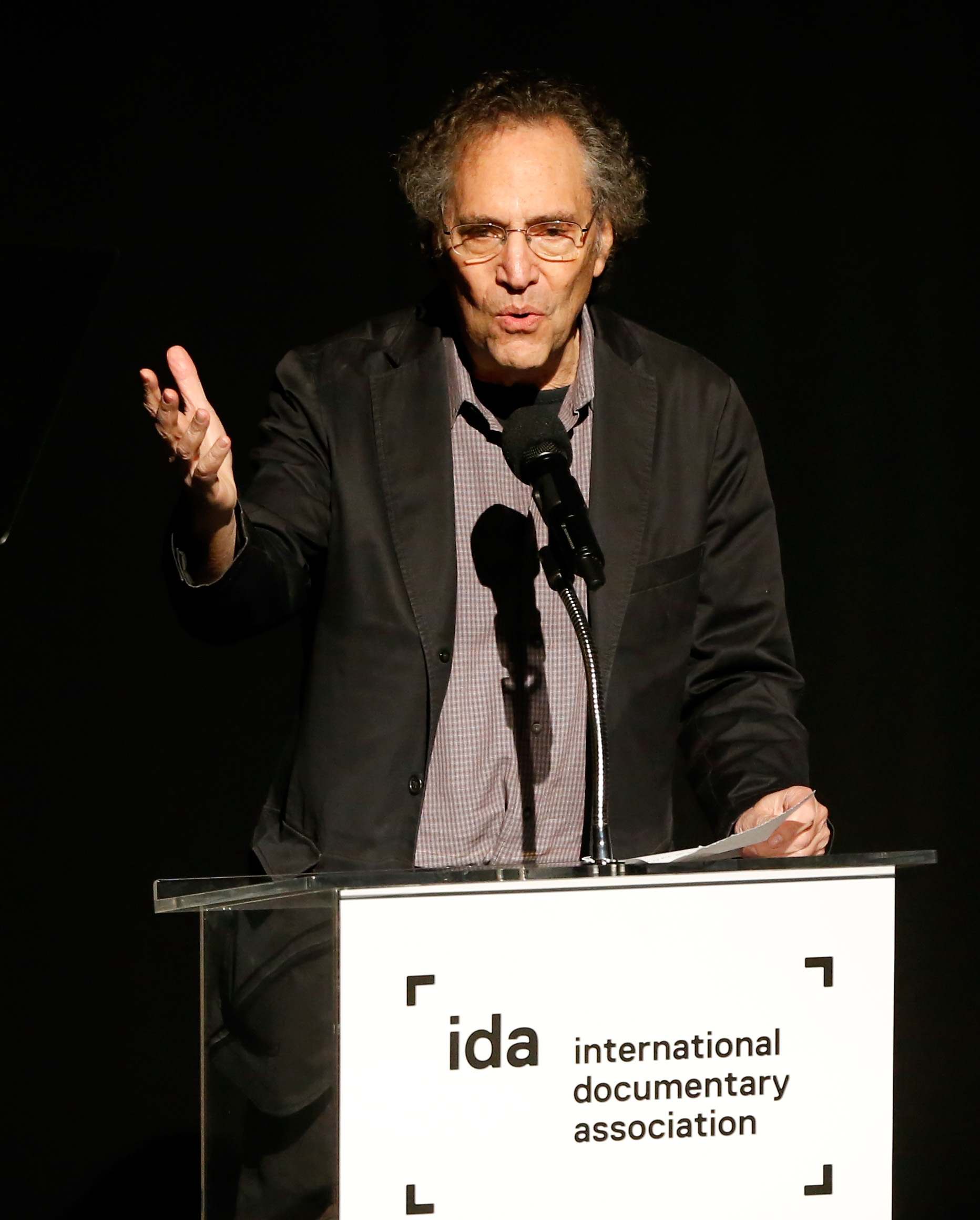 Over the weekend, Indiewire corresponded with Kartemquin co-founder and Artistic Director Gordon Quinn and Producer Rachel Dickson, both whom have been hard at work on Kartemquin’s new documentary “’63 Boycott,” which is how the Sanders footage was discovered. The documentary is partially based on footage Quinn and fellow Kartemquin co-founder Jerry Temamer shot when, like Sanders, they were students at the University of Chicago. The story behind the Sanders’ footage is fascinating on many levels, but from a filmmaking standpoint it sheds light on the deep research and painstaking detail work nonfiction filmmakers go through in documenting historical moments. Here, Quinn and Dickson share the story behind their big find.
Quinn:  A while ago, we got a grant to inspect and inventory all the production elements in our archive. In the application we estimated that we had around 9,000 elements — film reels, various tape formats, hard drives — but by the time we were done we had identified 19,000.
Dickson: [The Sanders] material was in a box with other footage from the 1963 Chicago Public School boycott, filmed when Gordon Quinn and Jerry Temaner were students at the University of Chicago and just beginning their careers as filmmakers. Along with Stan Karter, who was also present at the 1963 boycotts, they founded Kartemquin three years later.
Quinn:  The bulk of the material [for “’63 Boycott”] is original 16mm footage shot by our student team. I always wanted this story told and had offered the footage to “Eyes on The Prize” [PBS’s American Experience series about the American Civil Rights Movement] and others over the years, but no one ever told the story of the massive 1963 boycott. As 2013 — the 50th anniversary of the boycott — approached, I decided to make this film into a transmedia, web-based project. So we then had it all digitized and pulled 500 still frames from the film, put them online, and invited the public to tag themselves in the photos and share their memories of the era.
Dickson:  When we began logging [the footage] and trying to identify subjects and places, we knew it was related to the boycott but did not know the date or place, or what exactly was going on.  We posted the footage on the film’s website to see if anyone recognized it. People suggested that it was of the demonstrations at 73rd and Lowe and we were able to confirm this with archival research at the Vivian Harsh Research Collection at the Woodson Library.  Again, we posted the footage and newly found newspaper clippings to our website, this time asking people to submit their stories and help us identify people.
A parent organizer from Englewood, Rosie Simpson, organized the protests at 73rd and Lowe, and asked CORE (Congress on Racial Equality) and SNCC (Student Nonviolent Coordinating Committee) to support the community’s efforts. She was a young mother of small children who was fed up with what was going on in the schools, and she coined the term “Willis Wagons,” to describe the school superintendent’s mobile classroom strategy. She was key in early Chicago organizing efforts, and no doubt her dynamism attracted many young activists across the city to join the school desegregation movement.

Thanks to our interview with Rosie Simpson, we realized this Englewood protest was a really important precursor to this massive citywide boycott in October of 1963, when over 200,000 students boycotted schools because of inequality and segregation. We knew we had to include this dramatic protest in our documentary.

Quinn:  I was in the same graduating class as Bernie Sanders at the University of Chicago. A few months ago when a photo taken by Danny Lyon of our sit-in at the university President’s office was posted showing Sanders speaking, a controversy arose as to whether it was him or not. We were protesting the university’s discrimination against its own black students in housing that it owned. I remember Danny Lyon taking pictures at the sit-in and he said he was sure it was Sanders, but we had no idea that he might be in our footage from 73rd and Lowe. 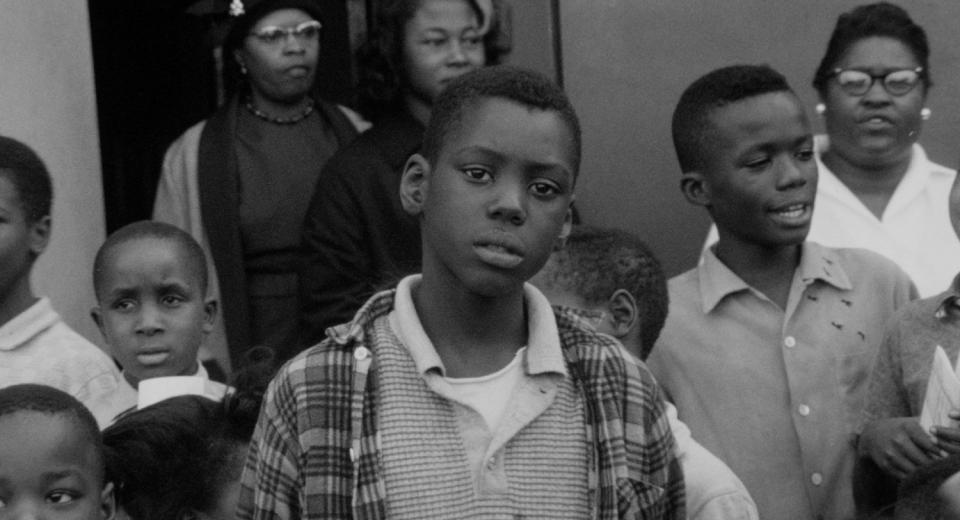 Dickson:  Recently, a friend of Jerry Temaner’s sent him an old [Chicago] Tribune article which names Bernard Sanders as someone arrested at the protest at 73rd and Lowe. Jerry contacted us and I began to look through our footage.
Quinn: I then found my old University of Chicago yearbook from 1964 and it has a picture of Sanders. Seeing that, we were pretty sure it was him in the video.
Dickson: I put together a quick minute-long cut of the footage in question and we posted it, asking people to help us confirm it. The response on social media and in the news got the campaign’s attention, and they finally confirmed it. Our website was down momentarily on Saturday morning, but we soon got it back up. While we thought many people would be interested in this Bernie Sanders find, we are surprised by the dramatic response. Our site probably wasn’t prepared for the surge after the New York Times article.
As a result of this publicity, we’d really like people to identify with the objectives of the film we are producing. We want people to understand what was being protested, because a lot of this history has been forgotten. The Chicago school board was putting black students from overcrowded schools into trailer classrooms to avoid moving them to adjacent underutilized white schools. The civil rights movement in the northern United States, and in Chicago especially, began as an uprising of individuals, of parents and students that were fed up with the inequality in the system and wanted change. The people leading the protests were not famous, and no one thought any of the students supporting them would ever be running for president. Dr. Martin Luther King, Jr later said that he decided to come to Chicago in 1966 (the first northern expansion of his protests in the south) because of the success of Chicago’s school desegregation demonstrations in 1963-1965.
You can read more about “’63 Boycott” and the Sanders footage on the film’s website.