How Two Brothers Directed One Film With a Singular Vision 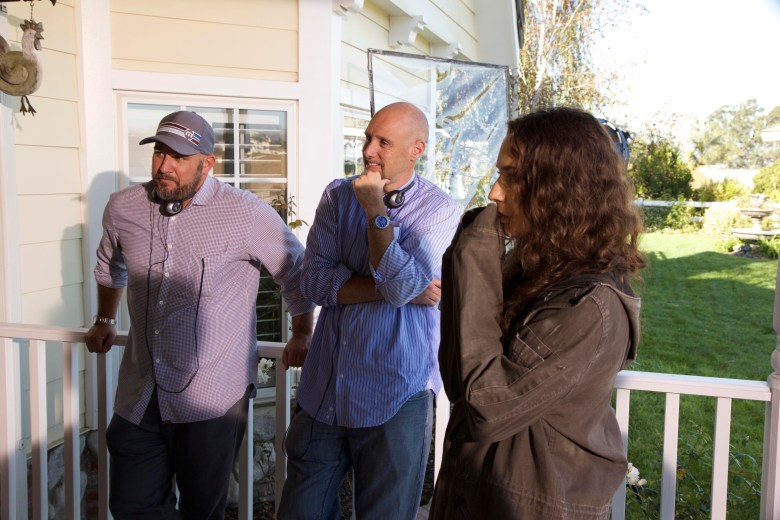 Editor’s Note: The modern concept of a film director is being the one person who guides a film with his or her vision, yet the current film landscape is filled with sibling directing pairs who we think of as a singular auteur: Lana and Andy Wachowski, Jen Soska and Sylvia Soska, Jean-Pierre and Luc Dardenne, Joe and Anthony Russo, Bobby and Peter Farrelly, Paolo and Vittorio Taviani, David and Jerry Zucker, Mark and Jay Duplass, Paul and Chris Weitz, Albert and Allen Hughes and, of course, Joel and Ethan Coen. So what is it about the sibling bond that has resulted in so many successful directing teams? We asked the The Goetz Brothers — award-winning directors of hundreds of commercials, two feature films (“Scenic Route” and “Martyrs”) and who are managed by the sharp talent eyes at Anonymous Content — to tell us about their working relationship and how it started.
READ MORE:  James Franco’s Movie Column: ‘The Club’ Turns Religious Sinners Into Cute Old Men

A MOBSTER walks down the street. Camera tracks with him when suddenly; he comes upon the body of his partner.

Camera cranes straight up, looking down to see Jerry’s body laid out on the ground…

It was called “The Mint Mob.” The year was 1981. Michael was nine and Kevin was six. This tale of a young gangster, who turns his back on a life of crime and his family to take the path to righteousness, was our first production. 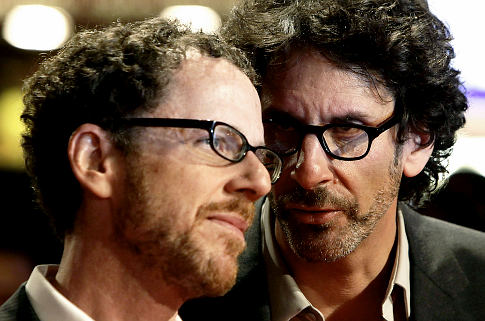 The medium was Super8 — the tracking shot was achieved by Kevin riding a skateboard pushed by Michael; while the crane shot had Kevin stepping off the skateboard and lifting the camera up to his older, and taller, brother Michael. This film, and the homemade, collaborative process behind it, sparked the creative glue between us.
Twenty-five years later, we were sitting in front of Peter Safran, producer of “The Conjuring,” that coincidently had just broken some box office records. We sat across from him in his home office in Beverly Hills. There was a moment of niceties, how are you, etc., then silence. We could hear the clock ticking on the wall, the drone of distant lawn mowers…then the question.
“How do you guys work together? Does one of you do this and the other that? How does it…work?” 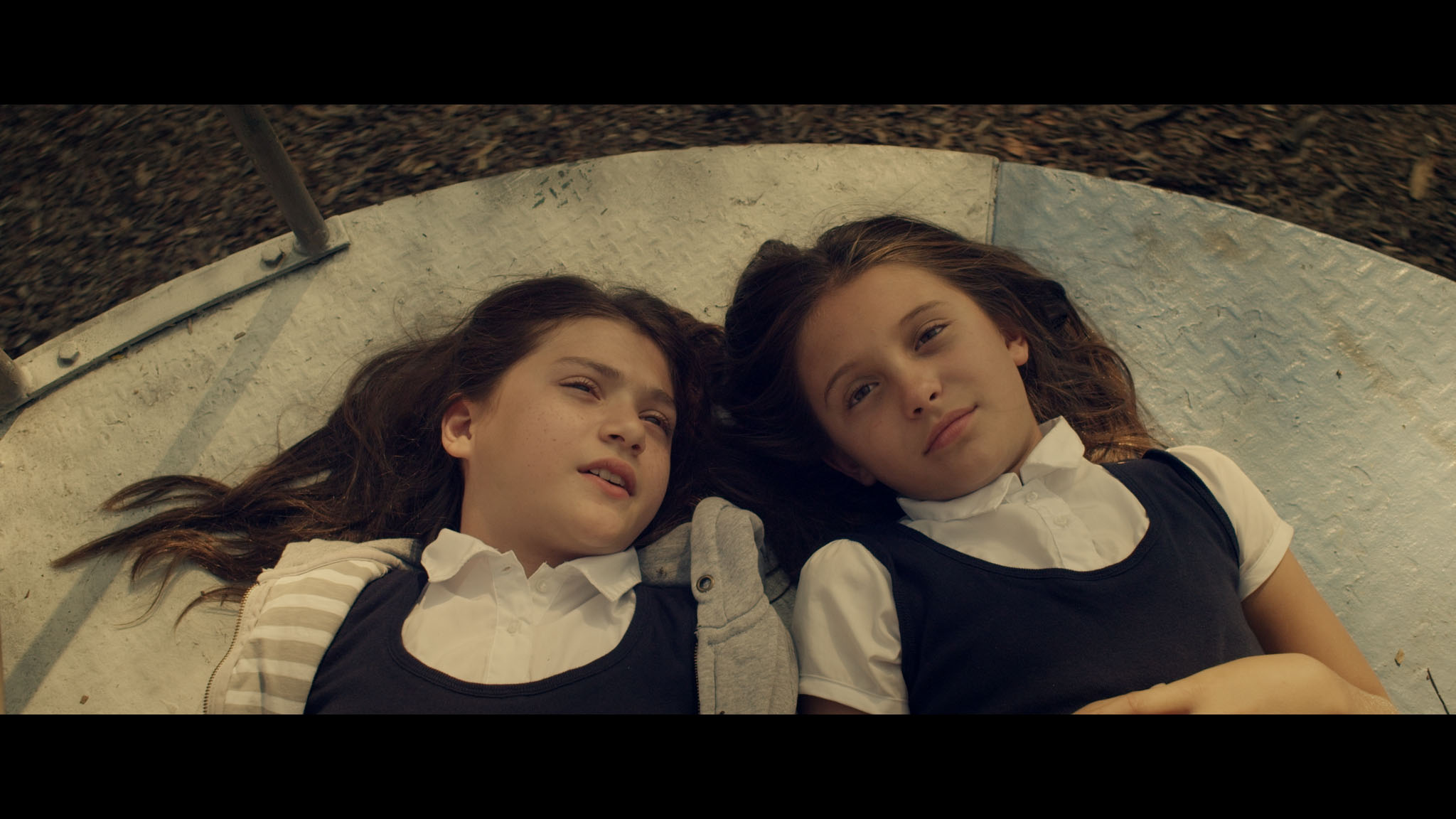 We know it’s coming. It’s always the first question. And inherently, we have the answer down pat. But although we’ve been asked this ten thousand times, it isn’t until now that we really reflect on the question, and ask ourselves the same thing.

How does it work?

Well, we know for one thing, we may be a directing team but we are of a single mind. Although that sounds like an easy answer; oh, they’re brothers, like Siamese twins or something, yeah, right they just “get” one another. It’s not as easy (or annoying, we hope) an answer as that. For us, the core of our partnership comes down to sensibility. When we are coming up with shots, we’ll both have nearly identical ideas, only Kevin’s (the left-hander) will be dollying right to left and Mike’s (the right-hander) left to right.

Even we are amazed how we can think so alike. It certainly makes it easier to tackle creative projects together when you’re operating with the same set of tools and within the same room. Of course, it also helps because we are brothers and we’re sure there’s some genetics behind it all. Surely we’ve had similar experiences shaping us in parallel fashion, like the lightning strike ten feet away from us while we were riding our BMX’s through a rainstorm, or Kevin being swept out to sea by a Pacific Ocean wave when he was 5 (and Michael frozen on the shore, freaking out). Those types of core memories help formulate your dramatic structure. It makes sense that, because we inherently read the world the same way, that when we are asked to creatively recreate the world, we would travel similar creative structures to do so. 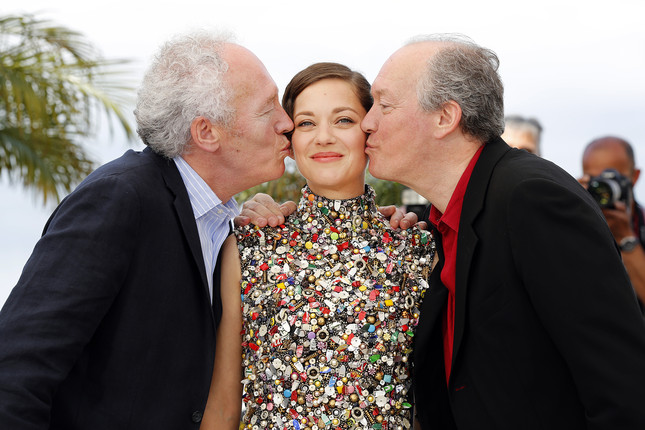 But there’s more to it than gene theory. There’s a saying there can only be one captain of a ship; and for directing, it is no different. You have to be fully committed to the partnership and to the partnership’s main goal: To be one. The team has to have a single, unified voice and vision. We abide by this rule through and through. We never split up on set; we share the workload as evenly and purely as possible. We can feel each other’s energy ebbing and flowing through the day and we take cues of when to jump in the driver’s seat and when it’s time for a Chinese Fire Drill.
It doesn’t hurt that each of us has the same fear and recurring nightmare; that while one of us is yelling out “action,” the other is simultaneously yelling “cut!” It’s that fear of being on different pages that produces an almost maniacal prep schedule. We have to. We have to get on the same page long before our first pre-production meeting or call, all the way through to the crazy interview schedule during promotion. The more thoroughly we prep, not only the more unified we become, but all the better for the production and creative process.

We were put to the test on our most recent creative endeavor, “Martyrs.” This was a film with a budget way south of a million, with only 16 days to shoot the entire script. And if you’re familiar with “Martyrs,” this isn’t a movie with two people talking in one location. There are chase scenes, gunshots, bad guys, cult temples, bulldozers, special effects and…oh, yeah, performances we have to somehow get. So there’s a lot.

Our one-vision, two-person approach shined in this arena. Although never simultaneously working in separate areas, we were able to expedite the production process to meet the budget and time demands and come in under on both. While Michael was talking with the actors about the current set-up, Kevin would be speaking with the DP about the next lighting set-up. Department heads would come and go, peppering each one of us with different questions, but (thankfully) always getting the same answers from either one of us. An actress was self-conscious about her scene, but because Kevin had already bonded with her over a similar past experience, he tagged into the current scene’s discussion while Michael bounced out to continue the next lighting set-up discussion with the DP.

When it works, it works — there’s one vision being dispersed to a sea of crew members within the shadow of a ticking clock. It’s times like these that we marvel, how in the world do people do all this by themselves? Perhaps that’s the secret to a successful, lasting partnership — when something works, you think, how could it work any other way? 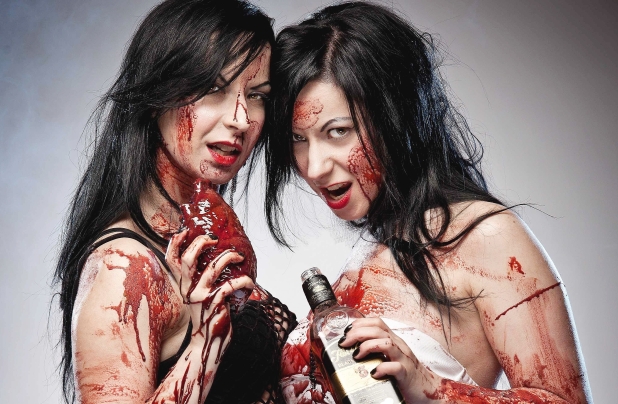 But we never forget where we came from. Back in 1981, Kevin mans the garden hose, shooting it straight up into the air, Michael holds the camera while sitting in Grandma’s wheelchair. With his foot, Kevin pushes the wheelchair as Michael focuses in on the actor:
EXT. ALLEY – RAINING – NIGHT
The rain falls in thick sheets, Jerry steps up to the lens, camera PUSHES IN to his face as we
FADE TO BLACK.

The Goetz Brothers’ “Martyrs’ is a retelling of the French 2008 horror cult film written and directed by Pascal Laugier. This film’s screenplay was written by Mark L. Smith, who is also the co-writer of “The Revenant” screenplay, along with Alejandro González Iñárritu. The film is currently available for rental or purchase on iTunes and Google Play.