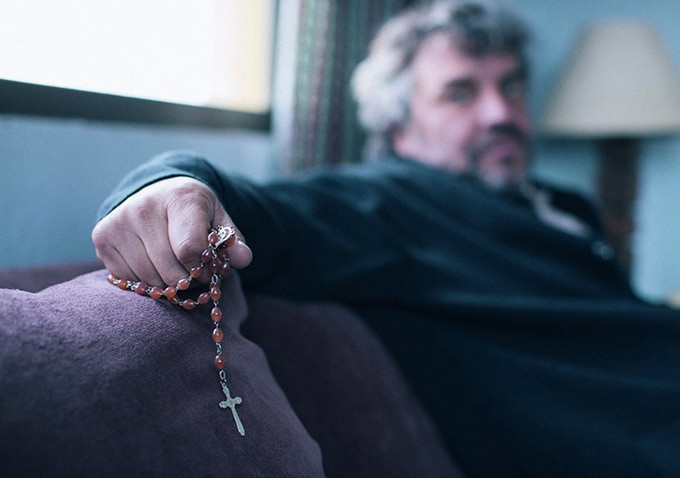 READ MORE: James Franco on ‘In the Shadow of Women’

James + Semaj is a column where James Franco talks to his reverse
self, Semaj, about new films. Rather than a conventional review, it is
place where James and Semaj can muse about ideas that the films provoke.
James loves going to the movies and talking about them. But a one-sided
take on a movie, in print, might be misconstrued as a review. As
someone in the industry it could be detrimental to James’s career if he
were to review his peers, because unlike the book industry—where writers
review other writer’s books—the film industry is highly collaborative,
and a bad review of a peer could create problems. So, assume that James
(and Semaj) love all these films. What they’re interested in talking
about is all the ways the films inspire them, and make them think. James
is me, and Semaj is the other side of me. This week’s column focuses on
“The Club,” which opens in limited release on Friday.

James: This is a Chilean movie from Pablo Larrain, who made the Oscar-nominated “No,” about defrocked priests living in a house together by the ocean. So why is it called “The Club”?

Semaj: The best I can do with that is that the old priests, rejected by the church, sent to a little fishing village in the corner of the world to disappear and die, are like a club. They aren’t allowed to talk to anyone in public, all their social interactions are amongst themselves, inside that one house, and in that respect they resemble a club.

James: They’re a private group with their own ways of being, their own stores of knowledge that they pull from their conversations, their own secret histories.

Semaj: That’s what the whole movie is about, isn’t it? The past that they’ve buried comes back to haunt them.

James: Right, they are in effect buried from the world out in that house, disgraced, hidden, and forgotten. They have a little hope…they have a greyhound named Rayo that they race and bet on, he gives them life.

Semaj: Would you go as far as to say that the dog’s name, Rayo, which mean’s “ray,” is symbolic for the ray of hope that the dog is for the men? 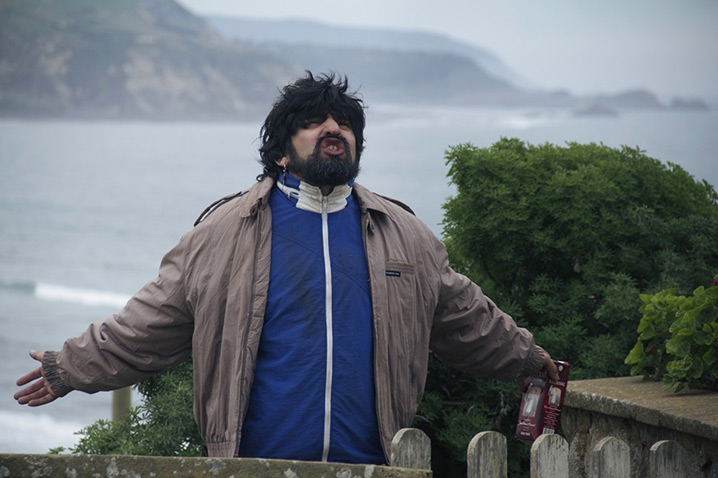 James: Makes sense to me. In the beginning Rayo wins races, all the men are invested in him, they’re happy. They’re excited to win more races…simple. I mean, really, they don’t have anything else to do.

Semaj: But things go sour when a new priest is introduced to the house. This guy is not like the others. He’s quiet, and awkward, with a big beard. From his addition we learn that the men packed into this house have all committed crimes against the cloth, and are being put out of sight until they die.

James: But it’s weird that they’re molesters because they’re so likable. I think maybe they didn’t all necessarily molest children, they just thought about it, right?

Semaj: You’re right. I might be getting it a little wrong. Maybe they were only tempted and confessed that they had impure thoughts, and that was enough to put them in the house. I’m not sure, but they’re all definitely there as punishment and to stay out of public view for the rest of their lives.

James: Okay, so then this other dude shows up.

Semaj: Should you give everyone a spoiler alert?

James: This is just part of the set-up.

Semaj: Alright, go for it.

James: Well, this guy shows up, I won’t say who, and he starts making all these very public accusations.

Semaj: Yeah, this movie isn’t graphic in its depictions (minus one scene in which someone may or may not get fisted), but it gets very graphic in its descriptions. Unlike most movies about molestation and rape, where the actual acts are eclipsed, here the things that actually happened in the dark are revealed in disturbingly graphic, and at the same time refreshingly frank, detail.

Semaj: Not that I enjoyed it, but that it was refreshing to have that kind of information put out there, to make the horror of those situations palpable, to take the monsters out of the closet and reveal them.

James: You’re right — short of actually showing priests having sex with young boys, this movie is very explicit about what happens in the cloistered shadows.

Semaj: But as you say, the guys are still strangely likable. Firstly, because they aren’t engaged in or even tempted to do any molesting when we see them, they’re a group of older guys who get giddy over their dog winning the local races. Cute old men. Additionally, they’re not necessarily molesters, they were just tempted in the past, or were possibly defrocked because they’re gay. So they’re not necessarily the full-on molesting boogey men like their new guest seems to have been.

James: Okay, so what we’re saying is that this movie talks about the kind of stuff that “Spotlight” only hints at. In that movie, we didn’t hear in extreme graphic detail about what the molesting priests did to their victims.

Semaj: Yes, but I think we’re also trying to make it clear that the tone of this movie is very particular. It’s not what you would expect from a movie with this subject matter.

James: Which is not to say that it’s funny, but it deals with its accused in a way that allows them to be fully rounded characters dealing with the reality of human desires, not sinister villains hiding behind altars in half-light.

Semaj: Yes, we like spending time with them. We want to know what will happen to these old dudes as the sins of the church are visited on them through the figure of this accuser.

James: I suppose that’s the other secret to our siding with the defrocked priests: we get to know them first. We get to like the doddering old biddies before we realize why they’re all sequestered in that house.

Semaj: In a way, we almost feel bad that the specters of the past have returned to plague them.

James: We could say that the subject matter is dark, but the presentation is palatable, albeit frank.

Semaj: So do you recommend it?

James: Hell yes. It’s beautifully shot and edited, and the actors are all solid as hell.

Semaj: “The Club,” an entertaining movie about the sins of the church.