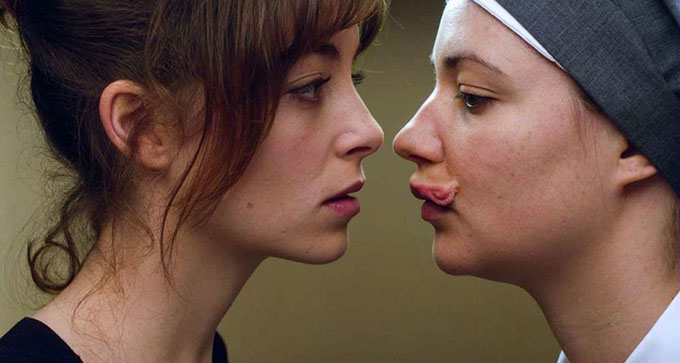 Kino Lorber has acquired all North American distribution rights to celebrated Polish filmmaker Andrzej Żuławski’s “Cosmos.” The movie, a dark adaptation of Witold Gombrowicz’s absurdist novel of the same name, marks the director’s first feature in 15 years. Żuławski won the Best Director prize at the Locarno Film Festival last year, where the film had its world premiere. The movie was also an official selection at the 2015 Toronto International Film Festival.

The film’s official synopsis reads: “Witold (Jonathan Genet), who has just failed the bar, and his companion Fuchs (Johan Libéreau), who has recently quit his fashion job, are staying at a guesthouse run by the intermittently paralytic Madame Woytis (Sabine Azéma). Upon discovering a sparrow hanged in the woods near the house, Witold’s reality mutates into a whirlwind of tension, histrionics, foreboding omens, and surrealistic logic as he becomes obsessed with Madame Woytis’s daughter Lena (Victoria Guerra), newly married to Lucien (Andy Gillet).”

“It’s a great honor to bring Andrzej Żuławski’s first new film in 15 years to U.S. audiences,” said Kino Lorber CEO Richard Lorber in a official statement. “His originality, acute intelligence and passion as a filmmaker all come together brilliantly in this cinematic prism. It’s been a long wait but well worth it.”

This deal was negotiated between Kino Lorber CEO Richard Lorber and renowned producer Paulo Branco, the head of Alfama Films. The company is planning to open “Cosmos” this summer, before a VOD and home media release during the fall of 2016.

“Cosmos” will have its U.S. premiere at the upcoming Film Comment Selects series, curated and organized by the Film Society of Lincoln Center, starting on February 17.