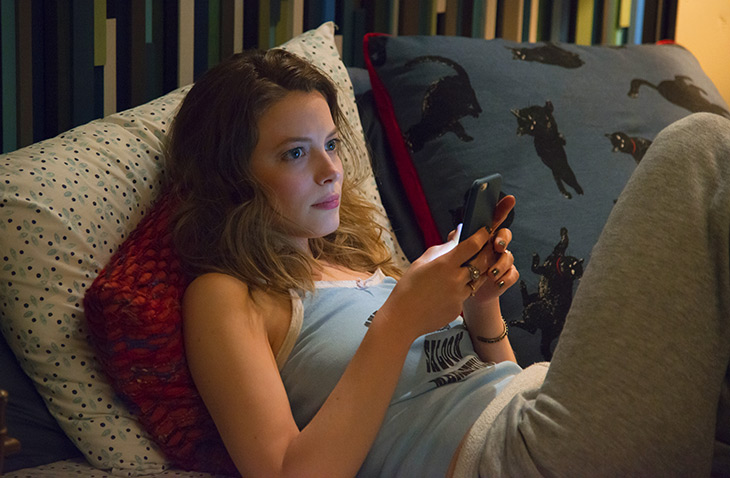 When it was first announced Judd Apatow would be returning to television — the medium on which he created some well-respected cult favorites like “Freaks and Geeks” and “Undeclared” — many jokesters out there were quick to comically worry whether or not the writer oft-criticized for making lengthy films would thrive on Netflix, where there are no time restrictions whatsoever. While viewing a TV series as a “five-hour movie” is nothing new in the golden age of television, perhaps only Judd Apatow would look forward to such an opportunity…to push it to six hours. Hey-o!

LAST WEEK’S EPISODE: How ‘Vinyl’ Represents the Stunted Progres of Diversity on TV

But in all seriousness, finding the appropriate place to dig into the complexities of modern romance is a difficult quest. Film has its own advantages, like packing a lot of emotion into a tight, fresh package. It’s also easy to construct a film for that satisfying dream ending where everyone leaves the theater happy. TV, though, keeps beloved characters around longer, allowing audiences to live in many romantic moments over a longer period of time. It also allows for the exploration of multiple pitfalls, thus providing a more thorough dissection of what makes relationships work (and not work).

With “Love,” Apatow (along with co-creators Paul Rust and Lindsay Arfin) has crafted a deeply personal examination of a somewhat dysfunctional pair that is still attracted to each other despite it all. To really understand them and how they function together as a couple, one might say the audience needs a full five hours, and Apatow takes full advantage of the loose leash with some half-hour episodes clocking in at 36 minutes and others at a slight 26. The medium helps the complex and often dark story go down easy (or at least easier) by taking the time to carefully shade each character.

READ MORE: ‘An African City’ is the Modern ‘Sex and the City’ You Need to See, Warts and All

That being said, Apatow noted the launching point of “Love” was that he wanted to make a TV version of “Knocked Up.” If it wasn’t clear by his lengthy running times or pseudo-sequel, “This is 40,” the film is one that’s story has stuck with Apatow for a long time, and he’s now found television as the portal through which to keep exploring its facets. To discuss which works best and why, Indiewire TV Editor Liz Shannon Miller and TV Critic Ben Travers host this week’s episode of Very Good TV Podcast.

Don’t forget to subscribe to Very Good TV Podcast via Soundcloud oriTunes. Follow Indiewire on Twitter and Facebook for all your pertinent TV news — including interview with people like Ray Romano and more from the “Vinyl” cast — plus check out Liz and Ben’s Twitter feeds for more, more, more. Plus, don’t forget to listen to Indiewire’s other podcasts, Screen Talkwith Eric Kohn and Anne Thompson, as well as Indiewire Influencers, hosted by Editor in Chief Dana Harris and featuring various guests relevant to anyone tracking independent film or entertainment in general.

Related Articles and News:
– Hear it from the man himself in this interview with Judd Apatow on “Love” and the state of modern comedy.

– Psyched for tonight’s “X-Files” finale? Worried? Frightened? No matter how you feel about it, this list of the 49 most important characters is for you.

– Did you watch “Togetherness” this weekend? Read Ben’s review and Liz’s interview with creators Jay and Mark Duplass.

– Get ready for the next great drama…on Hulu. “The Path” has released two trailers, and they’re both amazing.

READ MORE: Kyle MacLachlan on Being Every Mayor in ‘Portlandia’ and What It’s Like In the ‘Twin Peaks’ Bubble