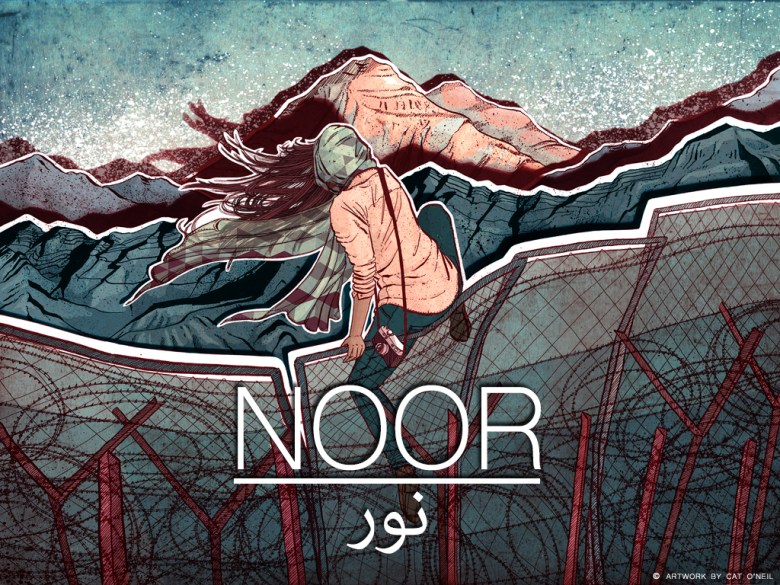 Logline: When Noor’s mother takes her far from Britain to Kashmir, her ancestral home, Noor begins uncovering clues about what really happened to her missing father.

Elevator Pitch:
“Noor” will be a coming of age feature length drama film about the human impact of the crisis in Kashmir, seen through the eyes of a teenage girl. It’s a story about hope, set in world’s most secret war and its effects on women and children through a disarming coming-of-age love story between teenagers growing up in Kashmir.

Based on true events, “Noor” is a story about hope in the middle of a seventy year long conflict, which has left over 100,000 people dead.

Directed by Oscar-nominated director Ashvin Kumar, this is his attempt to change the narrative.

About the Film:
Grave human rights violations have taken place in Kashmir under the watch of India, the world’s largest democracy. 10,000 have been ‘lost’ in this conflict which has claimed 100,000 lives, and Kashmir remains one of the most under- reported conflicts in the world.

This film is my attempt to share the sense of injustice that I feel as an Indian in Kashmir.

This is a story of two teenagers from a disparate worlds and their experience of love; a homage to the indomitable spirit of the women and children, the survivors.

Current Status: Fundraising in pre-production, aiming to shoot in May.