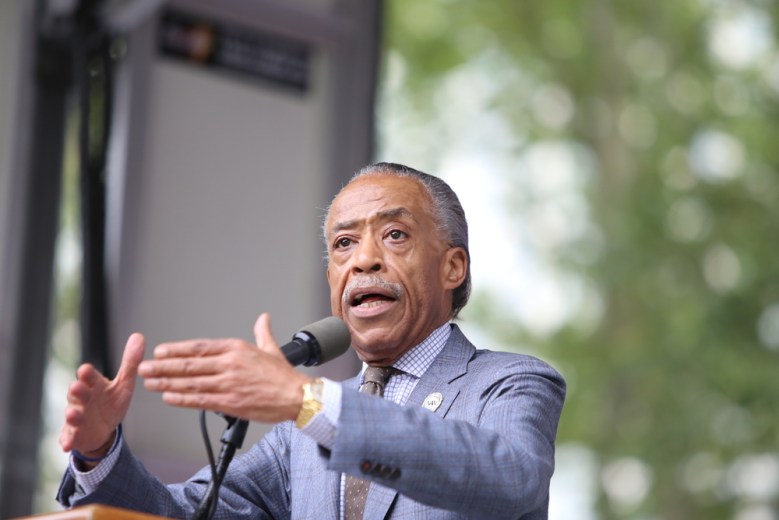 As the 88th Academy Awards draws closer, the controversy surrounding the lack of black nominees continues to escalate, and Variety is reporting that Reverend Al Sharpton will be leading a protest against the ceremony on Sunday night. The civil rights leader will be organizing a demonstration to protest the Oscars right near the Dolby Theatre. He is expected to speak at two Los Angeles churches earlier in the day before the rally.

Sharpton is joining forces with the National Action Network (NAN) to carry out the protest. NAN is currently planning on holding more Oscars protests in Cleveland, Detroit, New York, Washington D.C. and Atlanta. Sharpton previously went on record saying that he was going to “tune out” the Oscars broadcast this year, believing that falling ratings may be what it takes to open the Academy’s eyes to the growing diversity problem.

“It’s industry-wide, but I think that the most dramatic and the most optical in terms of relevance is the Oscars,” Sharpton told Variety. “It’s also the one to more easily organize people around. People don’t have to come out to a march. People don’t have to do anything. People can just turn the dial. Since they have tuned us out in Hollywood, we can tune them out at home.”

Between viewers tuning out and joining one of the national NAN rallies, the Academy will not be able to avoid the night’s boycotts. All eyes are turning to how the broadcast, and host Chris Rock in particular, will address the issue. The Oscars air Sunday at 8:30pm ET / 5:30pm PT on ABC.

This Article is related to: News and tagged Academy Awards, Al Sharpton, Oscars