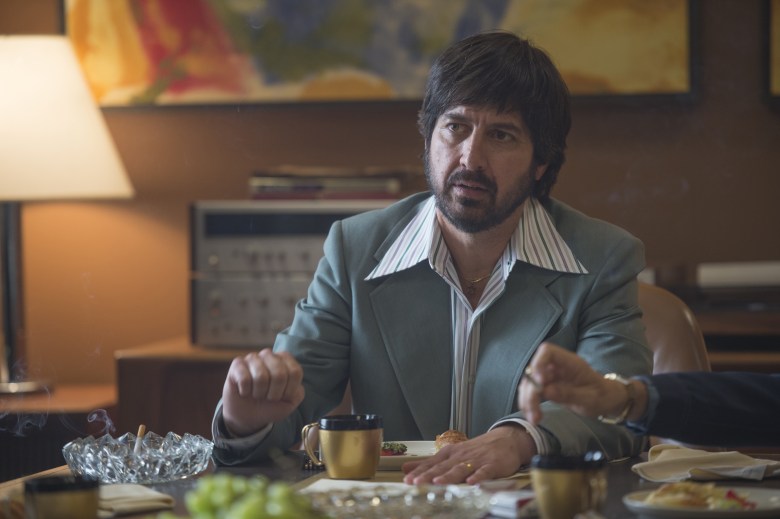 Warning, Ray Romano fans: If you fell for the actor based on his family-friendly work on broadcast TV, his newest role is… well, pretty different. As record executive Zak Yankovich, Romano misbehaves in all the ways you might expect in a Martin Scorsese project. While the opportunity was one he leapt at, it also represented a major change from his past work.

When Indiewire sat down with him at the TCA Winter Press Tour, Romano was one cool cucumber, but he spoke frankly about auditioning for the role, why he was so excited to prove his chops in a new, exciting direction and when he realized that “this show is too cool for me.” An edited transcript follows.

How did this come into your life?

My agent sent the script. I was on “Parenthood” — that’s all I was doing at that time — so he was trying to send me stuff. He sent me this script and said, “Check it out. HBO’s new show. I think you might be right for this one part. I’ll speak to Ellen Lewis, Martin Scorsese’s casting partner.” She’s been with him forever.

So I read it. It was great. So I said, “Yeah, tell me what to do.” First, [my agent] had to sell me, and [Lewis] said, “Look, I’ll take a look.” It was like a Thursday, and so she said, “If you can get a tape by Monday I can get it to Marty because things are happening fast.” (They weren’t happening fast, we found out.) I went to my friend’s house. He’s a photographer. I found a ’70s-like shirt in my closet. I had longer hair, thank God. I usually put a little spray in it, so I just let the bangs come down. This looks ’70s enough. I did three scenes, and we sent it to them. [Lewis] said, “Okay, there’s something here. Let me send it to Marty.”

She sent it to Martin Scorsese and the feedback was that Marty said, “He knows this guy.” Not me, meaning the character. “He knows this guy. He’s in the running. Also, he’s never heard of you, Ray Romano. He’s never seen you.” And I go, “Oh, so you mean he’s never watched the show or he’s never seen me? I get that.” And my agent says, “Let me check,” and he checks with Ellen Lewis and goes “Has Marty never seen the show?” And she goes “No, never heard of him, ever.” And look, I’m not so pompous to think everybody has heard of me, but if you’re in the business maybe? But he’s Martin Scorsese, film genius. He doesn’t watch sitcoms. Truth was, he had never seen me ever, and it ended up being a blessing. Because once you see me as that character, it’s hard to see me as something else sometimes.

So we’re in the running and we thought they were gonna make a quick decision, but it was literally three to four weeks later. We just kept hearing “in the running” and that was it. One day my agent and business manager, at the same time, called me on a conference call. I assumed they wouldn’t both call me for bad news, and they tell me, “You’re in, you got the part.” Then the fear began.

Now I gotta act in front of Martin Scorsese. I gotta meet Martin Scorsese. I gotta talk to him. I gotta call him. My agent said, “You should call Marty and introduce yourself,” and I was panicking. You know, anytime I have to call anyone smarter than me, which is 99.9 percent of everybody, I get nervous. But I call him and he was great and laughed and made jokes. He’s an encyclopedia of everything, every film ever made, everything. So I talked about my wife and Italy and he had a movie to relate to every subject. So here we are. He didn’t kill me off yet.

You never know. We’re on HBO.

With taking on this role, was there something specific about it that appealed to you?

First of all, it was the era, the script, the material. I didn’t know the character that well from the one script, the pilot. I just knew he was in this business, so there was this underhandedness to him, like there had to be. There was this cutthroat element. But there was an ounce of morality there, which is a lot in that business. So that’s what I liked. I’ve played all these characters that are mostly the good guys. I like that there can be a little bit of a sketchy side to this character, but still be considered one of the nicer guys in an ugly business. I like that.

We’ve just seen the pilot. It was a lot of fun because when I was originally watching it, I had to go back and say, “Wait, that’s Ray Romano?”

You’re not the first person to say that. It’s not like I was wearing prosthetics or whatever. 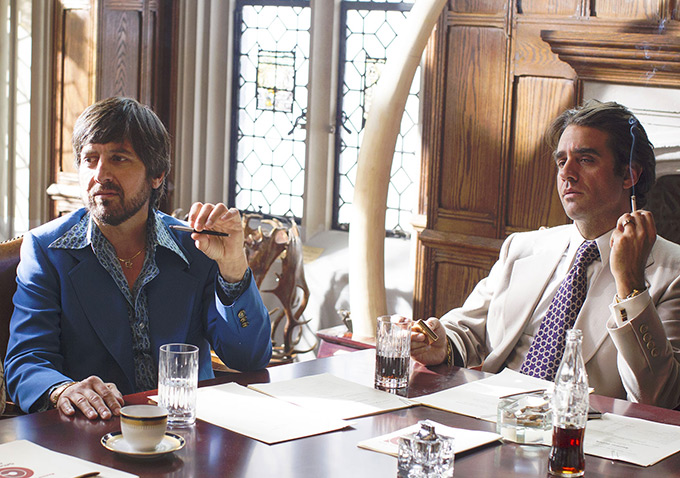 Well, for me, I have a problem where if anyone changes their hair…

Let me tell you, the hair and the beard, because we filmed in New York — better than hats, glasses. Very few people saw me like this. I did “Men of a Certain Age,” I did “Parenthood,” I did a couple movies. You can throw all that out. Ninety-nine percent of the public remembers me from “Everybody Loves Raymond.” Just that goofy guy.

But you have gotten to do a lot of exciting stuff.

Yeah, I have. I’m just saying, there are people who loved all those other things, I appreciate it, but you can’t fool yourself. People see a guy walking in a beard, [and] that’s not the guy from “Everybody Loves Raymond.”

I heard this really interesting thing once, where if you do a multi-camera sitcom you should make sure the character has the same first name as you because that’s what people are going to be shouting at you in airports for the rest of your life.

When we were naming the show, I hated the title “Everybody Loves Raymond” so I tried to come up with a new title. And someone said just keep your name in it. Business-wise, I guess it was good.

With “Vinyl,” it must have been really exciting to get to do stuff you don’t normally do on camera.

I don’t snort coke on camera, and I don’t fool around with hookers on camera ever. So I don’t know how much you guys know, but there’s an episode where things get down and dirty. And I don’t think my wife was too happy about it. Let’s put it this way, Episode 7 — if you know me from “Everybody Loves Raymond,” don’t watch that episode.

From the pilot, do you have a favorite musical moment from it?

I don’t really have a favorite musical moment from the pilot, but I have a favorite musical moment from the first season. It was something — to give you a little spoiler — they do these little fantasy sequences, and they did one in, I forget what episode, and it was Janis Joplin. Bobby Cannavale screams and they pan around and Janis Joplin is singing “Cry, Cry, Baby.” And I filmed it on the monitor when the monitor was playing it back — I filmed it on my iPhone. And that was the moment I said, “This show is too cool for me. How am I on this show?”

“Vinyl” premieres this Sunday at 9pm on HBO.

READ MORE: The 11 Best Performances by Comic Actors in Dramatic Roles on TV