The Entire Planet is Watching 'The X-Files' Revival, and That's Terrible News for TV 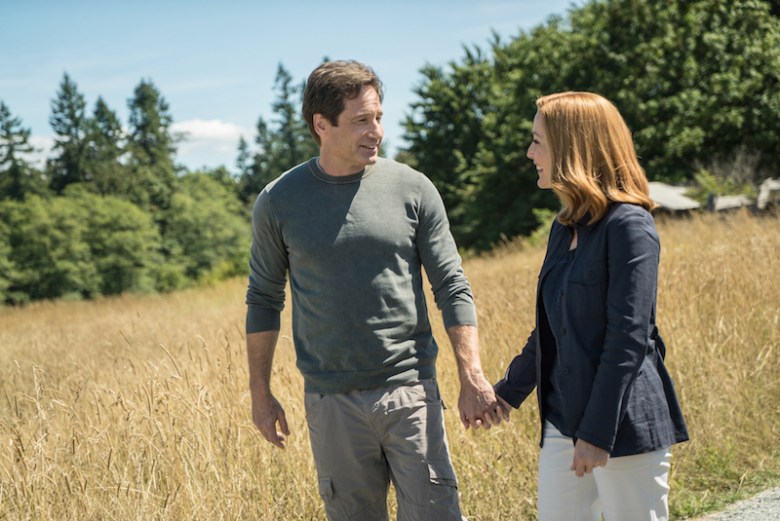 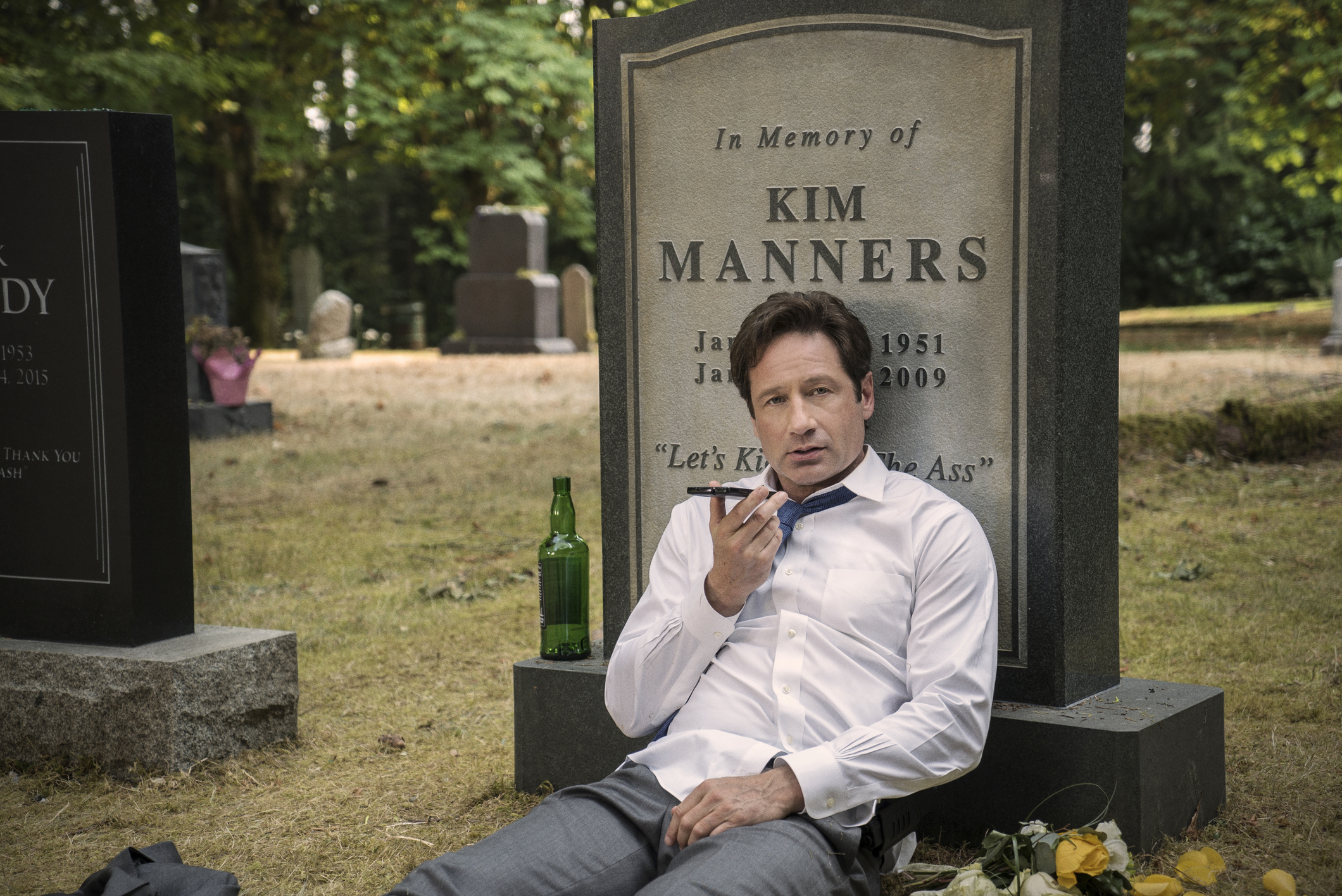 You guys, “The X-Files” is an absolute phenomenon. It’s inexplicably inexhaustible. The series — which has been dead on TV since 2002, was revived for a stand-alone film that cratered in 2008, and has largely been out of the cultural conversation since well before then — has somehow, despite all statistical indicators, managed to score some of the biggest ratings of any scripted television show in recent memory.

And, for as much as we love “The X-Files,” that’s very, very bad news for broadcast television.

Let’s get all the stats out there first: Tracking the numbers chronologically, we’ve so far learned that “The X-Files” miniseries/Season 10/whatever-we’re-calling-it pulled in 16.2 million viewers during the premiere. Now, that figure represents how many people watched live, but when you add viewers who tuned in over the next three days (commonly noted as Live+3, or L+3) via VOD, DVR, Hulu and Fox Now, that number rises to 21.4 million viewers. About 9.7 million people tuned in live for Episode 2, and that number rose to about 13.5 million after L+3 data (including streaming via Hulu and Fox Now) was factored in; a decent drop from Sunday’s premiere, which was bolstered by its NFC Championship game lead-in (which pulled in an average of 45.7 million viewers over its three-hour broadcast). Episode 3 saw another drop, but only a small one: “Mulder and Scully Meet the Were-monster” drew 8.4 million live viewers.

In comparison to other modern series, “The X-Files” nearly topped the viewership of 2015’s most-watched scripted series, “The Big Bang Theory.” Its Season 9 premiere episode pulled in 18.2 million live viewers — the highest rating so far this season — or just 2 million more than “The X-Files” did in its live debut. Yet perhaps even more impressive is the number of viewers “The X-Files” pulled in for the coveted 18-49 demographic. Last season’s highest-rated series in the demo was “Empire,” which snagged its best ever total for the Season 1 finale with a 6.9 rating. “The X-Files” nabbed a 6.2.

Now, I don’t know about you, but when I think of broadcast TV’s heyday, I think of the “Friends” finale pulling in more than 52 million viewers or “Seinfeld” averaging more than 32 million viewers for its last three seasons (even when you factor out its finale total of 76.3 million people). So, in comparison, 21.4 million viewers for “The X-Files” — or even its 50 million international total, for the first two episodes airing across 80 countries — may not sound like that much, especially when you see a legendary series like “The X-Files” getting topped in the ratings by modern muck like “The Big Bang Theory.”

But it is. It’s so, so many people — maybe not when literally compared to the viewership of yesteryear, but it’s a massive get for today. It would be silly to compare the viewing habits of the late ’90s and early aughts to those of today. Then, there was only one way to watch — Tivo wasn’t even invented until 1999 (aka Season 7 of “The X-Files”) — whereas now there are too many to count. Yet still, those premiere numbers are right in line with what “The X-Files” nabbed close to its peak, which is quite an accomplishment in and of itself. Through three episodes, it’s averaging more than 11.4 million live viewers — a higher average than Season 1 and Season 9. Factor in L+3 viewership (including an estimated 25 percent bump for Episode 3, a conservative number since Episode 2 rose by 30 percent), and that number rises to 15.1 million viewers; an average in line with Season 3 and better than five of the original nine seasons.

Now, it’s important to step back and remember Fox certainly planned on earning these kind of comparisons, by launching “The X-Files” behind the NFC Championship game. Early reports focused on comparing the original inflated viewership with averages of yesteryear, but after three weeks one can see how well the show is really doing (which is still very well). But focusing on the first number — 21.4 million — and how it compares to classic “X-Files” ratings not only helps “The X-Files” look good, but the raw numbers also make Fox look like it hasn’t lost a step to streaming in the last 13 years.

And it’s here that you can start to see the reason Fox executives are flipping out over these ratings, as well as the danger of taking them at face value.

Times Have Changed, and Networks Are Desperate 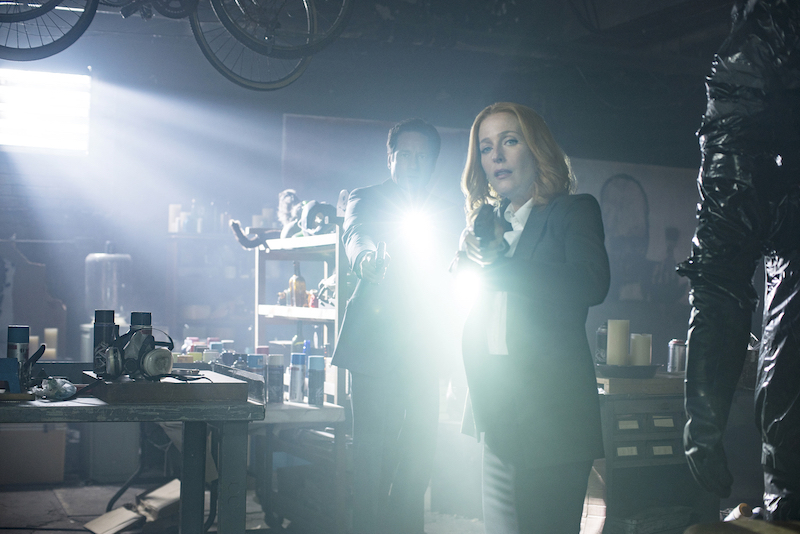 The biggest shift in television since “The X-Files” ended wasn’t the creative storytelling of TV’s “golden age,” but how people were watching TV. As you can sort of see in the figures above, networks have started paying more and more attention to how many people are watching their shows over the course of three days, seven days and more, rather than just the same-day figures. But they’ve been doing so reluctantly. People are waiting to watch TV on their own time, so judging whether or not a show has an audience is getting more and more difficult — and networks, like the rest of us, are resistant to embrace change.

READ MORE: Connect the Dots Between ‘The X-Files’ and ‘Breaking Bad’ With New Infographic

For example, NBC spent more than an hour of its Winter TCA press day this year explaining to a ballroom full of journalists why they really were doing okay, and that Netflix wasn’t actually the big bad monster coming to kill traditional TV. In short, they tried to show how their ratings compared to Netflix’s. Setting aside the rather desperate means they took to get their so-called evidence, just by spending as much time as they did talking about Netflix numbers (knowing full well Netflix would be in the headline of any story running about the presentation, not NBC) says a lot about where broadcast networks stand today. They need hits. They need to believe they’re okay as much as they need us to believe it.

And they are, really. They’re just not seeing the same performance from what’s historically been their bread and butter — scripted comedies and dramas. And, as we’ve seen before, networks will follow any trend to get ratings. First, it was reality shows. Those have become a permanent staple of the medium, and it’s looking like an emerging genre is on its way to becoming another: Live TV “events” are the in thing at the moment, with hits like “The Sound of Music” and “Grease: Live” leading to a number of productions in the works, from “A Few Good Men” to “Rocky Horror Picture Show.” Setting aside their cultural value, we now have to look to the next trend; a course we’re moving forward on, full steam ahead, thanks in part to “The X-Files” — the revival series. 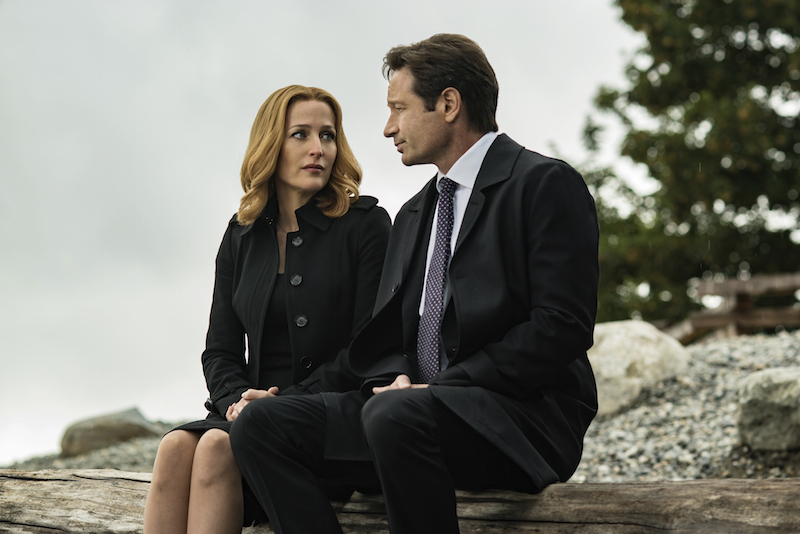 While we’re the first to admit our excitement and joy only grows with each new episode of “The X-Files,” what its success means for the future of TV is truly scary stuff. We’ve gone over our fear and distrust of reboots, spinoffs and other money-driven franchise extensions before (and at length), but much like Mulder’s desire to believe is turning into actual belief, so too are our fears turning into reality. Don’t think the networks won’t do it. These are the same people who tried to make “The Jay Leno Show” happen, five nights a week. They’ve aired specials about adorable rescue dogs and Ryan Seacrest introducing random people to their celebrity crushes. They won’t think twice about reviving a fan favorite TV show, and — compared to some of these examples — it probably even sounds like a great idea from an artistic standpoint.

What it boils down to, though, is what makes a TV show a good candidate for revival and what makes a bad one. To some, the difference may be clear. With “The X-Files,” the ongoing (and unfinished) conspiracy story combined with its (stellar) episodic “monster of the week” fare makes it an excellent candidate for continued success. As long as Gillian Anderson and David Duchovny are back, so are we. But take a show like, say, “Full House” — where characters have aged out of their roles just as the show’s broad appeal exists only as nostalgia — and you can see where a comeback may not be such a good idea.

However, Netflix obviously disagrees. Their reasoning is sound: “Fuller House” will expand the streaming service’s subscriber base. New users will pay $7.99 to relive their past, and that’s what Netflix needs. While that’s somewhat forgivable for a service with endless options, it’s not as easy to condone on broadcast television where there are only so many primetime hours. Yet just like “Fuller House” will help Netflix, “The X-Files” will help Fox, and soon many more spinoffs will help ABC, NBC, CBS and more.

It makes sense financially — assuming you don’t get caught up in pre-production problems like “Coach” did — and we, the audience watching at home, are inviting what’s coming on ourselves. We’re not going to stop watching “The X-Files,” just like we didn’t stop watching “Survivor” — not for years, anyway; not until the networks have had enough time to figure out how to milk this cash cow for a long, long time.

Think about it: Do we really want a television lineup that looks the same as it did 20 years ago? Or, worse yet, do we want “Now That’s What I Call Music TV,” but instead of covering last year’s (out-of-date) jams, it includes hits from the last two decades? Monday night is the revival of “M.A.S.H.” Tuesday night brings back “The Fugitive.” Wednesday night we’re all watching the immortal Tom Selleck in “Magnum P.I.” Season 9. Soon, between reality TV, live specials, football and revival series, the new shows will slowly be edged out. And if this trend continues, then what will we revive 20 years from now?

READ MORE: ‘The X-Files’ Returns, Or How a TV Show Can Change Your Life

This Article is related to: Television and tagged Ratings, Television, The X-Files