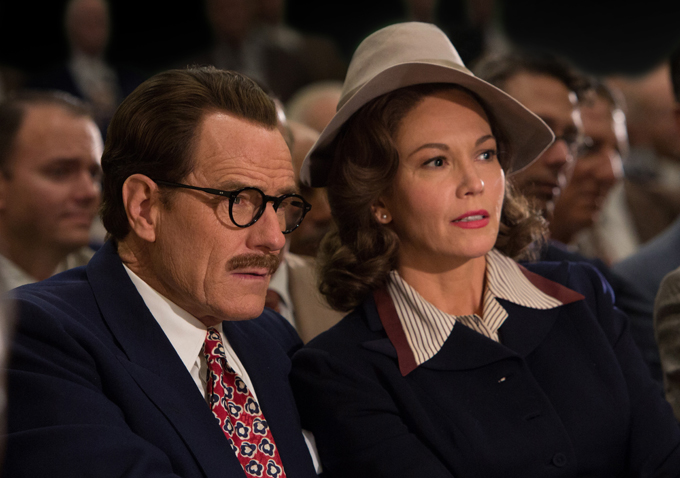 [Editor’s Note: This post is presented in partnership with Time Warner Cable Movies On Demand in support of Indie Film Month. Today’s pick, “Trumbo,“ is available now On Demand. Need help finding a movie to watch? Let TWC find the best fit for your mood here.]

Hardcore fans of “Breaking Bad” may still be hung up on the fact that star Bryan Cranston didn’t pull in an Emmy for every season of the lauded series (four wins out of six nominations is nothing to sniff at, but still), but that’s the last thing to bother the actor. Instead, Cranston remains compelled by the idea of simply being “a working actor.” Anything else? That’s gravy.

His latest turn, in Jay Roach’s Dalton Trumbo biopic “Trumbo,” just might bring him closer to more brass, if you believe the awards season hype (although Cranston doesn’t seem like the kind of guy who does). As blacklisted Hollywood screenwriter Trumbo, Cranston takes us through the pre-Hollywood Ten years, Trumbo’s testimony to the House Committee on Un-American Activities, the lauded screenwriter’s ultimate rejection from his community and his bold attempts to earn his rightful place in the industry. It’s a lot of ground to cover from a troubled time in American history.

Indiewire recently sat down with Cranston to talk about the “cautionary tale” that is “Trumbo,” the prevalent idea of the “great man” in the biopic game and his proudest professional accomplishment.

I read that, prior to the film, you didn’t actually know too much about the blacklist and had to do some research to prepare.

I knew a cursory amount. I knew that Dalton Trumbo was a member of the Hollywood Ten, a Communist, he went to prison, I don’t know how long, and that he wrote “The Brave One” and “Spartacus.” Aside from that, I didn’t really know that much about it.

That’s about as much as most people.

It’s fairly well-informed, comparatively. What I was able to find out was the depth of which this committee delved into the lives of these people and determined for themselves, as an overreach of government — that they were going to be judge, jury and executioner. Which is totally against the Constitution. They threatened, under the penalty of imprisonment, to put your First Amendment rights aside and ask, “Have you now, or have you ever been, a member of the Communist Party?” Well, it’s none of your business. The question itself is un-American. Just like you can’t persecute me for what religion I choose to practice.

This committee didn’t see that, and they overstepped their power and 10 men — who didn’t commit a crime — went to prison. It’s a dark period in American history and this is a cautionary tale, a very serious subject, but the movie deals with it in an entertaining way. It’s not only an effective movie, but it’s proper. It’s not like we make light of it, but these were screenwriters. They were witty, funny, creative men, so that’s naturally what they’re going to do.

The film has a firm grasp on both the personal and professional implications of what happened. Was that something you and Jay discussed a lot?

A lot. Quite frankly, if it’s just about plot of achieving a goal, and not about the human element to it, what is the sacrifice he made? What are the sacrifices his family made? What are the sacrifices his friends made? That’s what people relate to, how does this affect them as human beings? That’s where the movie really triumphs. We see how it affected the family and the friends and the community, and the fear that was perpetrated and exacerbated by this act.

It’s a cautionary tale, and any time the First Amendment is in jeopardy of being lost, forgotten, discarded or oppressed, the citizens need to stand up and say, “no, not a chance.”

The scenes you share with Michael Stuhlbarg as Edward G. Robinson are especially enlightening and compelling in terms of both the personal and professional issues at stake.

Michael is a wonderfully gifted actor but also a kind, sweet man and I just adored working with him. He captured the essence of Eddie so well. He really felt sympathetic toward him and upset, perhaps, at his actions, but [he] understood. That’s the hallmark of a great story.

John McNamara, who wrote the script, deserves the lion’s share of that. That was emblematic of the times, good close friends were torn apart because of this — because of fear and anxiety —  threats whether real or perceived. 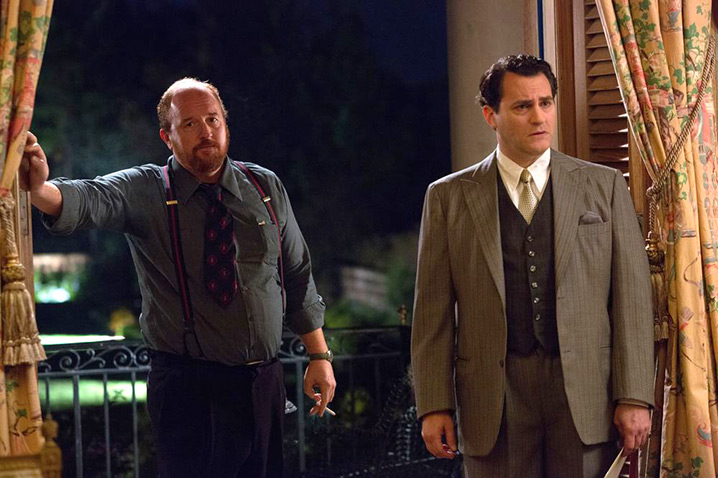 That relationship is sort of a microcosm of the entire film.

Hopefully, your generation will walk away from this and go, “So that really happened.” It’s based on true events, there is some theatrical license chained to it, but no one’s true point of view — Hedda Hopper, John Wayne, Dalton Trumbo — no one’s point of view was altered, that is how they felt and how they acted. That is what they would’ve said, had they chose to use those words.

You also get to have this really contentious relationship with Helen Mirren as gossip columnist Hedda Hopper, who isn’t an especially likable person.

She is a beautiful artist and even more attractive person. She is supremely talented and just really talented, she is not “The Queen.” She doesn’t pretend to be the queen. She is a wonderful person.

Then you have Diane Lane, who’s gorgeous and solid. We needed someone who was that, because Cleo Trumbo was beautiful and was the person who kept the foundation and instilled love and fun and play and engagement with the children. Dalton really didn’t have time for that.

You get a sense of that later in the film with Trumbo’s daughter’s birthday, which he won’t participate in.

All those things. There’s a scene in there where he hears a noise and looks out and sees them playing ping pong and he kind of smiles at the picture of his family enjoying himself. There’s a thought of, “Maybe I should join them, but no, the typewriter is waiting for me, demanding my attention.” So he goes back to it. There was a very specific choice made there.

That speaks to an idea we a lot in biopics like this — the concept that a “great man” doesn’t necessarily have the emotional capacity we might like to see from them.

That was who he was. In this day and age, what we’re seeing in these biopics — “Steve Jobs” or “Trumbo” or “American Sniper” last year — is the fact that they’re human. They can be both heroic and damaged. It’s not mutually exclusive. They coexist. To me, that’s more honest, and people relate to that. That’s how people really are. 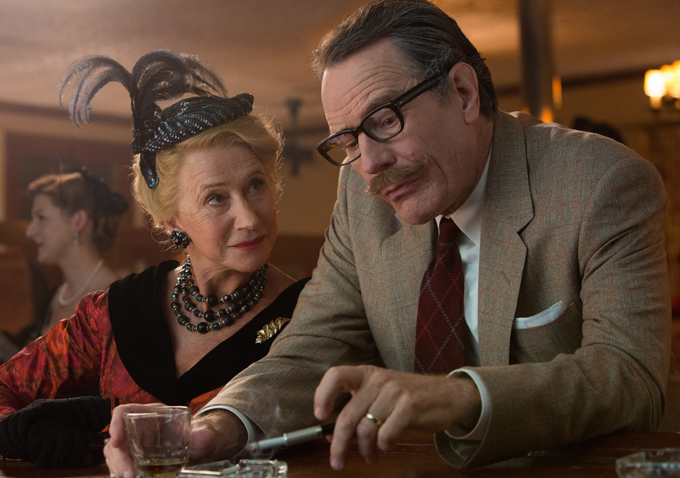 Do you feel that films like this have a duty to impart important historical truths?

They don’t always have to be history or civics lessons. Wrapped in entertainment, they’re more palatable. More people will go see it, frankly. The people who put up the money to make this movie want it to be entertaining and want to make their money back and then make money, and there’s no wrong in that. Our responsibility is to deliver an entertaining, honest film that retells a story based on facts that will feel incredible to people and have an impact and resonate.

The best thing that could happen here, is that when people leave “Trumbo” to go have their cocktail or their dessert, or in the car on the way home, to talk about it, even argue about it: “I think it was a threat, I think they should have been put in jail.” The goal is to stimulate conversation.

Your resume is punctuated by such distinct roles —”Malcolm in the Middle,” “Breaking Bad,” now “Trumbo.” Have you ever been worried about being boxed in to these parts?

Not worried about it, but conscious of it. When the end of “Malcolm in the Middle” happened, I turned down two offers to do comedy pilots — goofy dads. It was an easy no, because I just did that. Others would say, “It’s perfect for you! It’s exactly what you were doing!” I’d say, “I just did that for seven years! Why would I try to be redundant to myself?”

I just keep looking for things that are different and just be a moving target, basically. You can’t pin me down because I want a career that encompasses a lot of different characters both real and imagined. 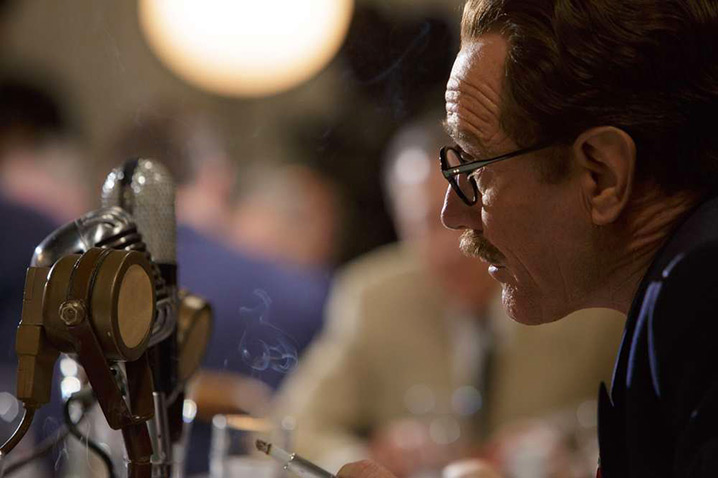 Years ago, you commented that your dream was always to be a “working actor.” Do you still feel that way?

That is still my proudest professional accomplishment — that at 25 years old, I became a working actor, and I’ve been doing it since I was 25 years old. Anything beyond that is gravy. So this is all gravy, I’m in the gravy. At some point, the gravy will stop flowing and I’ll do something else.

But as long as you still have the meat.

You can have that line.

Gravy on top of gravy doesn’t mean anything! There it is.

Your career is meat.

My career is meat.

This feature was originally published on November 6, 2015.