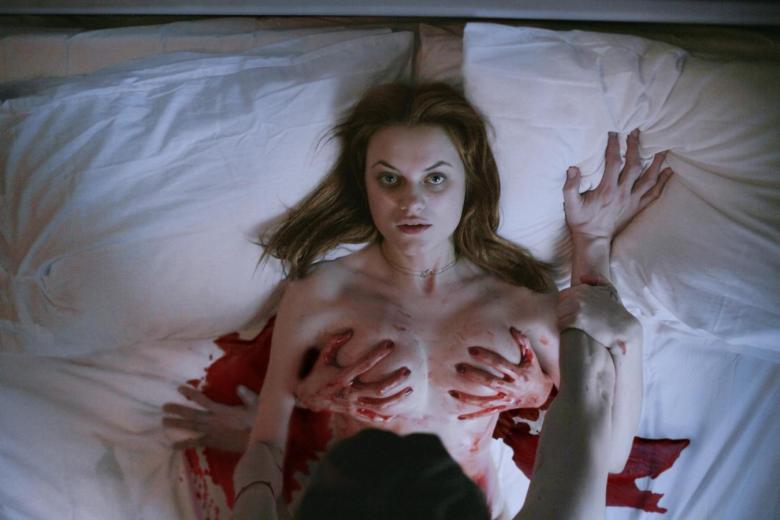 Valentine’s Day is right around the corner, and that usually means rose-colored decorations, flowers, chocolates and the unoriginal rom-com. But “Nina Forever” isn’t your ordinary rom-com. Instead of rosy hues and light, charming dialogue, “Nina Forever” plunges you into the depths of depression and horror, accenting the misery with squishy viscera and an off-kilter atmosphere.

The award-winning movie stars Abigail Hardingham and Cian Barry as Holly and Rob, a burgeoning workplace couple beginning to find stability and purpose in their droll lives. Rob has recently lost his ex-girlfriend, Nina, in a tragic motorcycle accident, which leaves him as a shadow of his former self. But Holly is determined to make this new, budding relationship work and goes out of her way to help the troubled young man through his grief. But just as their relationship finds footing, Nina reappears as a jealous, vengeful, sardonic and obsessive mess of blood and mangle. In her effort to help Rob through his sorrow, Holly sticks around to deal with the dead girl that is occupying their beds and, subsequently, their minds.

“Nina Forever” premiered at the 2015 SXSW Film Festival and will be released in select theaters and on VOD on February 12, just in time for Valentine’s Day.

This Article is related to: News and tagged Nina Forever, SXSW, SXSW 2015