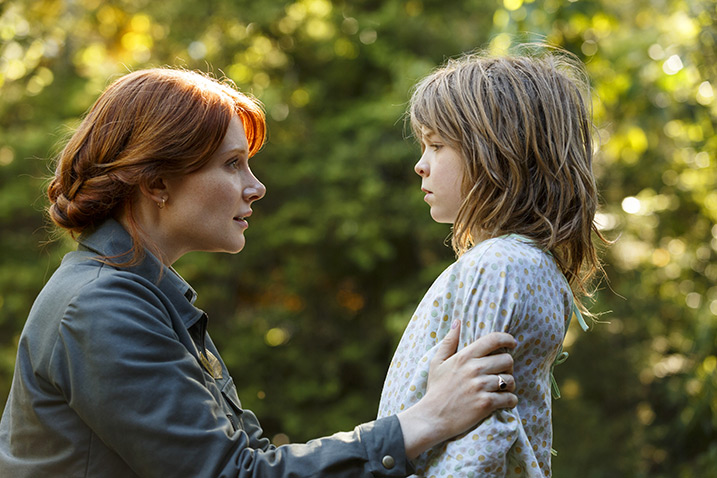 David Lowery is perhaps the last filmmaker we’d ever expect to be in the director’s chair for a big-budget Disney family adventure. Even in an age where one indie hit can land you a blockbuster, Lowery’s short resume has never really stood out as Disney-friendly. From his lyrical direction of the 2013 crime drama “Ain’t Them Bodies Saints” to his unnervingly experimental editing on Shane Carruth’s “Upstream Color,” Lowery has become one of the most promising indie talents for the way in which he maturely and ambitiously leads the viewer into his cinematic worlds.

We’re not exactly sure how Lowery will operate in a Disney-fied setting, but we’ve now gotten our first taste thanks to the official teaser trailer for “Pete’s Dragon,” the director’s retooling of the beloved 1977 family musical of the same name. The adventure centers around an orphaned boy (relative newcomer Oakes Fegley) who is discovered living in the forests of the Pacific Northwest with his best friend Elliot, the film’s eponymous dragon. Bryce Dallas Howard stars as the park ranger who discovers the boy, while Robert Redford is her father, a sensible wood carver who has long had theories about a dragon living in the woods.

The supporting cast is rounded out with the likes of Oona Lawrence, Wes Bentley and Karl Urban. In an expected marketing move, Disney is keeping the actual dragon under wraps for now (we’re only given a quick peak at his back) while heavily playing up the mystery and intrigue surrounding him. Will Lowery’s daring indie touches survive the Disney domestication? We sure hope so.

This Article is related to: News and tagged David Lowery, Pete's Dragon, Trailers