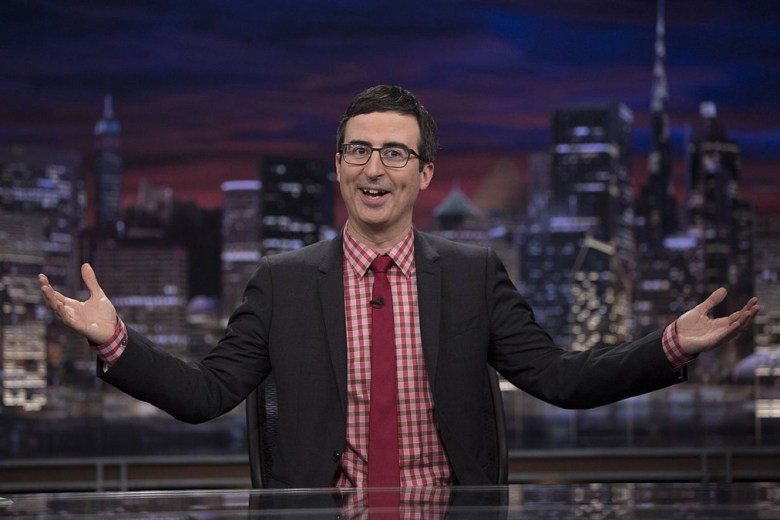 With Oscar frenzy well underway, the #OscarsSoWhite controversy has stayed in the conversation regarding the film industry’s biggest and most prestigious awards ceremony. This week, the ever so eloquent and hilarious John Oliver chimed in just in time: On the latest episode of “Last Week Tonight With John Oliver,” a brutal segment highlighted the history of whitewashing in Hollywood — because this year’s nominees, the voiceover points out, are “whiter than a yeti in a snowstorm fighting Tilda Swinton.”

READ MORE: Daily Reads: John Oliver on Why He’s Not Covering the Presidential Debates, How Fans Saved the Original ‘Star Wars,’ and More

The segment points out that even when roles for minorities are actually available, the roles tend to be given to white actors anyway, presenting the argument that these issues might not totally be the Academy’s fault, despite being the recipient of much of the backlash. Perhaps the problem is much bigger than the Academy itself — that it’s the industry as a whole.

Some of the examples the segments presents are Jake Gyllenhaal as “The Prince of Persia” in the 2010 film and Emma Stone as a part-Asian character in last year’s “Aloha,” as well as Ridley Scott, director of 2014’s “Exodus: Gods and Kings,” was himself quoted saying that in order to finance the $140-million dollar film, he couldn’t do that “and say that [his] lead actor is Mohammad so-and-so from such-and-such.”

Unfortunately, this sort of enabling is nothing new to the entertainment industry, but as always, “Last Week Tonight With John Oliver” continues to be hilarious, poignant and brutally honest. This time is no different. Watch the full segment above.

READ MORE: Is ‘Race’ the Antidote to #OscarsSoWhite?