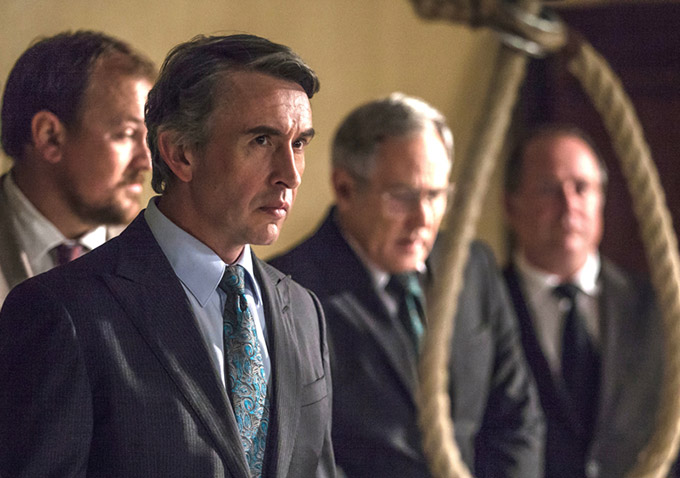 South African director Oliver Schmitz is bringing his first English-language feature, “Shepherds and Butchers,” to the Berlin International Film Festival, and Indiewire has the exclusive trailer for the drama above. The film stars Steve Coogan and Garion Dowds and comes from producers Anant Singh (“Mandela: Long Walk to Freedom”) and Brian Cox (“Kite”).

Inspired by true events, the story is set into motion after Leon, a white 19-year-old prison guard, kills seven black prisoners. Lawyer John Weber (Steve Coogan) takes on his case and uncovers how twisted and backwards the South African legal system is.

“It’s a film about young people taken by a society, taught how to kill and then left to their own devices,” explains Schmitz in an official statement. “It’s very much about apartheid, but equally it could be anywhere in the world, where a kid in a situation of war who is given a gun, is told to shoot someone, and must then go home and be normal. It doesn’t work.”

“Shepherds and Butchers” is premiering at in Panorama section of Berlin. Watch the clip above.