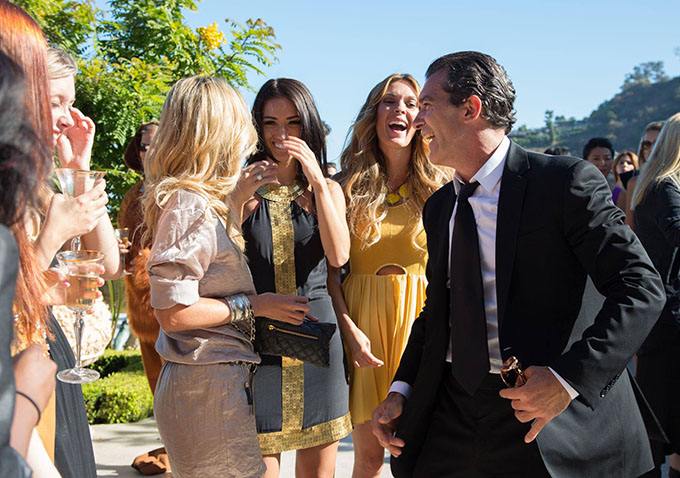 Terrence Malik’s much anticipated new film “Knight of Cups” is concerned solely with the concept of love. Starring Christian Bale, Natalie Portman and Cate Blanchett, the film deals with a wandering Hollywood screenwriter whose existential crisis is worsened and healed by the six alluring women he comes into contact with over his spiritual journey.

The film’s official synopsis reads: “‘Knight of Cups’ follows writer Rick (Bale) on an odyssey through the playgrounds of Los Angeles and Las Vegas as he undertakes a search for love and self. Even as he moves through a desire-laden landscape of mansions, resorts, beaches and clubs, Rick grapples over complicated relationships with his brother (Wes Bentley) and father (Brian Dennehy). His quest to break the spell of his disenchantment takes him on a series of adventures with six alluring women: rebellious Della (Imogen Poots); his physician ex-wife (Cate Blanchett); a serene model (Freida Pinto); a woman he wronged in the past (Natalie Portman); a spirited, playful stripper (Teresa Palmer); and an innocent Isabel (Isabel Lucas), who helps him see a way forward.”

In a new clip from the film, Bale aimlessly navigates what looks to be a wedding party. The notions of love, desire and exhaustion are all on display in these mere 90 seconds.

“Knight of Cups” is coming to theaters March 4. Watch the clip above.

This Article is related to: News and tagged Christian Bale, Knight Of Cups, Terrence Malick