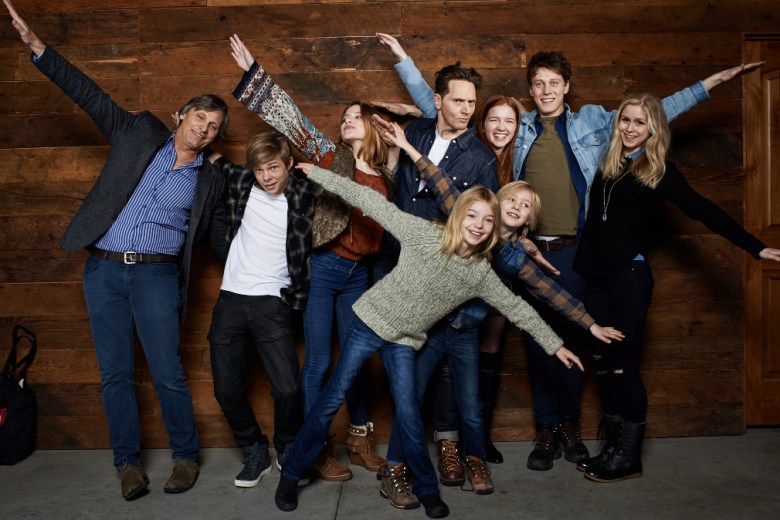 Premiering at the Sundance Film Festival last week, “Captain Fantastic” stars Viggo Mortensen as the patriarch of a reclusive survivalist family, who isolates his half dozen children from the real world all while teaching them the joys of hunting and Noam Chomsky. However, their unique upbringing is threatened by the recent death of their mother and legal action from his wealthy father-in-law (Frank Langella).

Many critics noted, even amongst this quirky backdrop, just how dynamically the actors portrayed a realistic and believable family unit. As the cast says above, this bond had everything to do with an intense two-week rehearsal process dictated by writer-director Matt Ross, which included everything from taxidermy lessons to yoga rock climbing to martial arts training. As Mortenson puts it, “Everybody here can now track a deer, skin a deer, and cook a deer. We really went for it.”

As part of the “Indiewire in Conversation at Chase Sapphire on Main” discussion series, Ross was joined by Indiewire’s Editor-in-Chief Dana Harris and his vast ensemble cast — including Mortensen, George MacKay, Charlie Shotwell, Annalise Basso, Shree Crooks, Samantha Isler, Nicholas Hamilton, Erin Moriarity, and Trin Miller — to discuss the controversy and family at the film’s center. Check out the video above to see Mortenson discuss the importance of controversial art, and get all the highlights from the exclusive chat below.

The Importance of Intense Rehearsals

Cast On Questioning Everything

The Kids on Killing a Deer

This Article is related to: News and tagged Captain Fantastic, Sundance 16, Viggo Mortensen