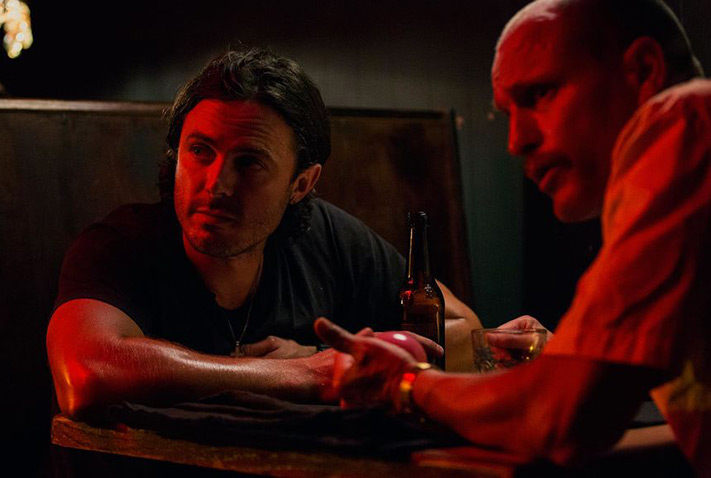 Woody Harrelson’s smarmy attitude and crazed glances makes him an ideal choice for playing officers of the law with a few screws loose, a role he first explored in Oren Moverman’s deranged portrait “Ramparts,” then tweaked further for “True Detective.” (He played a nicer cop in “Battle in Seattle,” back in his gentler days.) In “Triple 9,” Harrelson has reached the point of no return, devolving into a series of maniacal tics and bug-eyed expressions as a vulgar-mouthed, chain-smoking Atlanta detective on the trail of several corrupt officers. Harrelson’s freewheeling performance crops up in “Triple 9” like a random punctuation mark as the movie pummels ahead. Similarly, everything in “Triple 9” puts a messy emphasis on familiar ingredients.

Effectively cast at the opposite end of the spectrum, Casey Affleck plays the detective’s courageous nephew, Chris, a good-natured cop unwittingly placed in the crosshairs of a nefarious plot. Blackmailed by the Russian mob — led by a menacing Kate Winslet, sporting a two-bit accent that’s miles away from her Polish one in “Steve Jobs” — a group of nefarious officers are forced to commit a daring heist. These include Michael (Chiwetel Ejiofor), Marcus (Anthony Mackie) and Gable (Aaron Paul). Their main scheme involves murdering Chris at a separate location as a distraction, triggering a “999” (police code for officer down).

Needless to say, the plan doesn’t go entirely as it should: Chris lives, and launches an investigation into the attackers that puts him back in the line of fire.

These events unfold against a sprawling urban backdrop captured by cinematographer Nicolas Karakatsanis with a jittery quality that never slows down. The robbery itself is a masterclass in expert pacing, culminating with the explosion of colors and gunfire on a freeway that recalls the tenser showdowns in last year’s “Sicario.”

But expert craftsmanship can’t rescue “Triple 9” from the constant feeling of a pulpy remix. Though Hillcoat’s done wondrous things with atmosphere in “The Proposition” and “The Road,” nothing in “Triple 9” sinks in. The movie borrows the cerebral, rapid-fire pacing of Christopher Nolan’s “Batman” movies, which themselves owe a debt to the oeuvre of Michael Mann. “Triple 9” might be best described as “Heat” cranked up to 11, but it lacks any real investment in the stakes at hand. Despite that formidable cast, nobody’s problems ever seem all that consequential. They’re trapped by heavy themes and mood that frequently outpace the semblance of genuine conflict.

That said, Matt Cook’s script offers plenty of intriguing possibilities. Harrelson’s unhinged turn as he attempts to shroud his younger relative from danger should indicate a major central conflict, but “Triple 9” rarely settles down long enough to make their dynamic stick, and the anti-heroes hardly register as more than desperate goons. 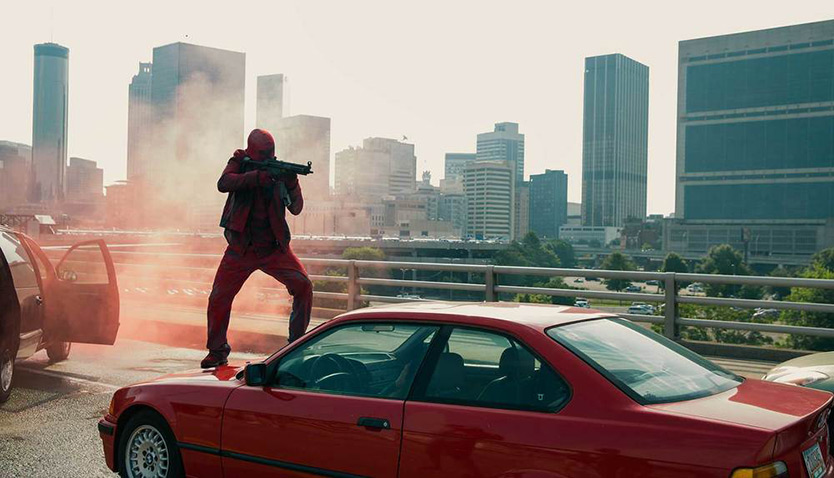 That’s especially unfortunate in the case of Ejiofor, whose ability to convey tenderness and determination makes him one of the most underutilized actors working today. When his character finally scores a nice moment of revenge in the final act, it’s a fleeting window into the better possibility of a movie that would put him front and center. (Last year’s “Z for Zachariah” was a stronger platform for his unique abilities, and another case where he outshined the actual material.)

Eventually, “Triple 9” returns to Harrelson for a tense, wordless finale that ranks among several other powerful moments. By never threading them together, however, “Triple 9” feels more like the toppling building blocks of a serious movie about corruption than a cogent package. But it’s a testament to the talent involved that its potent ingredients still shine through. Hillcoat offers up at least one powerful idea, by suggesting a world that exists within the confines of a broken system, with the only catharsis arriving in a merciful fade to black.