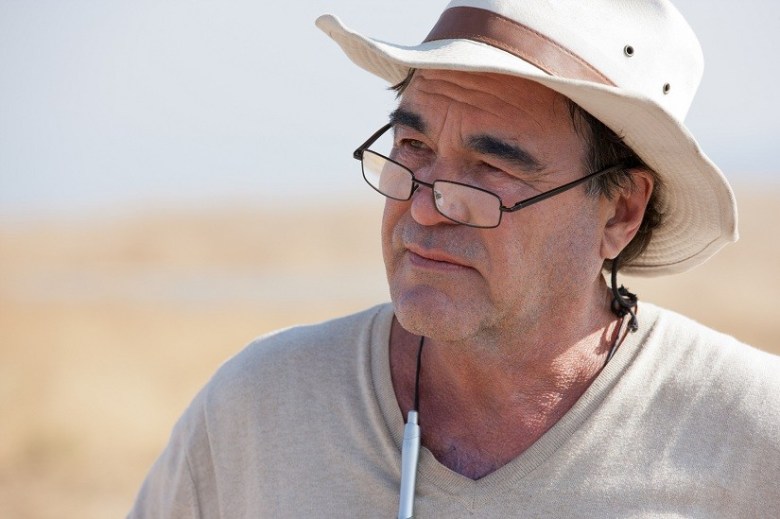 Few can compare to the mad genius of prolific filmmaker Oliver Stone. For nearly half a century, the Oscar-winning director and screenwriter has made films that challenge political hegemonies, social issues and fledgling topics that few have the bravado to tackle.

The Nantucket Film Festival has recognized that talent, and now they’re readying to honor Stone with their 2016 Screenwriter Tribute Award.

Stone has had an electrifying career that has spanned the big and the small screen. Working on both fiction and documentary features, he has made over 20 films during his productive career as a director, and written some of the most beloved films of the late twentieth century, like “Scarface,” “Midnight Express” and “Conan the Barbarian.” Stone will be awarded the prestigious prize by Seth Meyers of the NBC late night talk show “Late Night with Seth Meyers.”

READ MORE: Oliver Stone Talks About Critical Responses, His Failed MLK Film and Why He’s Not Excited for the American Future

“Oliver Stone has brought some of the most thought-provoking, illuminating and iconic cinema to audiences over the years. The vastness of his body of written work can be seen in both breadth and depth. Very few screenwriters have consistently reached as high or have taken as many chances in screenplay after screenplay. For us, that is what makes him an exciting filmmaker. We are honored to present him with the 2016 Screenwriters Tribute Award, and could not be more thrilled to have him as a part of our festival,” said Mystelle Brabbée, Executive Director of the Nantucket Film Festival, of the news.

The 21st annual festival is set to run from June 22-27, with the Screenwriters Tribute scheduled to take place on June 25.

Check out a trailer for Stone’s next film, “Snowden,” below: