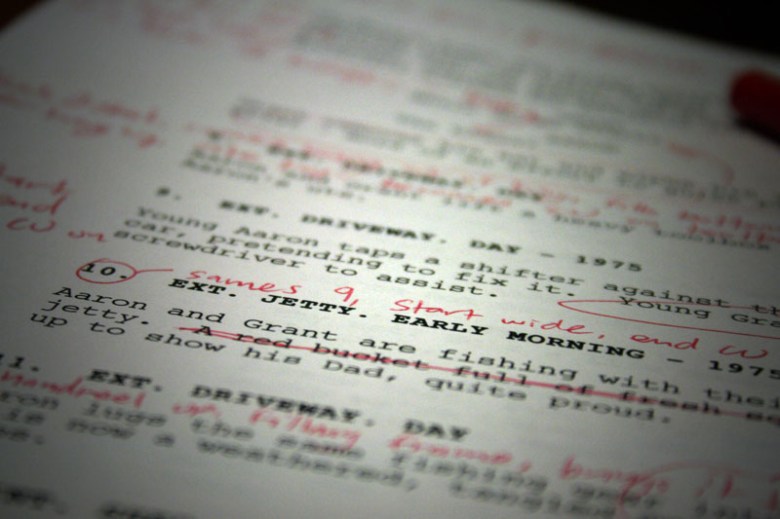 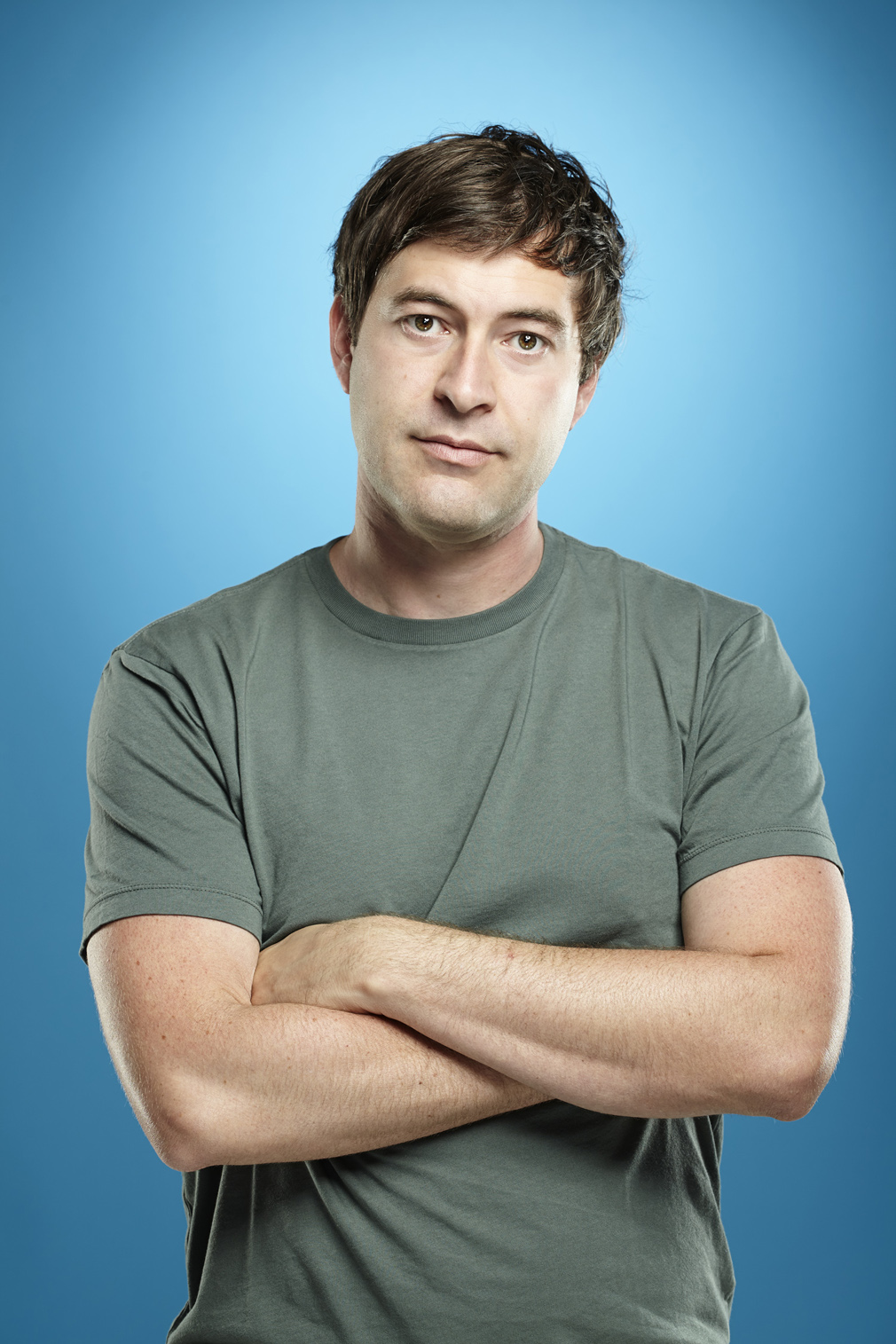 1. The end comes before the beginning.

Francis Ford Coppola, as told to David Seidler: Don’t start a script until you know the end, or at least
what your penultimate, big movie moment is at the end that pulls the whole
thing together. You need to know your destination before you set out on your
trip, because then you know which roads to take. The same thing with the script
itself: If you know what you’re aiming for, you can run a thin red line right
through the structure of your film. Everything that progresses that thin red
line is useful, and everything — no matter how beautifully written, how funny,
how moving — if it doesn’t meet that thin red line, you have to cut it.

Oliver Stone: My advice is, try not to get over-involved in the script
beyond a certain point. Set a limit for yourself. Get the idea out, at least in
a treatment form, because treatments can excite the imagination of the buyer,
but going to a full screenplay, and going all out on it, can be a huge downer
[if the project stalls].

Mark Duplass: I didn’t have any connections or any way of getting into the
film business other than me and my brother making dorky short films with our
parents’ video camera. Eventually we made a small movie that got into Sundance,
and we just felt so overwhelmed with how to navigate that world that we started
clustering our friends around us… Part of it, for me, is knowing that I’m
going to be surrounded by people who are willing to check my ego at the door,
and part of it is also that we just really fucking like each other. Life is
short, and making independent films and TV is really hard. I’ve been doing this
for 10 or 12 years now, and you start to realize the process is almost as
important as the product. We like working with people over and over again, and
feeling the strength in numbers.

READ MORE: Oliver Stone Talks About Critical Responses, His Failed MLK Film and Why He’s Not Excited for the American Future

4. Earn a living, but not by writing.

David Seidler: A trust fund is a valuable writing tool, but if you do
have to earn a living, try not to do it by using up your writing energy. Avoid
at all costs working in advertising, journalism, teaching, reading other
people’s dreadful scripts. You only have so much creative energy in your soul
each day, and if you use it up earning a living, when you get home and say, “Right, after dinner, I’m going to do my two hours on my script,” you’re not
going to work two hours on your script. You’re going to watch television and
drink a beer. Learn a craft. Become a plumber. Make a shoe. You’ll be so bored
doing it, you’ll go the extra mile to get your writing done and become
successful.

Mark Duplass: I can only speak from my own experience, but I guess the
road I tend to recommend continually, the good thing about it is, it doesn’t
require anything other than a shit-ton of hard work, your own ingenuity, your
own absolute refusal to give up and a nice dose of desperation… My brother
and I tried to go out and make the Great American Feature when we were in our
early- to mid-twenties. We used to run an editing business, and we saved up
like $60,000 and we went and shot a movie called “Vince del Rio,”
which was a very poignant, dramatic story about a runner from the South Texas
border, played by me. We didn’t know much about the subject matter. We wanted
to make a movie that felt like “Rocky.” We didn’t know what we were
doing, and we paid for it out of pocket, and it was a steaming pile of dog poo.
We realized that quickly after editing, and it killed us. It took us about a
year and a half to two years to recover from that.

I don’t want to see that happen to other people. You might
be able to go out and make your first feature and have your vision down. Most
people don’t. I definitely didn’t. So what I recommend is the “Five-Dollar
Short Program”: Use your iPhone, use iMovie, and get together your
smartest friends — they don’t have to be filmmakers, they don’t have to be
actors, just people who know you well, that you feel safe around, that you can
fail in front of — and put together one scene that’s five minutes or less, that
takes place between, ideally, three people or less. Try to shoot a scene that
is derived from your life, that feels like the last conversation you had with
either your sibling or best friend or loved one, and you were giggling at two
in the morning about how ridiculous you felt telling a story about what
happened to you. Something in there is totally where your voice is and your
special sauce is. Once you make a bunch of those, you’ll probably hit on
something that feels like you. Chase that.

Cassian Elwes: If people can’t get to the cinemas, they watch movies at
home, on their computers, or on their iPhones. That’s not the greatest way to
see films, in my opinion, but that is the way people are starting to see films
now… Independent films will be the bread and butter of the online viewing
experience, because those are probably the films that people aren’t going to
race out and see. “Star Wars” you’re going to want to go out and see
[in a cinema], but something like [Sian Heder’s] “Tallulah,” you’re
going to want to see it, and if you can’t get to the cinema to see it, you’re
going to want to watch it online and pay for it. That’s our business now.

7. Teach yourself to be more than a writer.

Mark Duplass: It’s really hard, and particularly hard for screenwriters,
because nobody wants to read your script. It just sucks. Until you’ve made
something, until you’ve proven yourself, you’re basically a nuisance to
everyone that you’re trying to get your script to, so you have to find a way to
make yourself valuable. I know the first response is, “Well, I’m not a
director, and I’m not an actor. I’m just a writer.” And my basic response
is, “Then you’re going to be stuck.” I’m sorry, if that’s the way you
think about it, you’re kind of going to go nowhere. My advice is, go ahead and
write the best script you can make. Your favorite script. Don’t even think
about creative limits. Don’t even think about budgetary limits. Then, go write
something that can absolutely be made for under $10,000, and start shooting
your favorite scene from that movie. Become a director. Read a book. Figure it
out. Do it over and over and over again, shoot it 30 times, until it gets good.
And then, at least, you can go to a film festival with that scene and have
somebody say, “So are you a director?” “No, I’m actually not a
director, my main focus is writing, I directed it so I could get here. I would
love for you to direct my script. Here it is.” Otherwise, you’re stuck.