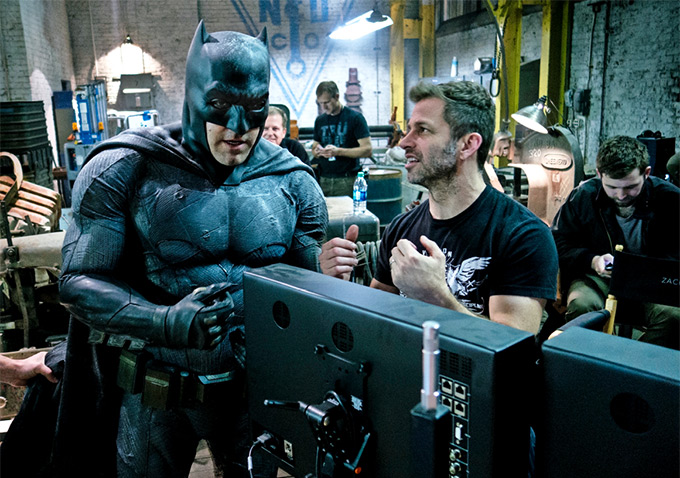 While Warner Bros. and D.C. Comics have entrusted director Zack Snyder (“Man of Steel”) with the task of exploring the humanity behind mythology in “Batman v Superman: Dawn of Justice” and the upcoming trilogy “Justice League” (with Snyder likely helming the first installment), two producers are helping him to facilitate his vision of constructing and deconstructing superheroes in shades of gray. One of them is his wife, Deborah Snyder. The other is frequent tentpole producer Charles Roven, who produced Christopher Nolan’s “The Dark Knight” trilogy.

“One of the interesting things that we really discover and that makes each one of these characters different is how they grow into and embrace their superhero-ness,” said Roven. “I still love the fact that Batman (Ben Affleck) really isn’t a superhero, yet he functions as a superhero. It shows you how great we as humans can be without being superheroes. He’s certainly messed up in a lot of ways — he’s got some issues, as we all do, so he’s relatable.”

Wonder Woman (Gal Gadot) has her own compelling story and journey into becoming a superhero. “We’re going to surprise everybody,” said Roven. “She comes at it from the Greek Gods, who created the Amazons to be an inspiration to mankind. And mankind ended up enslaving them as a thank you. But they were still charged with opening up [our] eyes to other things besides fighting — more nurturing and life giving.” 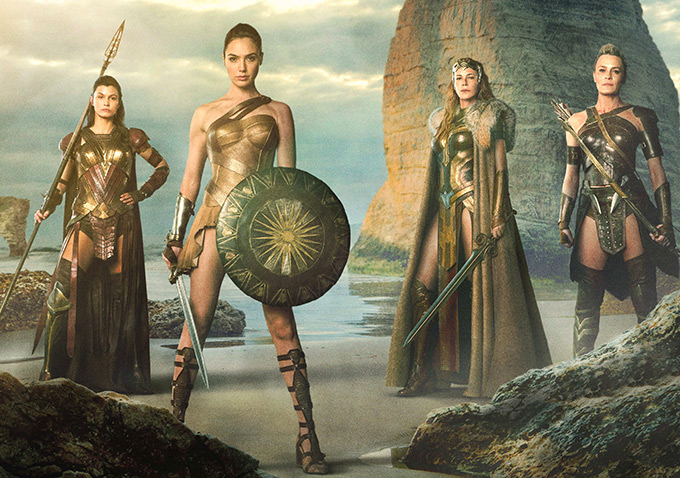 No question, playing catch up with Disney/Marvel is no easy task. Roven respects Marvel and its directors. He produced a some “Scooby-Doos” with James Gunn (director of “Guardians of the Galaxy” and its sequel) and attempted to work with the Russo Brothers (“Captain America: Civil War”).

“The movies are different tonally and that’s great,” Roven emphasized. “Marvel does its thing and hopefully we do our thing as well. Our film deals with those very real things that we face in our lives on an operatic level. Fears that we have of an unbridled power —  whatever that is — and what we have to do to stop it when it becomes corruptible. It’s great to have all of those [mythological] gifts that came before us, to bend, and play with and reform and use in a different way. That makes this stuff constantly fresh.”

And the mythology extends beyond DC Comics. During the opening flashback about the killing of Bruce Wayne’s parents, “Excalibur” appears on the movie marquee in the background. Sure enough, there’s a terrific payoff in the end that separates the men from the boys.

READ MORE:’Batman v. Superman’ Is a Mess, But Who’s to Blame?

For producer Snyder, producing “Watchman” with her husband was the best possible preparation for expanding the DC universe. “I like having these guys in our world and the questions that are raised,” she said. “Yes, there’s spectacle and action and drama. But Jesse Eisenberg’s Lex Luthor is so multi-dimensional and you’re wondering what happened in his childhood that led him down this path.”

Not only that but they always envisioned Batman as a jaded, disillusioned guy scarred inside and out, using Frank Miller’s “The Dark Knight Returns” as a template. 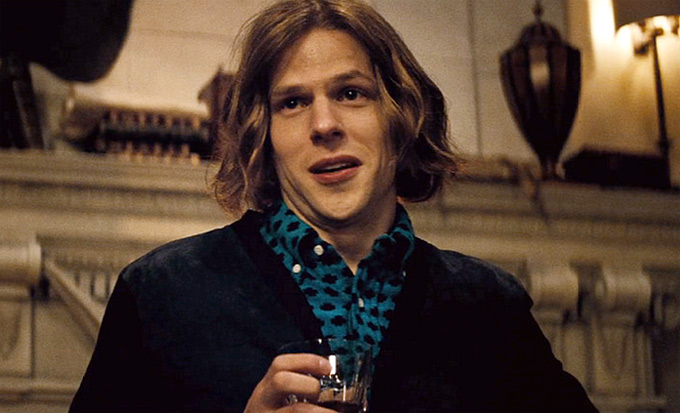 “And it’s been a struggle for Clark [Henry Cavill] because his father has raised him a certain way and he has a crisis and leaves. He didn’t realize there were going to be these consequences. He thought it was simple and Martha [Diane Lane] at one point say,s ‘it was never that simple.’ Once he came out as superhero, he thought he would do good. But who do you do good for? And who wants to control him?”

Snyder disavows the notion that there’s not enough fun in the darker DC comics: “Because it’s dealing with real issues, I don’t necessarily equate that with being dark. We’re complex people and we all go through shit. And we make them more relatable. But the action is fun.”

Letting Lois Lane (Amy Adams) in on Clark Kent’s Superman secret, breaking down the wall between them, created a beautiful intimacy, Snyder said. This yielded a fun bathtub scene. “Lois was interesting to me because through so many iterations she was being rescued and, to me, emotionally, she’s the one who grounds Clark. And If you’re that close to someone, do you really believe that [disguise]?”

“And we can now weave in the individual movies in a way that makes sense,” Snyder said. “It’s an outline that gives us this framework so then you can hire a David Ayer [for ‘Suicide Squad’], who has a totally different tone [dark and gritty] and, as long he knows where we’re going collaboratively, then he can take it where he wants. And Patty Jenkins gives us a hint of who Wonder Woman is in her origin story. We discover when she had her powers but the bulk of the movie takes place in WWI. But it’s book-ended with some real time and she’s still mysterious.”

Snyder promises a lighter tone for “The Flash” (marking the directorial debut of Seth Grahame-Smith), starring Ezra Miller as the youngest member of the DC universe.