'Batman v Superman' is a Mess, But Who's to Blame? (Podcast) 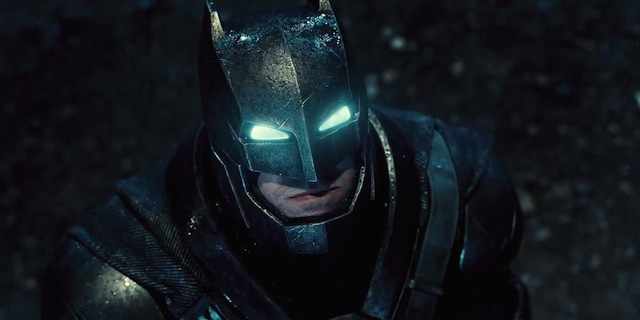 READ MORE: 44 Films That Might Make the Cut at the 2016 Cannes Film Festival

“Batman v Superman: Dawn of Justice” may be dominating the weekend box office, but word of mouth is a different story. Critics can’t stop lambasting Zack Snyder’s super-sized blockbuster, and even fans of such massive spectacles are disappointed. But who’s to blame for these shortcomings — the filmmaker or the studio for greenlighting the project in the first place? That’s the first of many questions addressed in this week’s episode of Screen Talk, which finds Indiewire’s Eric Kohn and Anne Thompson digging into the Hollywood machine from a couple of angles, before considering some of this weekend’s counter-programming — including two musician biopics (with another right around the corner). Then they address the upcoming Cannes Film Festival lineup, which presents a very different set of cinematic possibilities.

Screen Talk is available on iTunes. You can subscribe here or via RSS. Share your feedback with Thompson and Kohn on Twitter or sound off in the comments. Browse previous installments here,
review the show on  and be sure to let us know if you’d like to hear
the hosts address specific issues in upcoming editions of Screen Talk.
Check out the rest of Indiewire’s podcasts on iTunes right here.