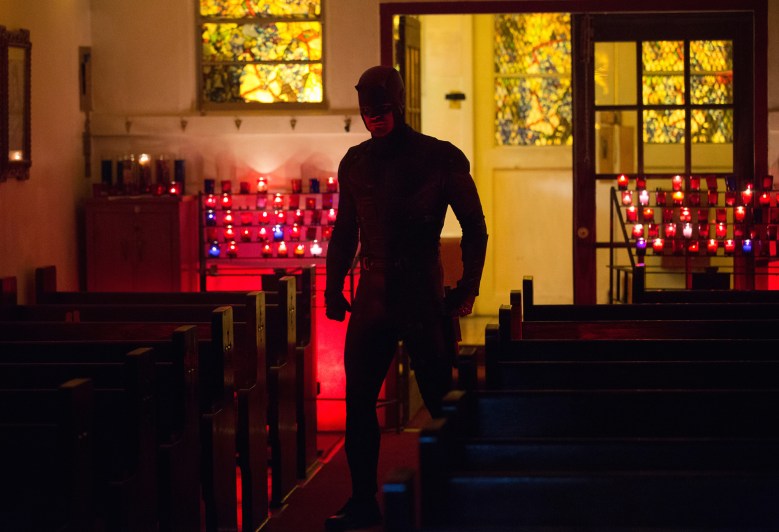 While “Daredevil” Season 2 has less to prove than its first season, the show also has, somehow, more on its plate. Every successful TV show faces this with its second season — the pressure to be bigger, while also maintain the elements that made it so powerful in its initial run. But “Daredevil” also has exterior pressures, specifically that of the larger Marvel universe which it’s meant to coordinate with.

READ MORE: Getting Personal With The Stars and Creator of ‘Marvel’s Jessica Jones’ (And What They Know About Season 2)

What could be a simple story — Matt Murdock (Charlie Cox), a blind man with enhanced abilities, seeks justice in the courtroom during the day and a different sort of justice on the streets at night — grows exceedingly complex when you toss 50-plus years of comic book history into the mix, not to mention the massive film and television universe to which it belongs. Season 2 is to be applauded for bringing in a variety of intriguing new elements: Specifically, two new major characters, and a fresh emphasis on the moral complexities that come with a universe where multiple people put on outfits to aid the greater good (at least in their own eyes).

Season 2 sets the stage for a morality play not just about the role of vigilante justice in our society, but the honest question of how justice can be possible in today’s age — a question that gets pushed to an even more broad and abstract place when Matt Murdock’s Catholic boy upbringing is invoked.

If you’ve ever played Dungeons and Dragons (and you’re reading an article about a Marvel superhero TV show, so there’s like a 40 percent chance that you’ve at least heard of it) you know about the game’s approach to creating morality for characters. People can be good, neutral or evil — but within those levels, there’s nuance. You can be Lawful Evil and embrace rules and restrictions in the name of your gods. You can be Chaotic Good and serve a grand and glorious cause on your own terms. The point is that the battle isn’t between good and evil, but between chaos and order — how your personal code interacts with society’s. Matt Murdock, by the end of Season 1, found his own personal definition there. But Season 2 puts it to the test.

This comes courtesy of Frank Castle, aka the Punisher (Jon Bernthal), who’s out for revenge after the murder of his family, and Elektra (Elodie Yung), a former girlfriend of Matt’s who turns out to be a much bigger part of his world. There’s also the narrative surrounding the struggling law firm of Nelson and Murdock, the ongoing conflicts of New York’s criminal underworld, and the ever-expanding world of Hell’s Kitchen within the Marvel universe, including connections to last fall’s “Jessica Jones.” And while we’re not going to spoil anything, never fear — if you find yourself missing some major elements of Season 1, halfway through Season 2 your patience will be rewarded by their return.

“Daredevil” is a show that loves monologues, has always loved monologues, and Season 2 features some doozies. It occasionally violates the golden adage of “show don’t tell” but offers a nice break from the brutally beautiful fight sequences (including a doozy of a cut-free battle in Episode 3) and lets the non-regulars in the ensemble shine. Bernthal is a little one-note as Frank Castle at times (but, to be fair, the character itself lacks nuance at times) and Yung brings a necessary sly spark to the role of Elektra. 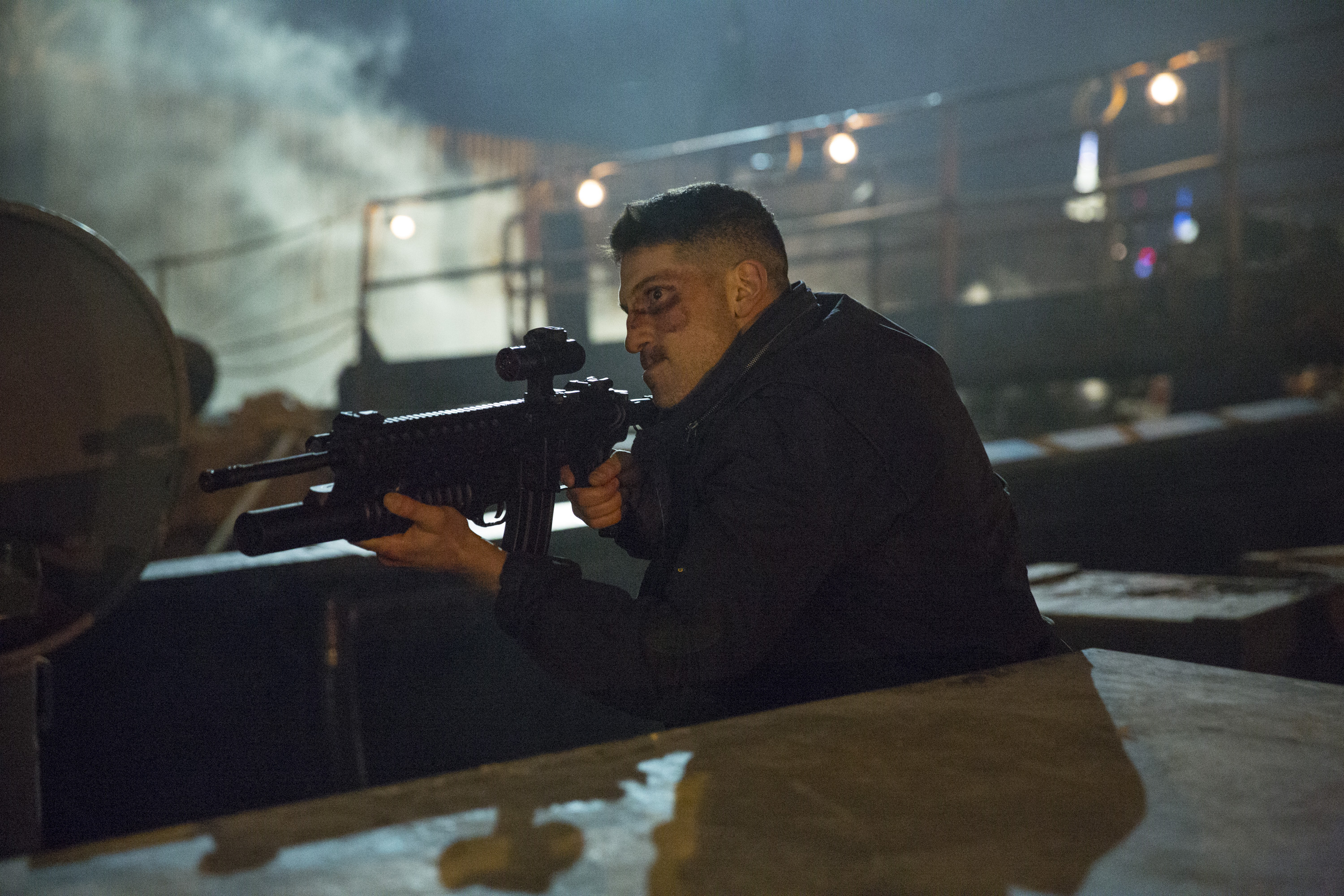 Here’s what’s most interesting about Season 2 of “Daredevil” — it’s a season of television we weren’t ever expecting to see. The plan as originally set forth by Marvel was that we’d get one season introducing Daredevil, then subsequent shows featuring Jessica Jones, Luke Cage and Iron Fist — the four core members of a superhero team called the Defenders, who would then go on to star in a united series.

Perhaps because development on these subsequent series has been going slower than anticipated (“Iron Fist” especially seems to be dragging), “Daredevil” got a second season to continue its own semi-standalone narrative. Because of the comics upon which it’s based, there’s plenty of material to use. But by the end of the season, there’s something about the show that feels used up.

Theoretically, lawyer-by-day/superhero-by-night is a premise that could be sustainable for many seasons, if only based on the pre-existing legacy of superhero TV shows, from “Lois and Clark” to the CW’s current DC franchise. But “Daredevil” Season 2 blows through a lot of character-focused drama, as well as a lot of the major issues that confront the concept of Daredevil as a character.

When it launched last year, “Daredevil’s” goal was to create a new standard for superhero-oriented storytelling — in an interview with Indiewire, Season 1 showrunner Steven S. DeKnight said that “They really pitched it to me as a gritty, grounded show that they wanted to lean more towards ‘The Wire’ than ‘Smallville.'” That’s a helluva bar to set for yourself, to be sure. But one of the most refreshing elements of our first exposure to the series was the fact that its tone, and its dedication to taking the subject matter seriously, brought with it a richness that went beyond, say, what Marvel initially tried to do with “Agents of SHIELD” on ABC. 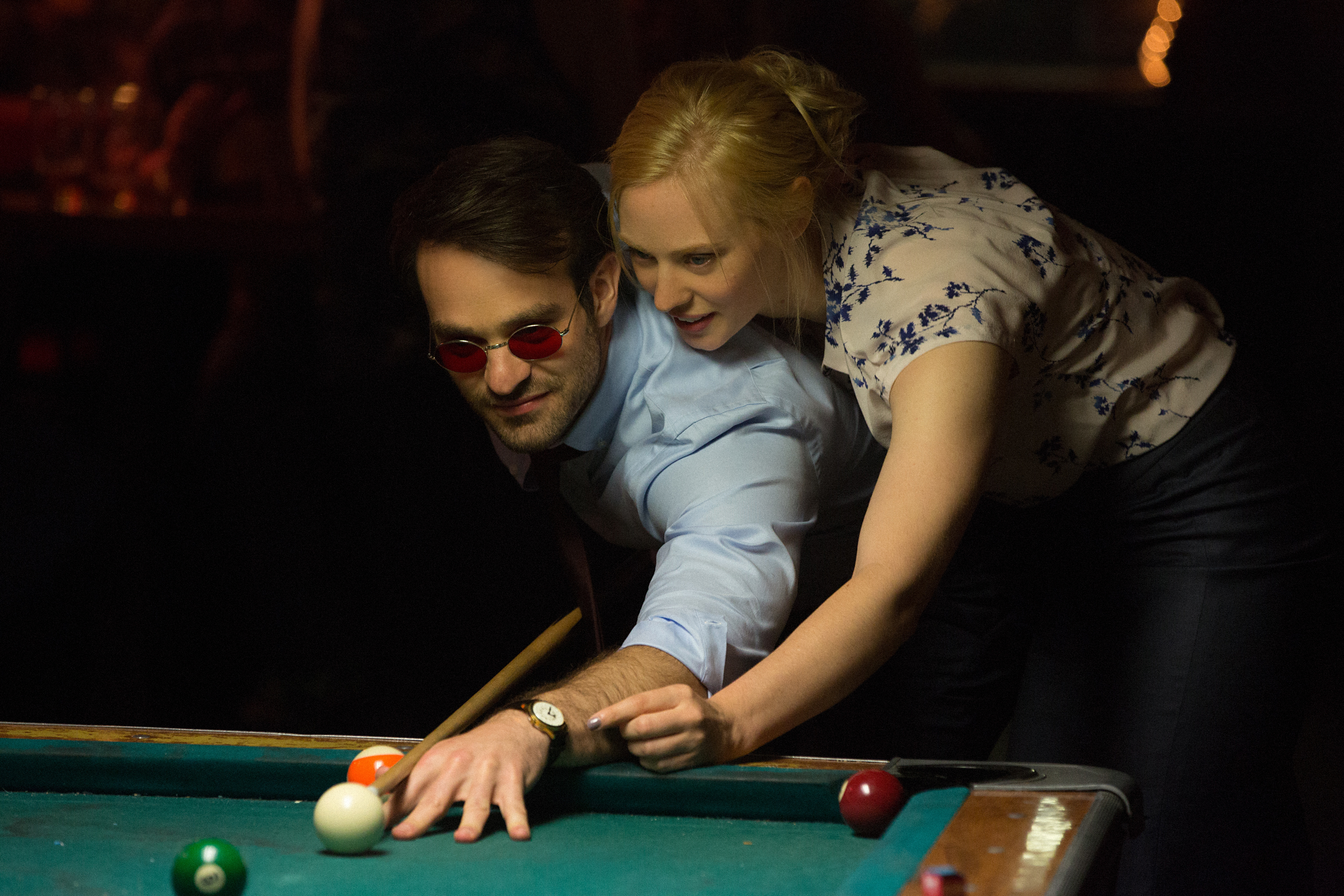 And you know what? It did its job well. It set the stage for “Jessica Jones,” which took this same grounded approach but incorporated a personal and vibrant edge. And this second season doesn’t at all feel like a waste of time. But here at the end, it doesn’t feel necessary for there to be a third season. “Daredevil” knows there’s a bigger world out there, and does engage with it — but it doesn’t leave us screaming to know more about what happens next within this specific little universe.

Marvel and Netflix, you might be tempted to think that the answer is at least another season. But despite a few intriguing final twists, Season 2 didn’t leave us craving a Season 3. Especially because we know that even if we don’t go further with “Daredevil” the show, it’s not the end of the story.

READ MORE: The Guys Running ‘Daredevil’ Season 2 Are Only Maybe A Little Scared About Working With Marvel

This Article is related to: Television and tagged Daredevil, Marvel, Netflix, TV Reviews